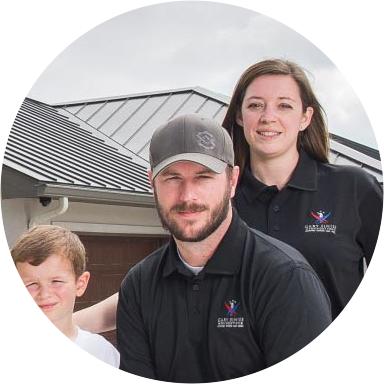 Retired U.S. Army Staff Sergeant First Class Luke Cifka is original from Olympia, Washington. He was always very active in sports and loved spending time outdoors. Luke always knew he wanted to be a part of something bigger, and was drawn to the idea of helping protect the freedoms he had while growing up. He found his calling when he enlisted in the U.S. Army Infantry at Ft. Benning, GA. Upon completion of training, he was deployed to Iraq. Luke continued his military career state-side and attended U.S. Army Sniper School, then attended Non Commissioned Officers Academy and was the honor graduate of his class. Soon after, he was once again deployed, this time to Eastern Afghanistan.

On May 31, 2013, while on foot patrol, Luke was struck by an improvised explosive device (IED). The blast took both of his legs as well as fractured his pelvis, both hands, and face. Luke was evacuated to Germany and then to Walter Reed National Military Medical Center where he underwent dozens of surgeries and years of physical rehabilitation.

They are enjoying the independence that their specially adapted smart home has given their family. Lucas and his wife now have 3 children: two sons and one daughter.