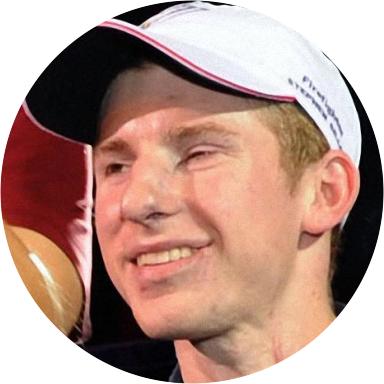 Retired U.S. Army Sergeant Brendan Marrocco was born and raised in Staten Island, NY. His lifelong interest in the military lead him to enlist in December 2007. While in Iraq, on April 12, 2009, during the early hours of Easter Sunday, Brendan was returning from a night mission when his armored vehicle triggered a roadside bomb. The explosion took both of Brendan’s arms and legs. He was left with shrapnel wounds in his left eye and severe burns on his neck and face. His left carotid artery was severed and his nose, left eye socket, and facial bones were all broken. Brendan was taken to Walter Reed National Medical Center for his recovery. He is the first U.S. soldier to survive quadruple amputation.

**Prior to the creation of the Building for America’s Bravest Program, this home was constructed by Building Homes For Heroes and Tunnel to Towers Foundation, supported by Gary Sinise with a donated Lt. Dan Band fundraising concert.