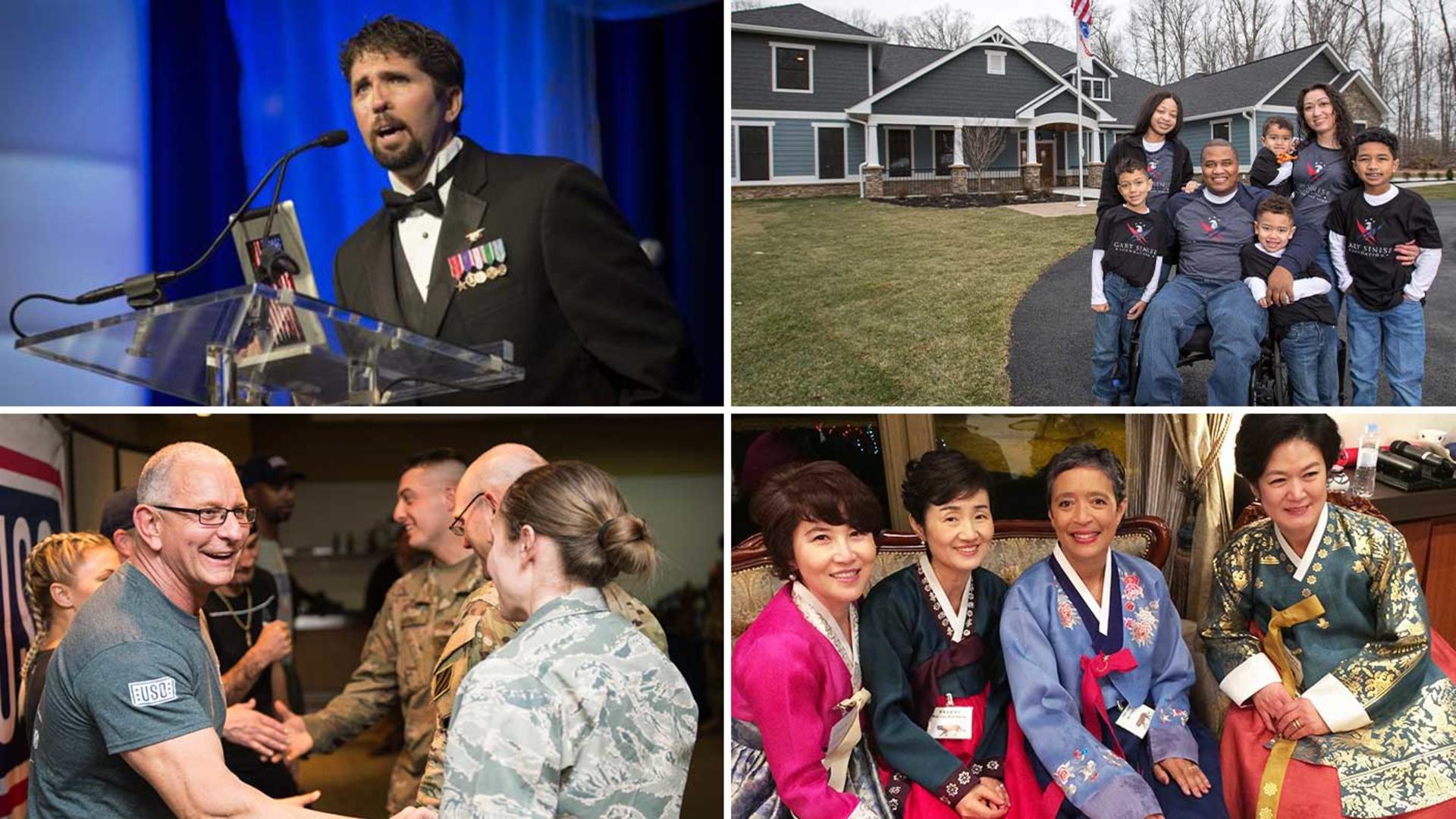 In as little as three months, the nationwide spread of the novel coronavirus (COVID-19) has fundamentally altered the way of life for millions of Americans.

School campuses have closed for the foreseeable future, with the curriculum being delivered online at varying degrees of success. For working parents with children in primary or secondary schools, they have been enlisted alongside educators to play a more active role in their children’s education, all the while working their 9-5 job from the kitchen table.

Professional sports leagues have come to a grinding halt, ending seasons for some and delaying the beginning of others.

Seemingly every sector of the U.S. economy has been directly or indirectly impacted by the outbreak leaving many feeling stressed and anxious as drastic as has been the swings of the financial markets.

With confirmed cases of COVID-19 in all 50 states, the public health crisis shows no signs of abating and is far from containment.

The alarming rate of fatalities attributed to the disease coupled with the speed to which it has spread to far-flung corners of the nation has increasingly been met by cities and counties enacting “stay at home” or “shelter-in-place” orders to quell exposure and transmission of COVID-19.

Increasing numbers of Americans now find themselves relegated to the security and confines of their home, leaving only to go to the grocery store, pick up prescriptions, exercise while keeping a safe distance from others, or visit their healthcare provider.

What was once routine and pedestrian is now fraught with indiscriminate risk.

It is timely, then, that during these challenging times of doom and gloom, voices of hope and reason are heard to comfort those struggling with the circumstances that be.

Drawn from their vault of experiences, Gary Sinise Foundation ambassadors Jeremy Haynes, a retired army major and R.I.S.E. specially adapted smart home recipient, celebrity chef Robert Irvine, Dr. Carol Brooks, a retired physical therapist and educator, and Jason Redman, a retired Navy SEAL offer their words of advice and encouragement on surviving COVID-19 while making the most of your time hunkered down at home while awaiting the light at the end of the flattened curve.

The coronavirus has surprisingly become a blessing in disguise for Jeremy Haynes as an enabler for making up lost time with his family.

On August 5, 2014, then Captain Haynes was critically injured in a "green on blue attack" at a training facility in Kabul, Afghanistan. He was shot four times by an Afghan military policeman who fired on him and several other U.S. service members, including Maj. Gen Harold Greene, who became the highest-ranking American officer killed in the war.

When Haynes was flown back to the states and recovering at Walter Reed National Military Medical Center, his doctors informed him that he might never walk again.

The unsettling reality of being paralyzed below the waist did not discourage him. On a sheet of paper he placed by his bedside, he wrote four words that came to define his recovery: "I WILL WALK AGAIN.”

Looking back on the months he spent recovering in the hospital he said, “The opportunity to see my kids, I craved that so bad to the core of my soul.”

Now, with his family all under one roof, his craving is being satisfied, “Having an opportunity to appreciate these moments of being with the kids all day, I think that is the silver lining,” said Haynes about adjusting to life at home because of the coronavirus. 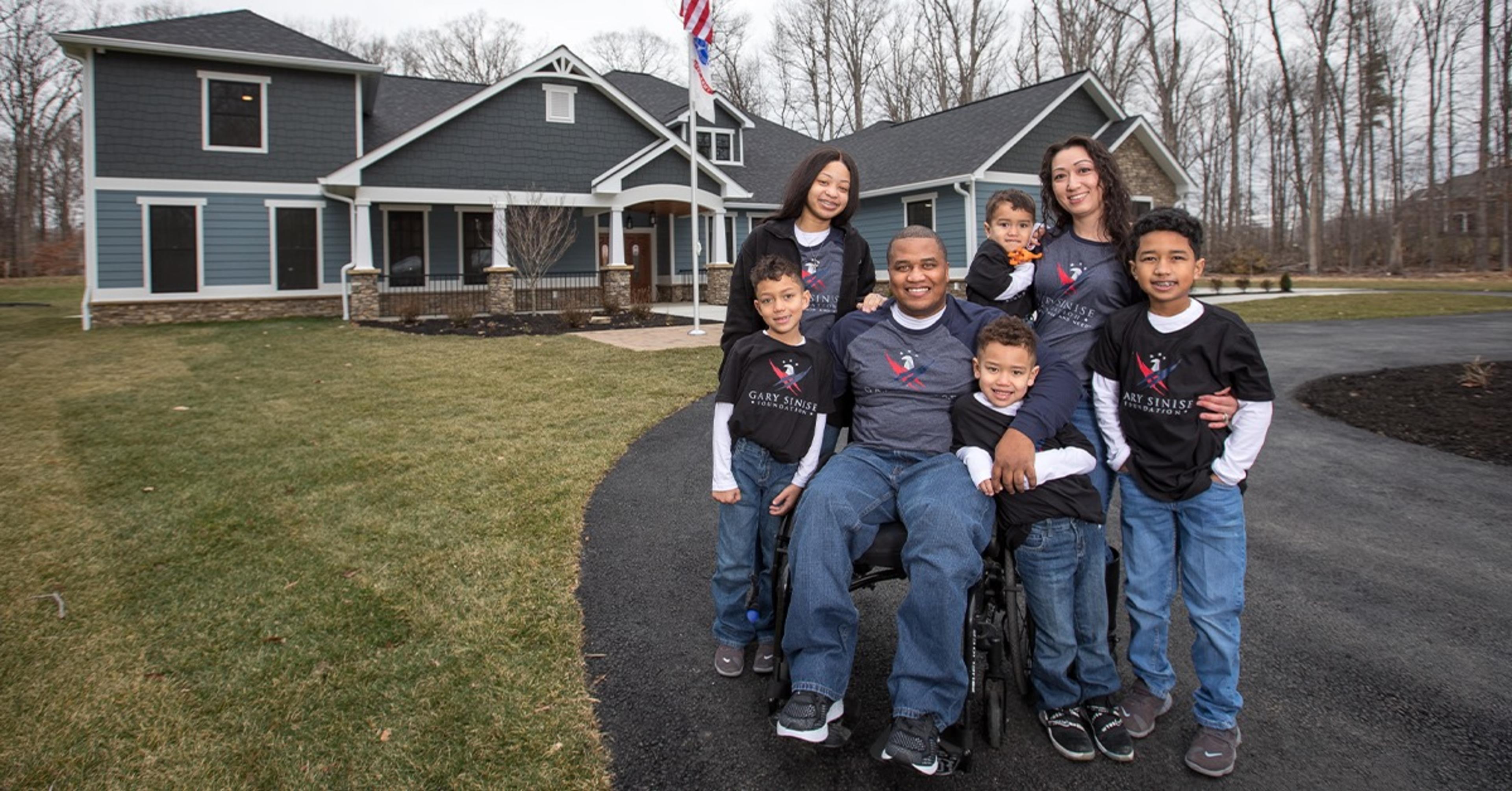 The Haynes family home is quite busy. They have little ones in daycare and preschool, one in elementary school and a teenager in high school, with the oldest daughter home from college. With so many minds to attend to and, having his work and responsibilities to maintain, Haynes and his wife, Chelsea, advise parents to “take a couple of minutes out of the day for yourself.”

The time he has now with Chelsea and the kids, he said, “it provides a lens on how precious life is.”

“My advice is to enjoy the now. Count the small wins right now — this valuable time that we get a chance to spend with loved ones — because time is such a precious commodity.”

As he and his family continue to ride out the storm, his temperament and outlook remain upbeat.

“We are the greatest country in the world for a reason,” he explained. “We, as Americans, have a level of resiliency that is unmatched.”

When push comes to shove, the issues and divisive opinions that divide one from another, are outweighed by a greater force for good. Said Haynes, “When something happens that affects the entire welfare of our country, we create a bridge, and we come together, and we get through it together.”

Before he became a world-class chef, Robert Irvine learned a valuable lesson from his mother about the value of a meal, and for that matter, any meal that she put in front of him: if you don’t eat it, there’s nothing else.

For all his success, Irvine draws a lot of value from an upbringing in England that was marked by rationing, “My parents didn’t have any money.” To make due, he said sometimes his meals would be a sugar sandwich consisting of, “white bread and butter and sugar.”

It is an important point of connection as many families around the nation find themselves struggling to put food on the table, let alone pay the bills.

Key to successfully involving each member of the family in planning the day’s meal is working together in the kitchen and cooking alongside one another, said Irvine. “It’s a bonding moment, and everybody has really bought into the food you’re going to cook.”

“We can only cook the food that we have available to us, and sometimes it’s not always healthy. But we have to do the best we can do with what we have in times of stress.” 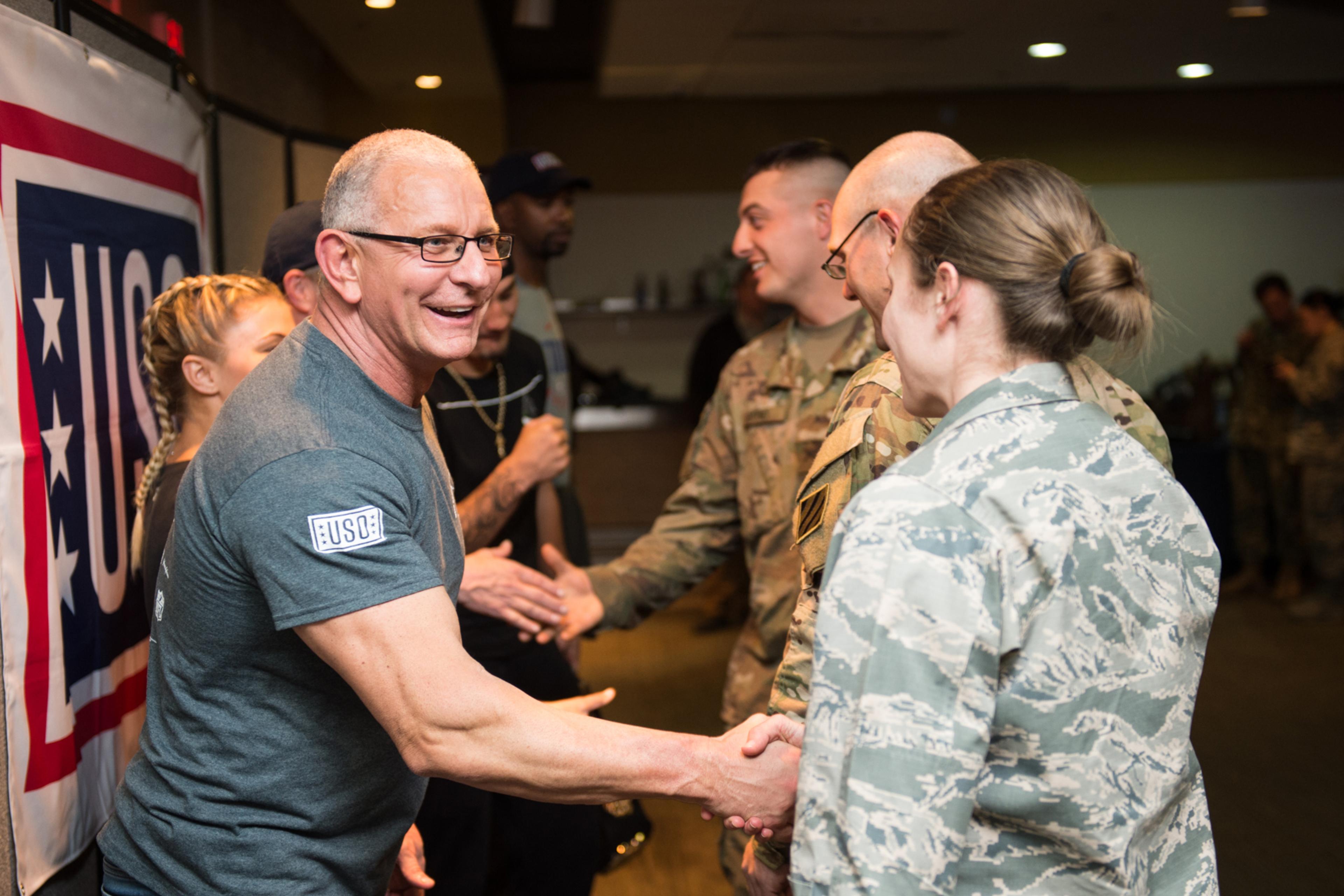 By adapting recipes to what you have in stock, instead of creating something from scratch, explains Irvine, “you can still make the dish no matter where you are.”

Going about that process is not as complicated as it may seem.

At the bare root of figuring out what to cook and how to plan a meal, so long as you have onions, garlic, and a heat source, Irvine said, “What foods do you like? What food do you have? And how can we combine the two to make something that you’re going to eat, and that is going to be nutritious enough?”

With thousands of recipes available on his website, adapting the ingredients to what you have available in your pantry or your refrigerator or freezer, leaves plenty of opportunities to make a meal whether it is hearty and healthy or made for comfort.​

Nearly half of all Americans feel worried or anxious about their mental health because of the coronavirus, according to a recent poll conducted by the Kaiser Family Foundation.

Citing the potential for being laid off and taking hits to their personal finances, Americans' economic concerns are as high as the stress and anxiety they have of potentially being infected by the disease.

Unsurprisingly then the poll finds that 45 percent of adults feel that worry and stress related to coronavirus have had a negative impact on their mental health.

How best to alleviate stress, anxiety, and depression during challenging times is something Carol Brooks, a retired physical therapist now adult educator, knows all too well as a military spouse of nearly four decades. 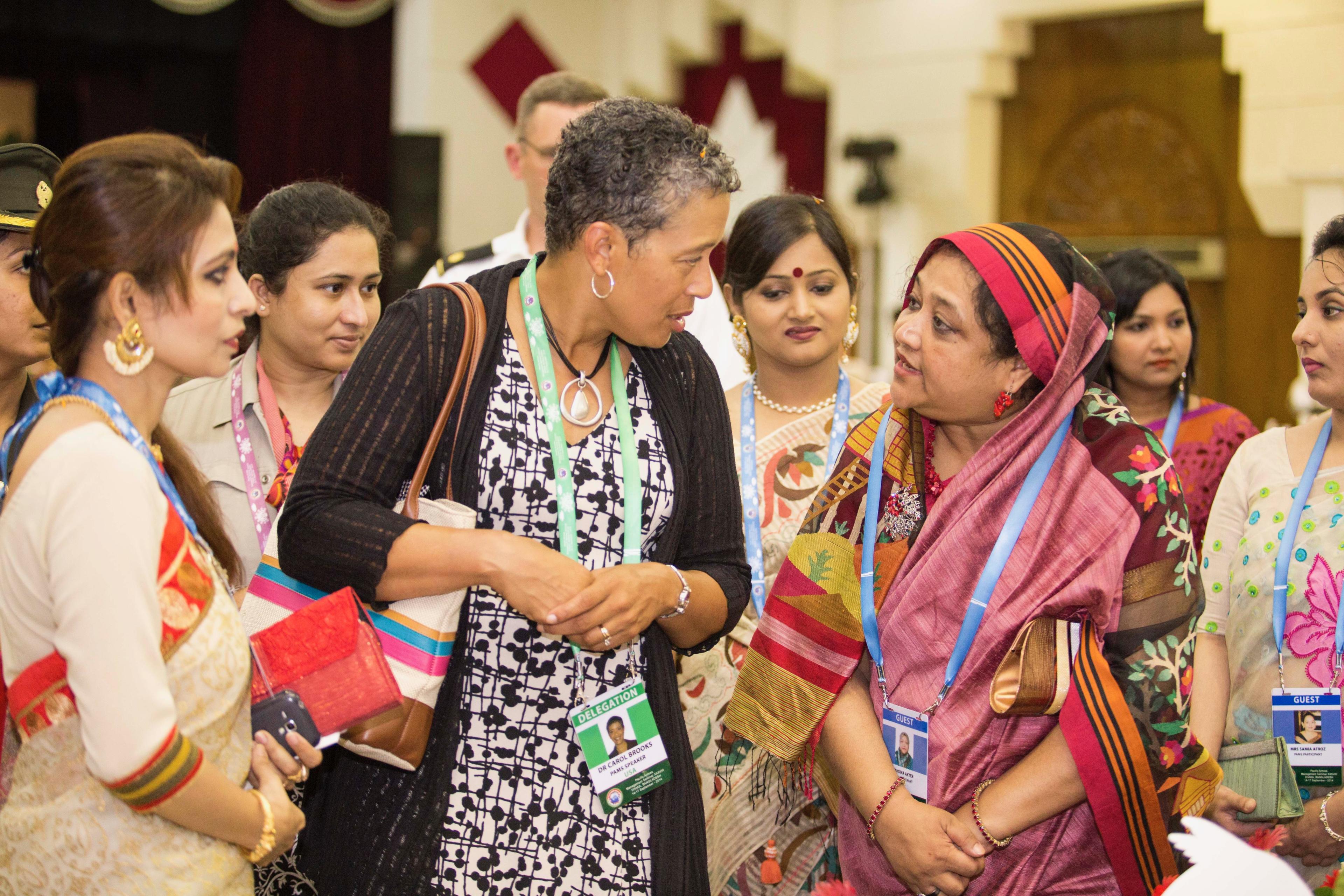 Over the years in which her husband, retired Army Gen. Vince Brooks, was on deployments overseas including to combat zones in the Middle East and Afghanistan, Carol saw her mental health unravel.

“For a long time I suffered from chronic depression,” she said about having constant feelings of stress and anxiety when Vince was overseas.

Sleepless nights, too, compounded her depression, which she said, runs in her family.

The loss of her father nearly 22 years ago while she and Vince were stationed in Korea, brought matters to a head, yet it’s also given her a platform to support others in the military community struggling with depression.

Over time, Brooks learned to recognize the triggers that would be an onset to depression, and how to combat them.

Chief among the proactive measures she took was getting a good night's rest.

Drawing from lessons she learned from the military about proper sleep hygiene, she recommends, “Sleeping with earplugs or an eye mask because those are the things that will protect you from LED lights in the room and other noises and distractions that might wake you up.”

Another way to cope during stressful times, Brooks said, is by focusing outward instead of inward, by connecting through the empathy of others.

In the past, when Carol and Vince were apart from one another during times of stress and strain — communicating only through email, texting, phone calls, and FaceTime — she said communicating with her family and friends became valuable outlets and a way to lessen the hardship she was going through.

For better or worse, the coronavirus has given households across the country access to the most precious commodity on the planet.

Unlike oil or gold or personal data, this commodity is not traditional.

It is a commodity distinguished by its moments of laughter and love, of embrace and shared resilience, alongside loved ones and family.

That commodity, Brooks points out, is time.

“Everybody in life gets ambushed,” explains Jason Redman, a retired Navy SEAL whose 20-year career included deployments to hotspots around the world.

A life ambush, he explains, isn’t exclusive to just the battlefield. The explosions and gunfire he experienced in combat can be compared to in the civilian world as the loss of a job or mental or physical injuries or even related to personal finances.

His metaphor on life is not to be taken lightly.

During a combat operation in Karmah, Iraq, on September 13, 2007, Redman and a team of SEALs got caught in an ambush after unsuccessfully locating the whereabouts of a high-value Al-Qaeda leader.

In the ensuing firefight, he took eight rounds to the body, including one to the face. Given the severity of his injuries, he was lucky to survive.

The most powerful weapon people have in their arsenal, Redman explains today as a public speaker, is choosing to be positive. “You can choose to be negative and be mired down and have the victim mentality, but it accomplishes nothing.” 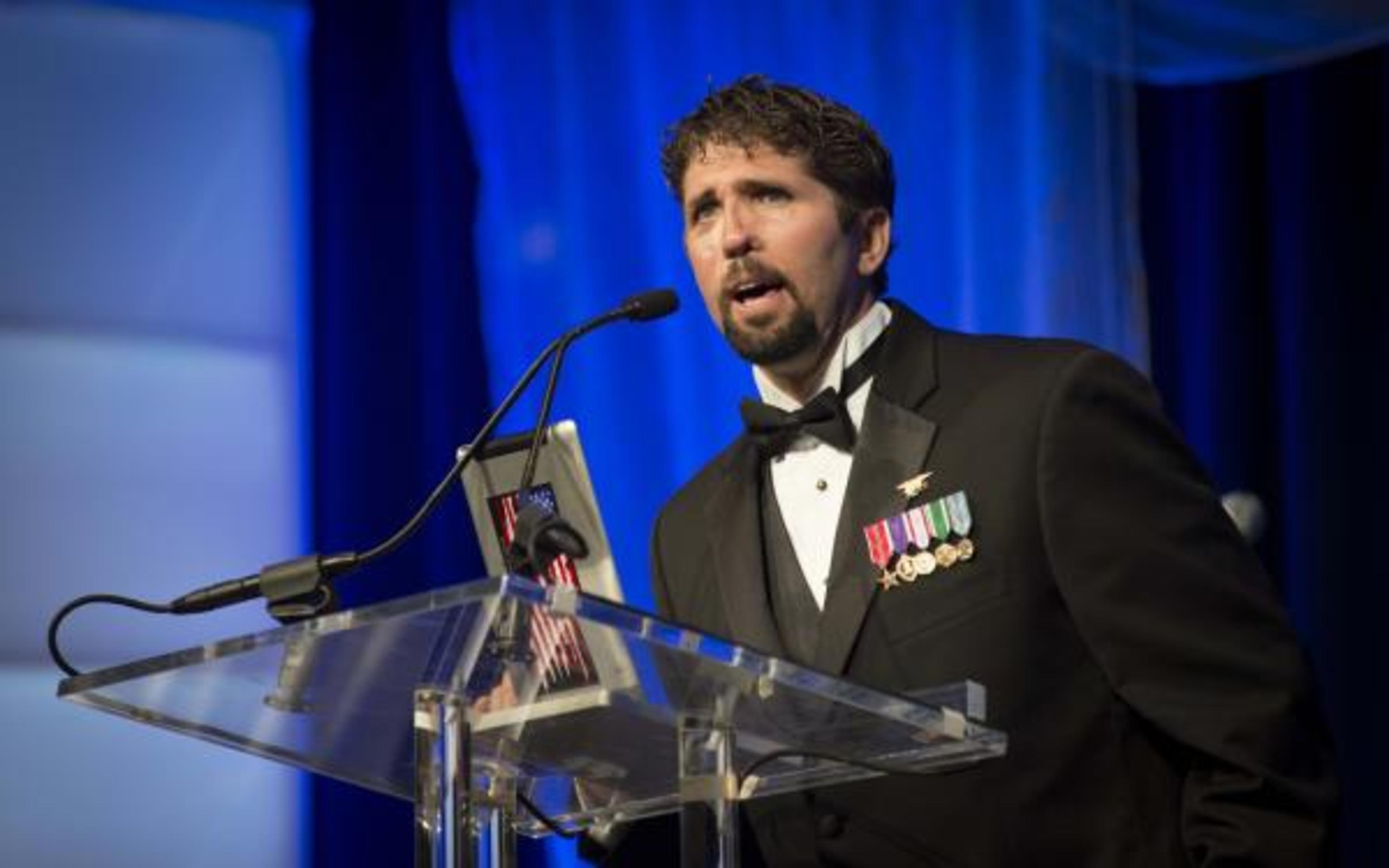 Months of rehabilitation at Walter Reed National Military Medical Center reinforced in Redman the relationship between a positive mindset and overcoming adversity.

That same mindset is key to thriving during the current crisis and “moving the needle in your life,” he said.

With so much time now spent at home, Redman sees it as an ideal opportunity for people to use it to their advantage.

“What a great time to take care of yourself,” he said about using the circumstances to improve your diet, fitness, and education.

He suggests adding structure to your life by incorporating achievable physical, personal, and professional goals into each day.

“Your goal should not be to survive this thing and come out the other side.”

Instead, he said, you should “come out of your house and be ready to hit the ground running because you maintain forward progress.”

At some point, the coronavirus will eventually stop spreading, and the curve will begin to flatten.

Said Redman, “You just had to keep grinding and driving forward and focusing on the positive things.”