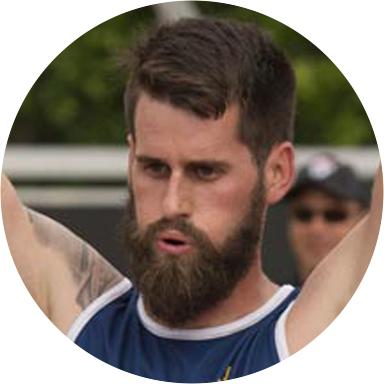 Retired U.S. Army Sergeant Stefan LeRoy grew up in Santa Rosa, CA. He attended college at Cal Poly in San Luis Obispo and enrolled in their ROTC program. In 2010, he left school to enlist in the Army.

On June 7, 2012, while deployed in Afghanistan, Stefan and his platoon were clearing improvised explosive devices (IEDs). Suddenly, two IEDs detonated and Stefan rushed to aid those injured by the blasts. While carrying an injured soldier to a Medevac helicopter, Stefan was struck by a third explosion. He lost both of his legs immediately.

Stefan was transported to Walter Reed National Military Medical Center where he spent over a month in the hospital. He spent two years learning to adapt to his prosthetics, drawing strength from his friends and the other amputees at the hospital. Sixteen months after his last surgery in September 2014, he ran the Boston Marathon.

The Gary Sinise Foundation was honored to provide Stefan and his family with a specially adapted smart home, which has eased his daily challenges, allowed him to regain independence, and focus on his family.