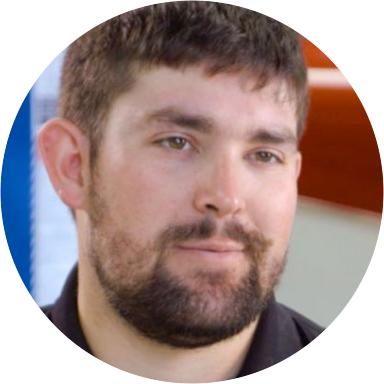 U.S. Marine Corps Sergeant (Ret) Nick Kimmel grew up in a small town in central Washington. Although Nick was offered a baseball scholarship out of high school, he felt called to serve his country and joined the United States Marine Corps in 2008.

On December 1, 2011, while on deployment in Afghanistan, Nick’s unit was building a patrol base for the Georgian Army just south of the Kajaki Dam. During construction, Nickwas standing on the forks of a TRAM (military forklift) ensuring a guard post’s roof was square. When Nick jumped from the forks, he landed on a 40-pound improvised explosive device (IED). As a result of the blast, Nick lost both of his legs and his left arm. He is one of a handful of triple amputees who survived his injuries.

Nick woke up three days later at Walter Reed National Medical Center. While there, he enduredseveral surgeries every other day for an entire month. On January 1, 2012, Nick flew with his father to Naval Medical Center San Diego to begin his outpatient and physical therapy care. Nick’s doctors told him it would take thirteen-fifteen months to walk on prosthetics. Nick surpassed their expectations and began walking in just seven months. Nick was even able to fly to Japan with his father for his unit’s homecoming.