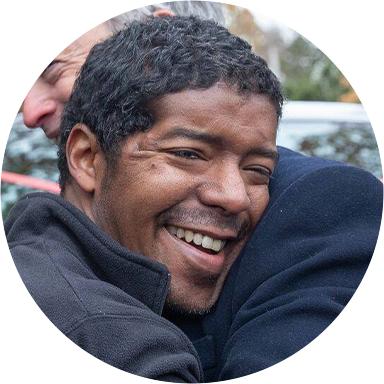 Born in Minnesota and raised in Missouri, retired U.S. Army Sergeant Legrand Strickland joined the Army two years out of high school. After his first enlistment, he entered the National Guard as an Infantry Rifleman. He then graduated college while in the Guard with a degree in graphic design. Upon re-enlistment, Legrand was a part of the 82nd Airborne Division.

Returning from a mission in Zabul, Afghanistan on February 2, 2010, Legrand witnessed an improvised explosive device (IED) strike his Commander’s vehicle ahead of him. His Commander survived the blast and joined Legrand in his vehicle. As they drove away, Legrand’s last memory is being struck by another large explosive. Legrand survived, but his Commander and the driver did not. In critical condition, Legrand was flown to the nearest hospital, then to Germany, then to Ft. Sam Houston Brooke Army Medical Center. He sustained many injuries, including bilateral above-knee amputations and traumatic brain injury (TBI).

The Gary Sinise Foundation was honored to provide a specially adapted smart home to Legrand and his family. Legrand has continued to focus on his rehabilitation and utilizing the custom aspects of the home to regain his independence.