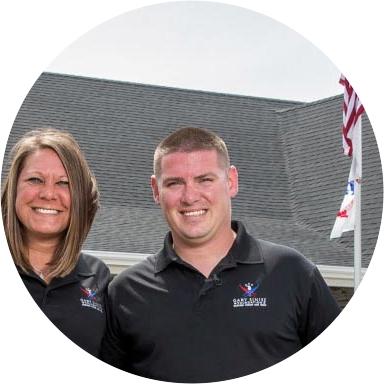 Retired U.S. Army Sergeant Greg Hedrick was born in Philadelphia and grew up in Camden, NJ and Chesapeake, VA. On 9/11, Greg was only in the tenth grade. He was deeply affected by the events of that day and left for the Army two months after his high school graduation.

Greg served two deployments in Iraq and a third in Afghanistan. On September 20, 2012, he was on a mission to recover a downed vehicle that had been struck by an improvised explosive device (IED). It was then that his own vehicle was struck by an armor piercing rocket propelled grenade. The attack left one dead and two injured. Greg lost his left leg above the knee, most of his left hand, and suffered severe PTS and TBI. He was flown to Walter Reed National Military Medical Center where he underwent countless surgeries and years of physical therapy.

While in the hospital, Greg was visited by US Army SSG Travis Mills, a GSF Ambassador and a specially adapted smart home recipient. He believes Travis’ inspiring words marked a turning point in his own journey of recovery.

Greg and his family moved into their new specially adapted smart home on April 13, 2017.