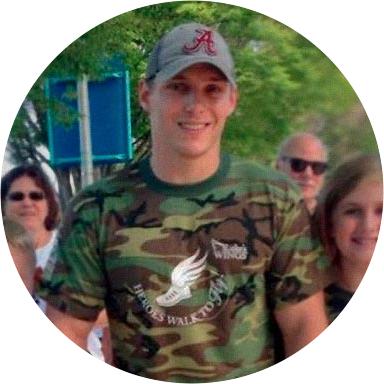 Retired U.S. Army Sergeant Eric Hunter never really found a sense of purpose until he joined the military at the age of 22. He first deployed to Iraq in 2010.

Eric’s second deployment in April 2012 took him to Southern Helmand Province, Afghanistan. On May 31, 2012, while on a dismounted patrol with his unit, Eric stepped on an improvised explosive device (IED). The bomb took his right leg and shattered his left, along with many other injuries. Eric was flown to three different hospitals before arriving at Walter Reed National Military Medical Center.

Eric spent 4 years at Walter Reed National Military Medical Center where he has undergone 61 surgeries with more possible surgeries in the future. Eric feels significant pain daily in both his salvaged leg and his amputated leg. He has spent the last 2 years living in a non-handicap accessible rental in Marietta, GA. Since Eric cannot use his wheelchair in his home, he has had to cope with being in pain while walking or scoot from room to room. The Gary Sinise Foundation was honored to provide the Eric a specially adapted smart home, which has further enabled this soldier and his family to move forward with their new life together.