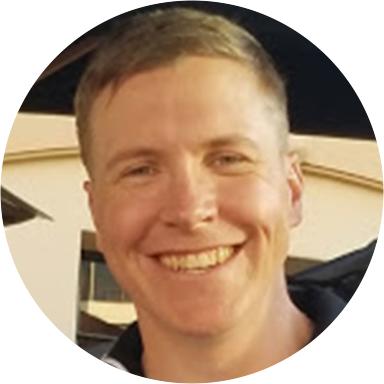 Retired U.S. Navy Petty Officer Second Class Doc Jacobs grew up splitting his time between Central California and Northeast Ohio, spending most of his free time outdoors either hiking in the Sierra Nevada or hitting baseballs into the cornfields of his grandparent's farm. Throughout his school years, Doc participated in many activities and sports, including baseball, track, FFA, FHA, ASB, and even poetry. Playing baseball was his all-time favorite thing to do, and he still enjoys going to Cleveland Indians games with his Dad. Coming from a long line of military members, Doc knew he would keep the lineage strong. He enlisted in Summer 2004 and was sent to boot camp soon after. After a year of Navy Corpsman training, he was assigned to a unit and sent to Ramadi Iraq.

On February 25, 2006, 6 months into his 7-month deployment, Doc was severely injured in an IED explosion. Early in his Company's patrol, a Humvee was struck by an IED. After switching vehicles and rearranging members, they headed back to base. On the way, his Humvee was struck by a triple stack IED, which took two lives, left two soldiers as amputees, and resulted in other serious injuries. He was medevacked through Balad Surgical and soon transferred to National Naval Medical Center Bethesda via Landstuhl. After three months in Bethesda receiving critical surgeries, he began outpatient recovery and transferred to Naval Medical Center San Diego.

Doc was determined to continue his service. He fought to achieve his goal, becoming the Navy's first amputee Corpsman and of all Naval Personnel to return to a deployable infantry unit. However, after several jaw surgeries left metal in Doc's face and mouth, he was deemed undeployable by the Navy. Soon after, he chose to retire from the Navy to pursue dreams and goals in other areas of life.

Doc has struggled to find a home with features that help his physical needs, such as a single-story home or first story bathroom. Receiving his specially adapted mart home has made everyday tasks easier for Doc, especially when his arthritis in his ankle, knees, and back prevent him from daily tasks. His specially adapted smart home has enabled him to feel less alone or removed from his family when they are in the same house.