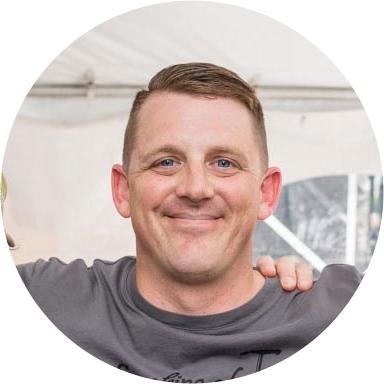 Retired U.S. Marine Corps Staff Sergeant Brandon Dodson considers San Diego home, though as the son of a Marine, he has lived in many different places around the world. At the age of 18, two years after the attacks on September 11, 2001, Brandon followed in his father’s footsteps by joining the United States Marine Corps. He served through five combat deployments, held a high ranking position, and achieved many great accomplishments with his platoon all while keeping their safety his top priority.

On August 9, 2014 during his fifth deployment, Brandon and his platoon were on a mission in a small village when he stepped on a hidden pressure plated improvised explosive device (IED). Brandon remembers opening his eyes to chaos around him. His first instinct was to take care of his men, until he realized he was the one in need of care.

Brandon suffered severe injuries from the blast. Both of his legs were amputated above the knee. He spent months at Walter Reed National Military Medical Center where he underwent many surgeries. At the time, Brandon lived in a small apartment at Walter Reed for two years, far from family in San Diego.

The Gary Sinise Foundation is honored to have built Brandon a specially adapted smart home in California where he can reclaim his independence near his loved ones.