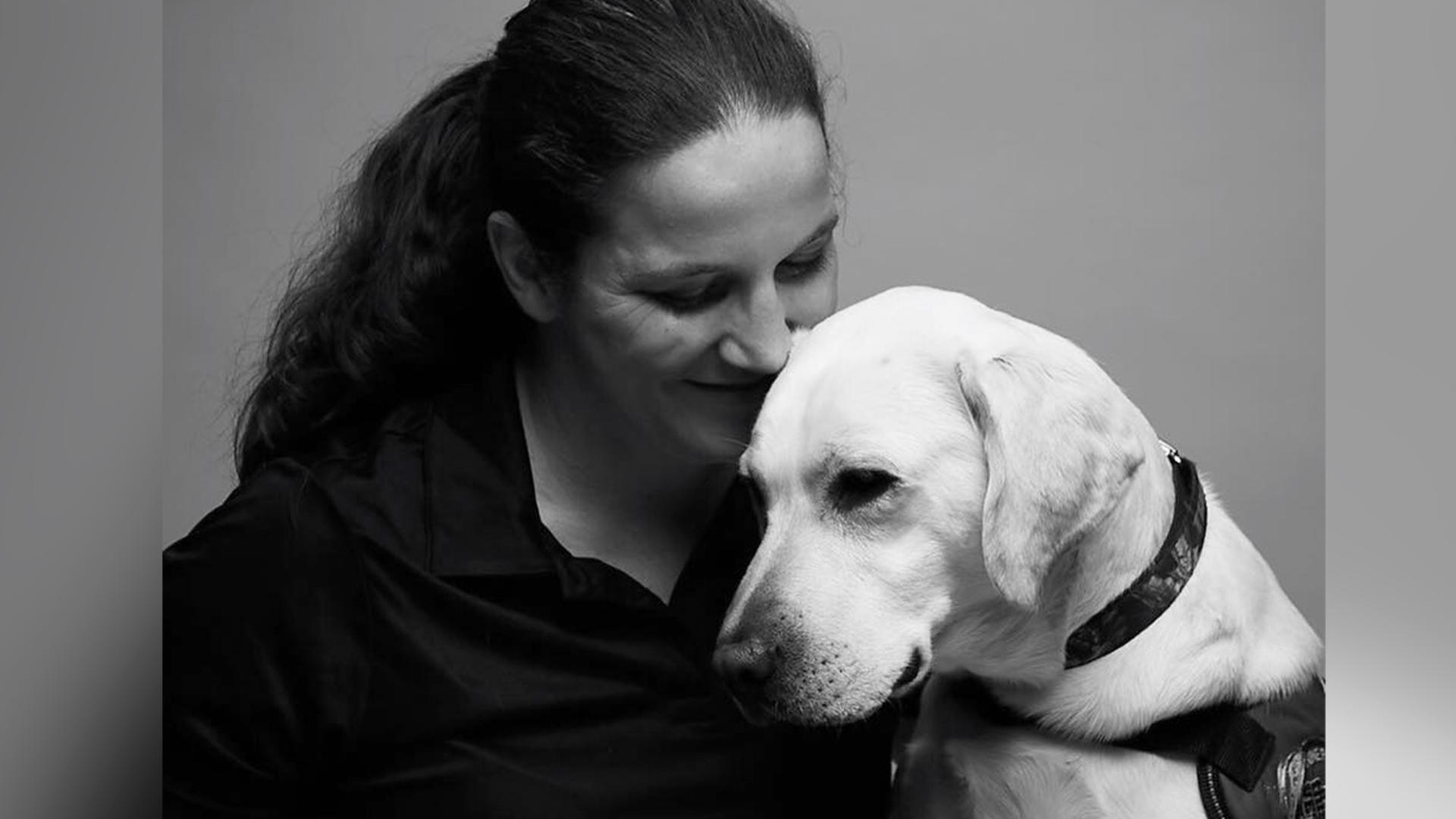 Kimberly DeFiori shares the trauma she experienced in Afghanistan so that other veterans and first responders aren’t afraid to ask for help. To dispel the notion of weakness in seeking treatment for post-traumatic stress disorder and traumatic brain injury.

She talks about the haunting memories that drove her to the bottle. How, without seeking help, she nearly killed herself.

She recounts the horrific night in Germany so that other victims of sexual assault and rape never feel guilt or shame or at fault.

What was supposed to be a promising military career was instead cut short by a decade-long struggle waged behind closed doors. Yet, it emboldened her voice at a time when veterans and first responders are experiencing a silent epidemic.

DeFiori, 35, grew up in Kingwood, Texas, near Houston. The youngest of three siblings was a stand-out swimmer at Kingwood High School. She was on the 200-yard medley relay team that placed sixth in the nation. To this day, only six other swimmers at her school have surpassed her time in the 100-yard breaststroke.

Swimming programs from the NCAA’s three divisions took notice. Recruitment letters were piled high in two milk crates, DeFiori remembers. Yet her mind was already made up.

“As soon as 9/11 happened, that kinda sealed the deal that I want to go fight and win America’s wars,” DeFiori said. In June 2004, she arrived at the United States Military Academy right as her oldest brother, Chris, graduated.

United States and coalition forces were already in the initial phases of the Global War on Terrorism: combating Al-Qaeda and the Taliban in Afghanistan and the Saddam Hussein regime in Iraq.

The wars were never far from classroom discussions, leadership exercises, or mealtime conversations. Said DeFiori, “It’s always in the back of your mind that not everyone in the mess hall will be alive and make it through the war.”

When a West Point graduate is killed in action, DeFiori said, all 4,400 Corps of Cadets are called to attention inside the mess hall. The time and place of death, rank, and name are read aloud, followed by a moment of silence.

In September 2006, Second Lieutenant Emily Perez was killed in Iraq by an improvised explosive device. She was a senior when DeFiori was a freshman. “That definitely hit home for a lot of us because it’s someone we saw,” DeFiori said.

From the time DeFiori stepped foot on campus in 2004 through the end of 2008, West Point lost 59 graduates in Iraq and Afghanistan; 104 since hostilities began in 2001.

DeFiori went home to Kingwood two weeks before flying to Germany. It was May 2010, the last time she would see everyone before deploying to Afghanistan. Already, the war had claimed hundreds of lives.

Neighbors and friends from high school were invited over for a crawfish boil in the family’s backyard. DeFiori’s grandparents flew in from South Carolina.

Their conversations were light. She and her former teammates talked a lot about winning the state championship. They reminisced about dancing in each other’s car and swim meets that lasted forever, playing Dance Dance Revolution, and how they hardly slept at sleepovers.

“Good luck,” her friends told her as they said goodbye. “Stay safe.”

Her parents cried at the airport. By then, Chris was already in Iraq. Now it was their youngest daughter’s turn to fulfill her oath. “They [military] don’t prepare you for that,” DeFiori said. “You don’t know if you’re going to make it back...You just never know what state you’re going to come back to your parents.”

By Memorial Day, the war in Afghanistan had claimed the lives of 1,000 U.S. service members.

Mortars rained down on Forward Operating Base (FOB) Salerno in eastern Afghanistan. It was around 2 a.m. on August 28 when DeFiori jolted awake. Her heart was pounding. She slipped on her gear, grabbed her rifle, and sprinted out of the tent towards the firing.

A suicide bomber standing 20 feet from her, DeFiori remembers, suddenly dropped to the ground, killed in the exchange of gunfire. The Taliban offensive lasted into the afternoon. “Between the shake and the bang, it just jolts you awake,” she said. “That jarring wake up, I still don’t sleep through nights.”

Nighttime raids, too, upended her Circadian rhythm. “Some of the most deadly times in Afghanistan were at night. So, I think my brain is in survival mode at night than it should be.” Shockwaves from explosives left her equilibrium in tatters. She hardly slept.

DeFiori returned to Germany in 2011. The war was thousands of miles away. She assumed she was safe.

She admittedly had a lot to drink during a night out with officers she knew and some of whom she didn’t. To their protest, she told them she was fine to walk home alone. The bar was just a few blocks from her apartment. But a young lieutenant insisted he walk her to her door.

For career and promotion reasons, she never reported the officer. “The military didn’t have a great track record of prosecuting people that were accused of sexual assault...I didn’t have faith in the system.”

Years passed before DeFiori accepted what happened that night. “I was raped by another officer about 60 days after deployment.”

She left Germany soon after the attack.

“I had four suicide attempts in Alaska, and I was in command, but I never said anything. I just wanted to be a hard-charging officer.” 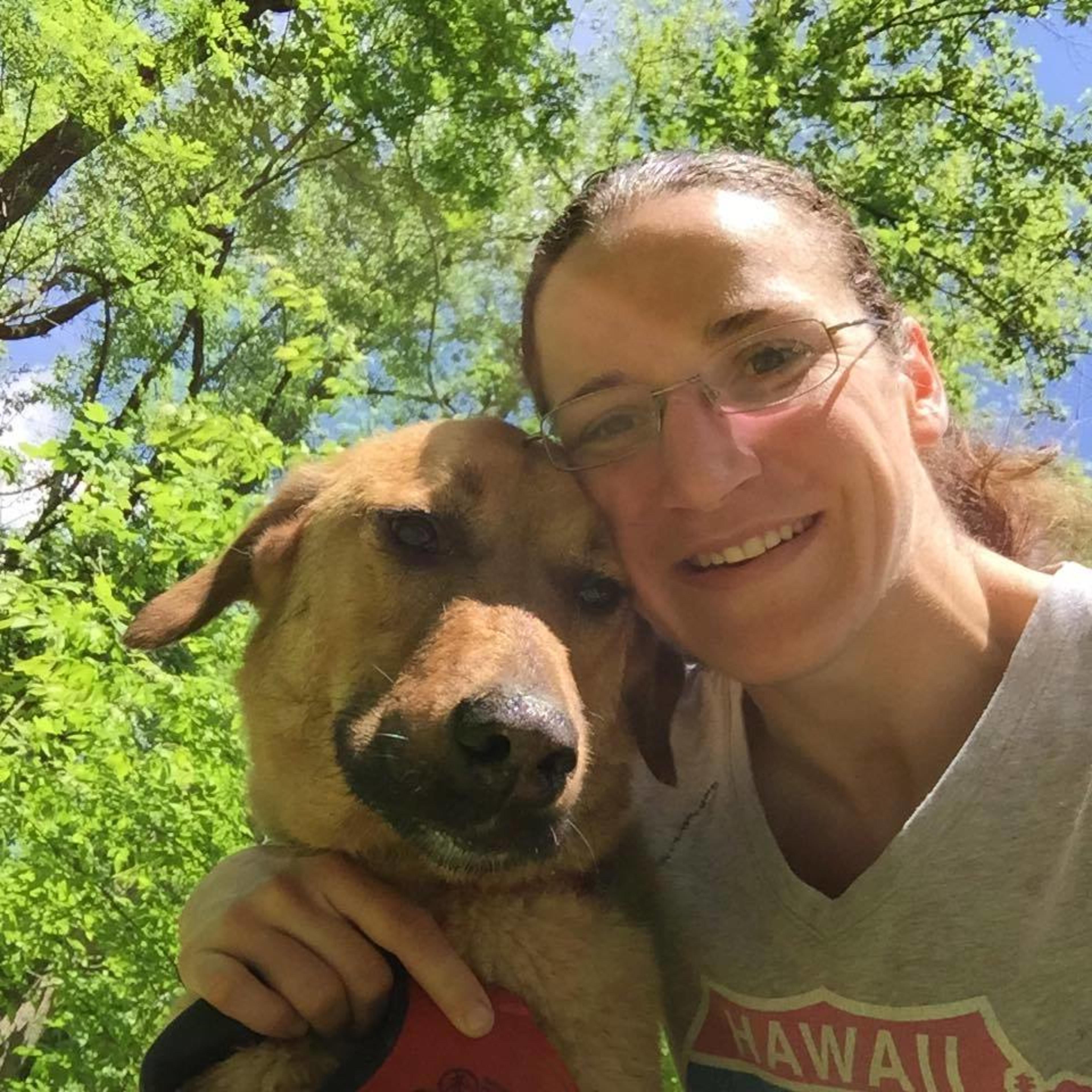 DeFiori led two lives at Fort Wainwright in Fairbanks: by day, she was a military police company commander; after sunset, she was a wreck. “I would get my .45 out, make sure it wasn’t loaded, hold it by my head,” she said. “I was rehearsing to kill myself.”

She came close to pulling the trigger on four separate occasions. Each time before loading the gun, she wrote a letter to her family explaining how sorry she is, how she wishes things were different, and why suicide is the only way to end the pain. She never wanted to hurt anyone.

While assigned to the Pentagon in 2016, her suicidal thoughts reached a broil. Nightmares of charred Taliban corpses inside a blown-up truck haunted her. Alcohol became useless in quashing the flashbacks and pain. Sleep eluded her. She was done rehearsing.

Inside DeFiori’s Arlington apartment one evening in April, she loaded a .45 caliber pistol, switched the safety off, then pressed it against her temple. Her finger rested on the trigger. Her heart rate quickened as she started feeling relief, then calm. Then she felt something unexpectedly warm.

“I was very fortunate because I had a dog,” she said about Yardim, an Anatolian Shepherd, whose head was resting on her lap. “He would always bring me back to the moment.”

DeFiori medically retired from the Army in December 2017. Degenerative disks in her back, PTSD, and TBI cut her career cut short. “I definitely wanted to be a career officer. I never saw anything besides an Army officer in my future.”

After the suicide attempt a year earlier, she spent 40 days at Salt Lake Behavioral Health in Utah undergoing PTSD and substance abuse therapy. She was later paired with a PTSD service dog named Thor. “He’s a cuddly goofball,” she said of the four-year-old Labrador. Thor is trained to respond to DeFiori’s anxiety. He interrupts her when she is having a nightmare or flashback. “I need him as much as he needs me.”

While in therapy at Walter Reed National Military Medical Center in Maryland, DeFiori befriended a sexual assault survivor. “Sara was just a really kind person,” she said of Sara Laszaic, who, like DeFiori, served as a military police officer. (She previously worked for the Orlando Police Department.) “I just saw a lot of amazing qualities in her.”

For years Laszaic struggled with alcohol addiction. Only after dating DeFiori was she inspired to get help. “It’s been extremely helpful for both of us to be supported in both going to therapy and remaining sober and supporting each other,” said Laszaic, who medically retired from the Army in 2019 with PTSD.

“I owe everything to Kim.”

A mild or moderate injured brain, “If given the right tools, has the capacity to get healthier,” explains Jeffrey Hebert, a physical therapist at the Marcus Institute for Brain Health (MIBH) near Denver. An associate professor at the University of Colorado, Hebert was among a team of specialists who treated DeFiori last January by rehabilitating her vestibular system (physical mobility and balance).

According to her medical history, DeFiori’s brain trauma accumulated from exposure to explosive blast waves and blows to the head while participating in Army combative tournaments – mixed martial arts bouts. Treating these brain injuries required a holistic approach grounded in physical therapy.

DeFiori went through a battery of intensive motion and balance tests. Her hearing and vision were overstimulated to gauge her body’s response. Yoga, art, and equine therapy rounded out her treatment.

Each day of the three-week program, Hebert said, “helps remodel the brain and condition the brain to take in that stimuli so that the patient doesn’t become overwhelmed.”

“The big picture is quality of life and being able to live a more fulfilled life,” Hebert explained. “And being able to do things that people want to do rather than being told that this is your new norm and that you’re going to be a wounded warrior forever.”

DeFiori learned techniques for regulating her stamina and setting short-term and long-term goals. Today, she said, “I’m able to function and know how to schedule my day and be a productive member of society.”

“I know how to put myself first a lot more, and I know the steps I need to accomplish what I want in life.”

In 2019, she and Laszaic co-founded Badges United Foundation in response to increasing suicide rates among first responders. In recent years, suicide has outpaced line of duty deaths for firefighters, law enforcement, and EMS — a disturbing trend not lost on the two former Army police officers.

The foundation offers wellness workshops and financial aid to first responders for mental health treatment. DeFiori said, “It’s for the average person that has seen not average events.”

Despite ongoing therapy and “symptom management,” DeFiori recognizes her trauma might never go away. Still, she shares her story, her message with veterans and first responders: Help is available. You are not alone.