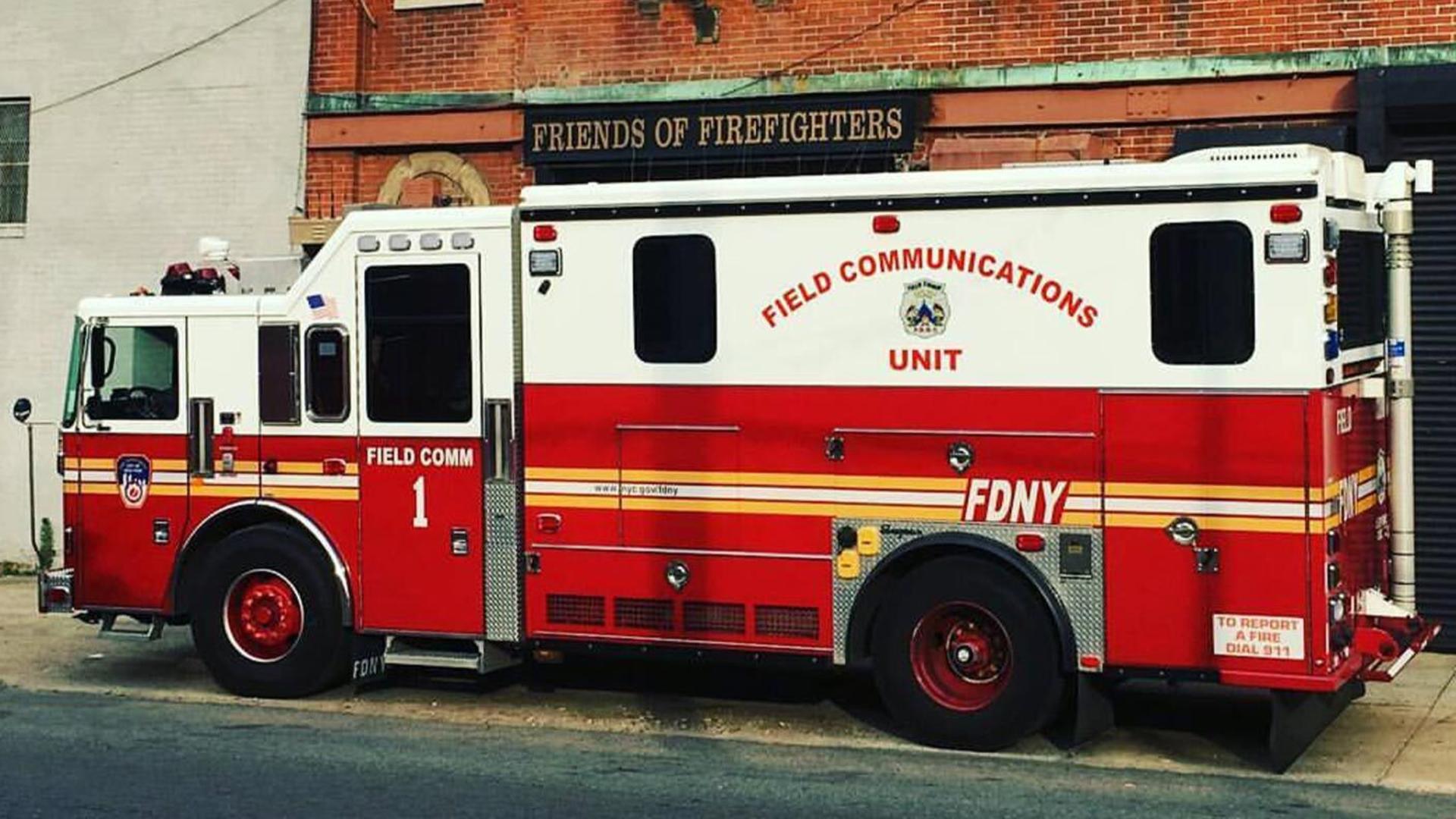 Friends of Firefighters​ was founded in the aftermath of the terrorist attacks on September 11, 2001, to assuage​ the ​mental health needs of FDNY firefighters, by offering free counseling and wellness services​​.​ ​But 19 years later, the Brooklyn-based nonprofit finds itself on the frontlines at an unprecedented moment in its operating history when the need for mental health professionals by first responders and the public alike is in tremendous demand — due in large part to the novel coronavirus.

​​Last October, the Gary Sinise Foundation awarded Friends of Firefighters with a three-year, $300,000 grant to bolster the mental health counseling services at its five locations across New York City. The timing of the grant, explained Nancy Carbone, founder and executive director of Friends of Firefighters (FoF), was a godsend.

After the first official confirmation of coronavirus in New York City on February 29, between March, April, and May, deaths attributed to COVID-19 exploded at an unprecedented level experienced like nowhere else in the country. At one point in early April, New Yorkers were dying at a rate of one every two-and-a-half minutes.

This comes as first responders and law enforcement departments nationwide grapple
with a startling reality silently affecting its ranks. According to a widely cited report prepared by the Ruderman Family Foundation, in recent years, the fire service and law enforcement are more likely to die by suicide than in the line of duty.

Authors of the 2018 report found that repeated exposure to traumatic and horrific
events, over time, are contributing factors to the current surge in suicide experienced by firefighters, paramedics, emergency management services (EMS), and law enforcement.

The findings come as no surprise to retired FDNY firefighter Lieutenant Tony Mussorfiti who, like many others in the department, went through his career adhering to the adage of “compartmentalizing,” separating what happened at work from life at home.

“That’s why the suicides, the drug abuse, the alcohol, and the divorce rate are through
the ceiling,” said Mussorfiti, who spent 23 years in the FDNY and sits on FoF’s
board of advisors. Through July, the FDNY EMS has lost three of their own to suicide.

According to Stephanie Cherry, associate director at FoF and a licensed mental health
practitioner, the silver lining to come from COVID-19 has been the accessibility of mental health services to first responders. “We’ve had clients who are attending sessions much more regularly because they don’t have to manage either a commute or childcare or a schedule,” Cherry said. Counseling sessions are temporarily being offered by phone or virtual.

The strain placed on firefighters at the height of COVID-19 — augmenting firehouses
that lost personnel because of infection or quarantine — by working additional shifts was particularly difficult.

“On the one hand, it’s great because they’re doing something purposeful and that’s a very protective factor when it comes to PTSD,” said Cherry, “but also, emotionally and physically, it’s exhausting.”

Adding to their anxiety and stress, Carbone said that at the height of the COVID-19 outbreak, firefighters and EMS were asking themselves after each shift: “How are my actions going to affect my family?” Many, she explained, slept in a rented camper van, their vehicle, or the basement as protective measures for fear of exposing their families and loved ones to the coronavirus.

The FDNY, for its part, operates the Counseling Service Unit (CSU). But fear of confidentiality being broken and the potential consequences affecting promotability within the department, some say, have hampered firefighters’ willingness to come forward and speak up.

Said Mussorfiti, “Your reputation in the fire service is everything. You would rather be respected than liked. To let somebody know that you’re overwhelmed by something, you would never do that.”

At FoF, said Carbone, “We’re providing the first responders with a sanctuary, and we are providing licensed counselors that understand the culture.”

Cherry and three other counselors work with clients coping not just with relationship
problems and anxiety but also with depression and post-traumatic stress disorder. Unlike currently serving firefighters who can lean on the daily grind of the job as a method of continuous distraction against PTSD, retired firefighters, on the other hand, are more likely to talk about their PTSD.

“The active members come for relationship problems, and we find that retired members come for PTSD and trauma,” said Cherry, who worked for years counseling clients experiencing trauma and PTSD, before joining FoF. “In retirement, for the majority of them, they’ve lost their identity. They’ve lost the camaraderie that they once had in the firehouses. They’ve lost the structure of, and the purpose of going to work. And, to a large extent, the positive distraction of continuing to keep busy.”

Those factors, she explained, play into retirees remembering — even reliving — traumatic experiences from their service like the March 25, 1990, fire at the Happy Land Social Club, when an estranged boyfriend of a club worker deliberately set the place ablaze, killing 86 people.

But seeking help and recognizing the larger issue is an endemic, cultural problem not limited to just the FDNY. It’s also a problem, Cherry said, that runs along generational lines.

“The fire department, we’re a very close-knit organization,” explained firefighter John Sorrentino, who retired from the FDNY after 22 years. “We don’t share our emotions with people.” His firehouse in Brooklyn lost eight firefighters on the morning of 9/11. He said the memories from that day are always in the back of his mind, and easily recalled.

“Any day when it’s a beautiful, clear, sunny blue sky, the first thing I think of is, ‘wow, this is exactly what it was like on the morning of 9/11,’” said Sorrentino, who received counseling from FoF after 9/11 and on occasion years later.

To a certain extent, 9/11 helped break the stereotype of therapy equated with a sign of weakness, said Carbone. But both she and Cherry admit that there remains more work to be done with respect to reaching more active and retired firefighters. Over time, they see FoF’s outreach efforts shattering those barriers.

The economic ripple effects from the global health pandemic have been hard on FoF’s budget. They have weathered hard times before. Still, Carbone explained how the Gary Sinise Foundation’s grant removes some of the financial pressure of coming up with creative — and for the better part of 2020, virtual — fundraisers. The results, however, have been mixed. “It’s been tough,” she said.

The Gary Sinise Foundation began supporting FoF in 2017, sponsoring once a month
Kitchen Talks (and paying for the meal) that brings together 15 to 30 rookie firefighters and retired firefighters for topical conversations. For the inexperienced firefighters, Kitchen Talks are a practical education that, before 9/11, was a common opportunity at firehouses around the city.

“After 9/11, such a tremendous percentage of firefighters retired or died that that experience was no longer available to the young firefighters,” said Carbone. Kitchen Talks essentially fill this void by transferring the experiences from one generation of firefighters to another.

The grant FoF received last October also established the Gary Sinise Foundation Center of Wellness — In Honor of John Vigiano at its Red Hook office. Vigiano, who retired as a captain, was beloved amongst rank and file firefighters in New York. He lost both his sons in the line of duty on 9/11.

Counting FDNY firefighters and EMS who served in the military, and who are currently splitting time in either the National Guard or reserves, said Cherry, “They’re appreciative. They value honor. They value good work. Having both the Gary Sinise Foundation’s name up here and John Vigiano, it goes a long way.”

Kinga Mielnik joined the FDNY in 2003 and was first introduced to FoF in 2012, days after Superstorm Sandy ripped through the city. Like so many New Yorkers whose homes and personal belongings were damaged by the surge and subsequent flooding, firefighter Mielnik, who at the time had just given birth to her third child, was no different.

“All our clothes, all our furniture, all the kids’ stuff, that was gone,” she said. As donations poured into FoF and redistributed to first responders in need, Mielnik was on the receiving end of clothing and essential baby supplies. Not long after, she began going to therapy sessions for personal matters, including anger management. 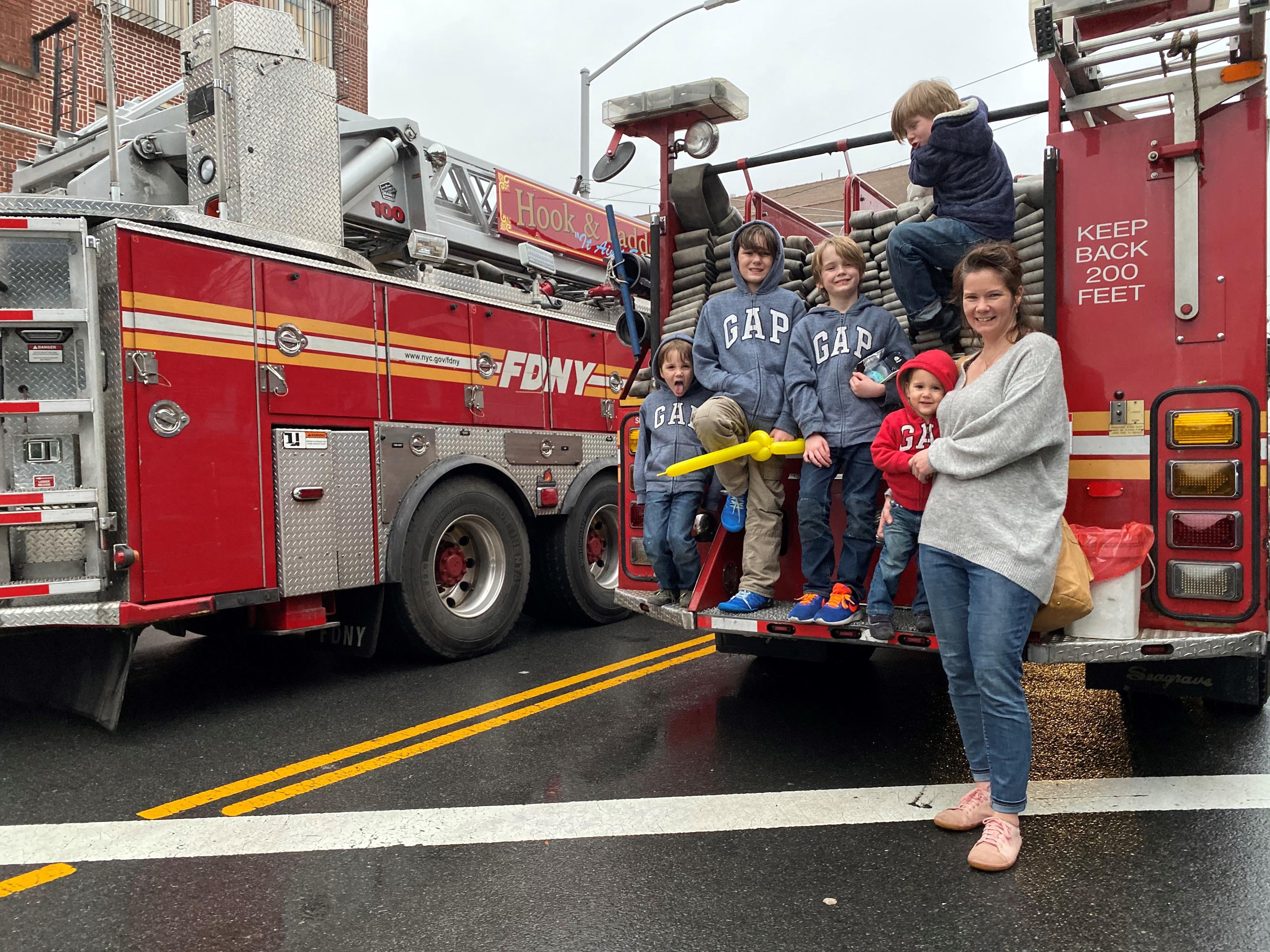 From time to time, she’ll phone one of the counselors to talk through a family matter involving, say, a disagreement with her husband or mother-in-law. The techniques she’s learned in therapy, particularly empathy, are also being utilized in the firehouse and while responding to calls.

At the current rate of counseling requests FoF is fielding — therapists as of July have supported 97 active and retired firefighters through 1,068 counseling sessions — Carbone said she’ll likely need to hire an additional counselor in the next two months.

Armed with a three-year grant from the Gary Sinise Foundation, Friends of Firefighters will be there — albeit virtual for now — to answer the call.