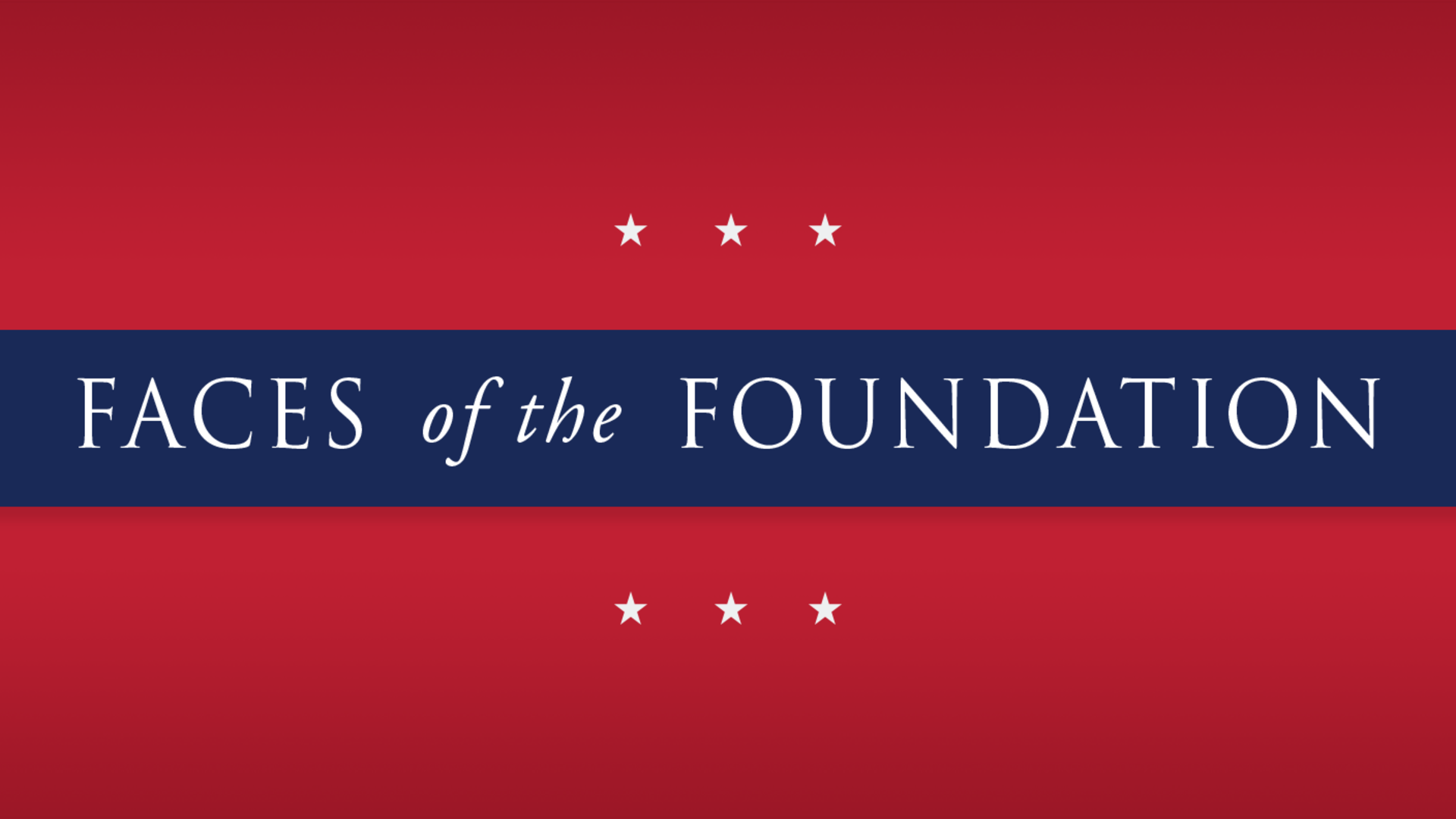 Hannah Luppino joined the Gary Sinise Foundation while it was still in its infancy. Originally hired as an events assistant, she now oversees hundreds of events across the country and at military installations around the world organized by the Foundation as its Director of Events.

From Soaring Valor which brings veterans of the Second World War, and on occasion high school students, to the National World War II Museum in New Orleans, to Gary Sinise Foundation Snowball Express which hosts community events year-round for families who have lost a loved one while in service to the country, Hannah and her team flawlessly accomplish a no-fail mission that has positively impacted countless lives of service members, veterans, first responders, and their families.

The first in our series of monthly blog posts that reveals a look at the faces of the Gary Sinise Foundation, here are ten questions with Hannah Luppino.

You’ve been working at the Gary Sinise Foundation since 2014, how did you first get involved?

​I graduated from Loyola Marymount University in the spring of 2014. I was looking for a job and one of my professors knew the recruiter who was hiring from the Foundation. He called me and said, “you know you’re interested in events and you’re interested in nonprofits, we’ve got this cool opportunity with an actor who was in CSI: NY we think could be a great fit for you.”

I interviewed and started when there were only ten of us here. It was exciting.

What has it been like for you to see the evolution of the Foundation over the last six years and the expansion of its events?

It began with my boss and I running all of the events but, there were a lot fewer of them at the time. I was here when we started Soaring Valor, and we learned a lot of lessons after that first trip. And then Bobby [George] joined our team, and we began to see the evolution, but were still working very hard all the time because we had a lot of work to do with a small group of people. It’s been cool to see the evolution of the concerts and events and how many more events we’ve been able to accomplish.

What was the first event where you worked with Gary Sinise?

We held two ISFs (Invincible Spirits Festivals) within a week of each other. The first one was in Texas (Brooke Army Medical Center), where it was 90 degrees, and the other at Walter Reed in Maryland where it was snowing. These were right after Gary’s Uncle Jack died. A lot was going on, and I had just started two months before these events. I learned a lot of lessons, and I learned a lot about what we do very quickly. 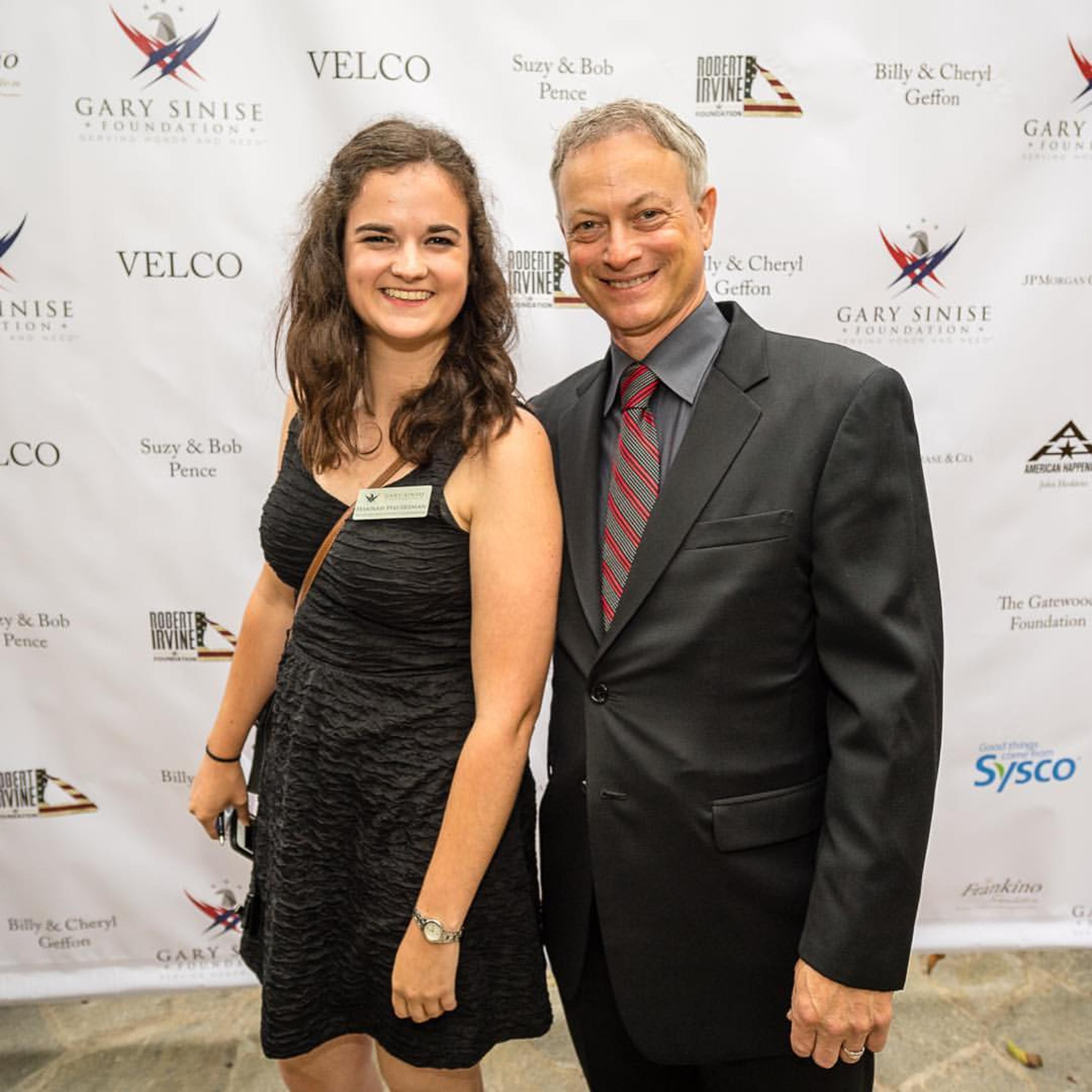 I had never met so many severely injured veterans at the time. That was a whole new world for me to talk to and interact with these guys. We had people coming out in their hospital beds to enjoy the concert, and Gary would come off stage while playing the bass to visit with these guys. It was incredible to meet all the families, some of whom we’ve built homes for.

Tell us about your volunteers and the role they play.

They’re members of the GSF family. We have a lot of trusted volunteers who have known Gary for a long time. A lot of them are American Airlines employees. We also find a lot of great nurses and medical volunteers for the events. But I think it’s more so that we find such great volunteers who are so passionate that we are very grateful to keep them around. It helps to find people who are okay with doing things like setting up tables and chairs and picking up the trash, because that’s what we’re all doing.

How many volunteers do you use during Snowball Express at Walt Disney World?

We have about 2,000 volunteers, but a lot of the core volunteers have been with Snowball itself for 12 years (the organization was founded in 2006; became part of GSF in 2017). They know these families so well, and they’re so passionate about them that they would do anything for these families. We’re lucky to have them because they work very hard. 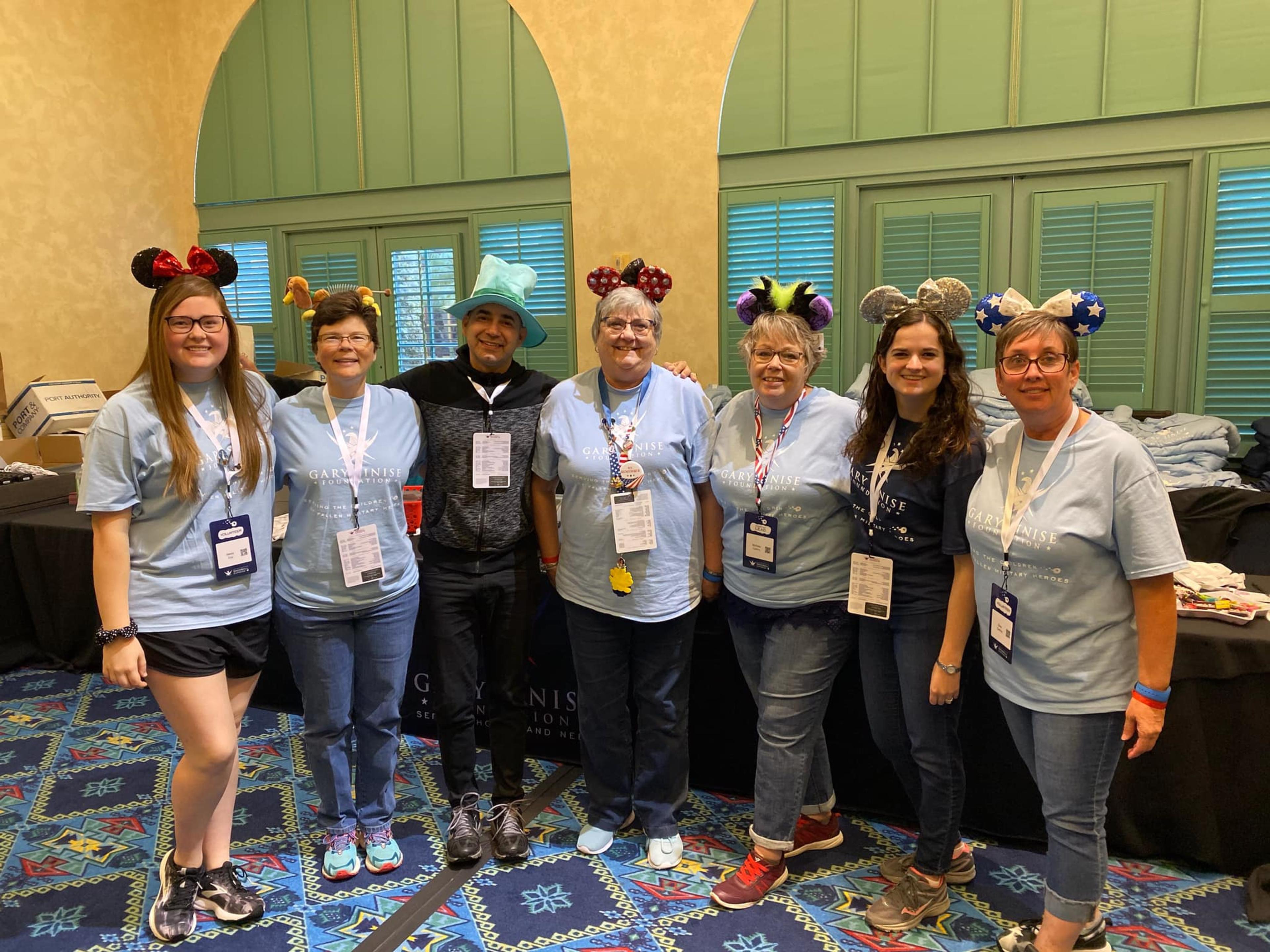 What are some of the most challenging aspects of your role?

One of the hardest challenges is that because we’re based in Los Angeles and we’re running events all over the country is that one, we have to travel a lot, but two, we’re trusting a lot of people that they’re going to be able to do the work, and prep on-site, ahead of time, so that by the time we’re there everything is going smoothly.

We have to trust a lot of people. We have Serving Heroes all over the country; we can’t be at every single one. So we trust our contacts that they’re using our funds the way we expect them to.

We’ve always been a very lean team, so we’re always traveling and always running all over the place. Last year alone, I was gone at least twice a month. Sometimes there would be long stretches where I was gone for ten days straight before making it back into the office. But I think that makes it fun. You’re never bored.

What have been some of those memorable events that have stayed with you?

I think the very first Soaring Valor was the most memorable for me. It was so amazing to watch these World War II veterans in the museum dedicated to them and hear them telling so many stories. Before we added students to Soaring Valor, our staff was also really engaged with the veterans because they were walking around by themselves. We got to talk to them and hear their incredible stories. They would point to something on the wall and say ‘I was in that group’ or ‘those are my friends,’ or ‘I knew people in that.’ It was mind-blowing, and it still is to this day.

It’s not just about one event, but more about the relationships that I’ve been able to build throughout my years on the events team. It’s fun when you get to meet the people that we help. You get to create that bond and friendship with them.

We get to see where those pockets are and then try and fill them.

What ways are you evolving Snowball Express that wasn’t being done before?

A lot of the moms and dads were focused so much on their kids after they lost their husband or wife, and focusing less on themselves. Last year we started our Empowerment Gatherings which focus back on the parent and letting them dream and create goals and move forward with their life to move outside of being a parent as an individual.

When we asked for feedback from the families, that’s what they wanted. They felt that there was a ton of stuff for the kids, which is great, but what else can we do for the whole family. A lot of feedback we’ve received recently has been about what the Foundation is doing for the families of first responders that have lost either a husband or wife. That’s the next step for GSF to look into those communities and see where we can help.

When you’re working at an event or out in public, have you come across any misconceptions about the Gary Sinise Foundation that people may have?

There are a lot of people who think the Foundation is solely funded by Gary. That was a conversation we had early on to explain to people that the Foundation has programs and that money being donated is going directly to support those.

Before we had Snowball Express, R.I.S.E. (Restoring Independence Supporting Empowerment) is such a big program that I think a lot of people just knew us for R.I.S.E. They just knew us for our specially adapted smart homes. We had to explain to people early on about the Lt. Dan Band, Soaring Valor, and Serving Heroes -- we were able to tell them the whole story and most people were shocked that there was more to the Foundation than just the homes. 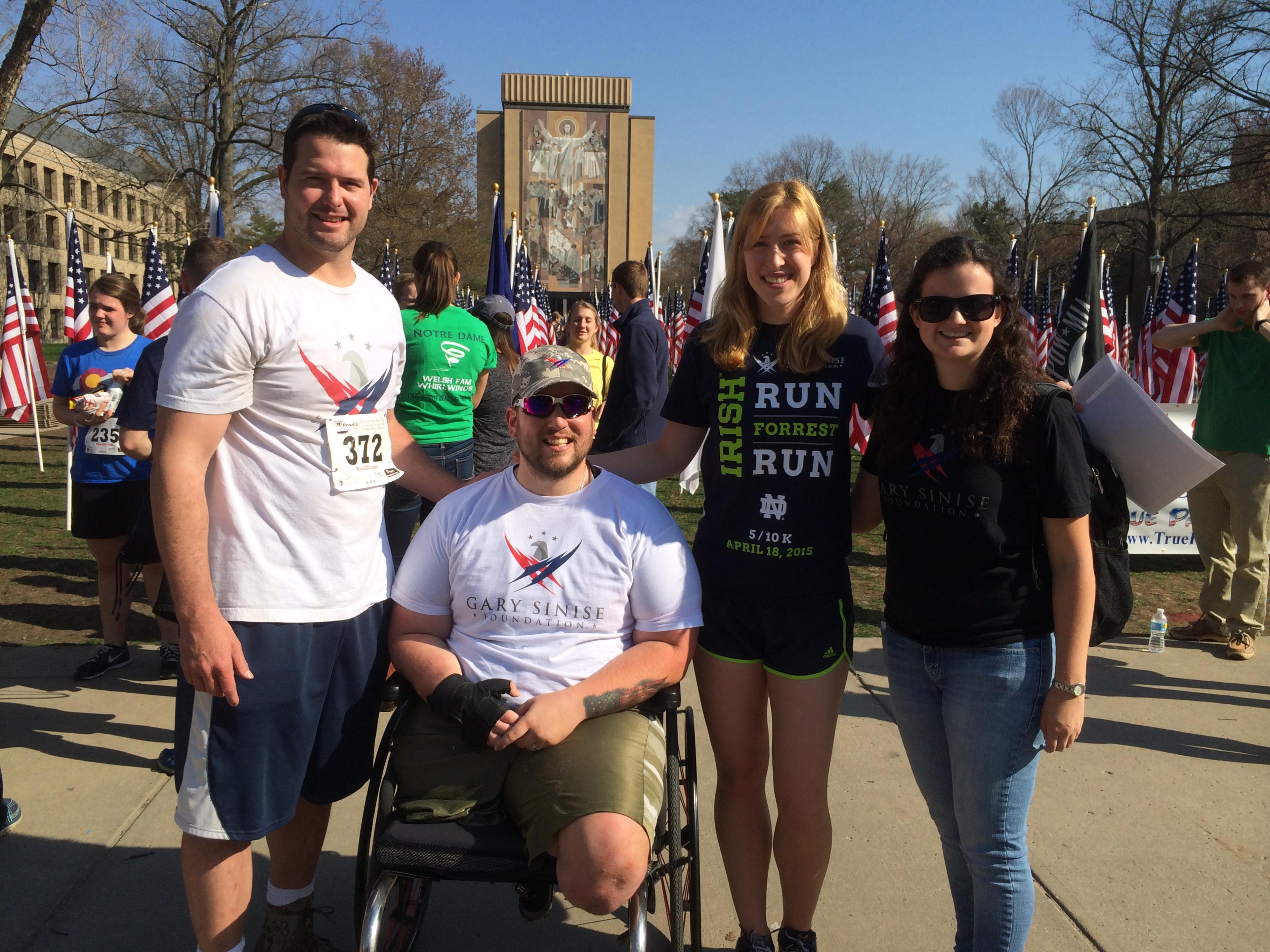 What are your goals this year, and what do you hope to improve upon from 2019?

The second goal is that we have so many wounded veterans in our community that we’ve given homes to or given mobility devices to. Unfortunately, we’re unable to touch base with them as often as we would like. We’re working with the Outreach team to do R.I.S.E. community events and create a list of veterans that we can send to go skiing or fishing or golfing. We want to engage with them and make sure they’re still part of our family. We want to expand the family as much as we can.