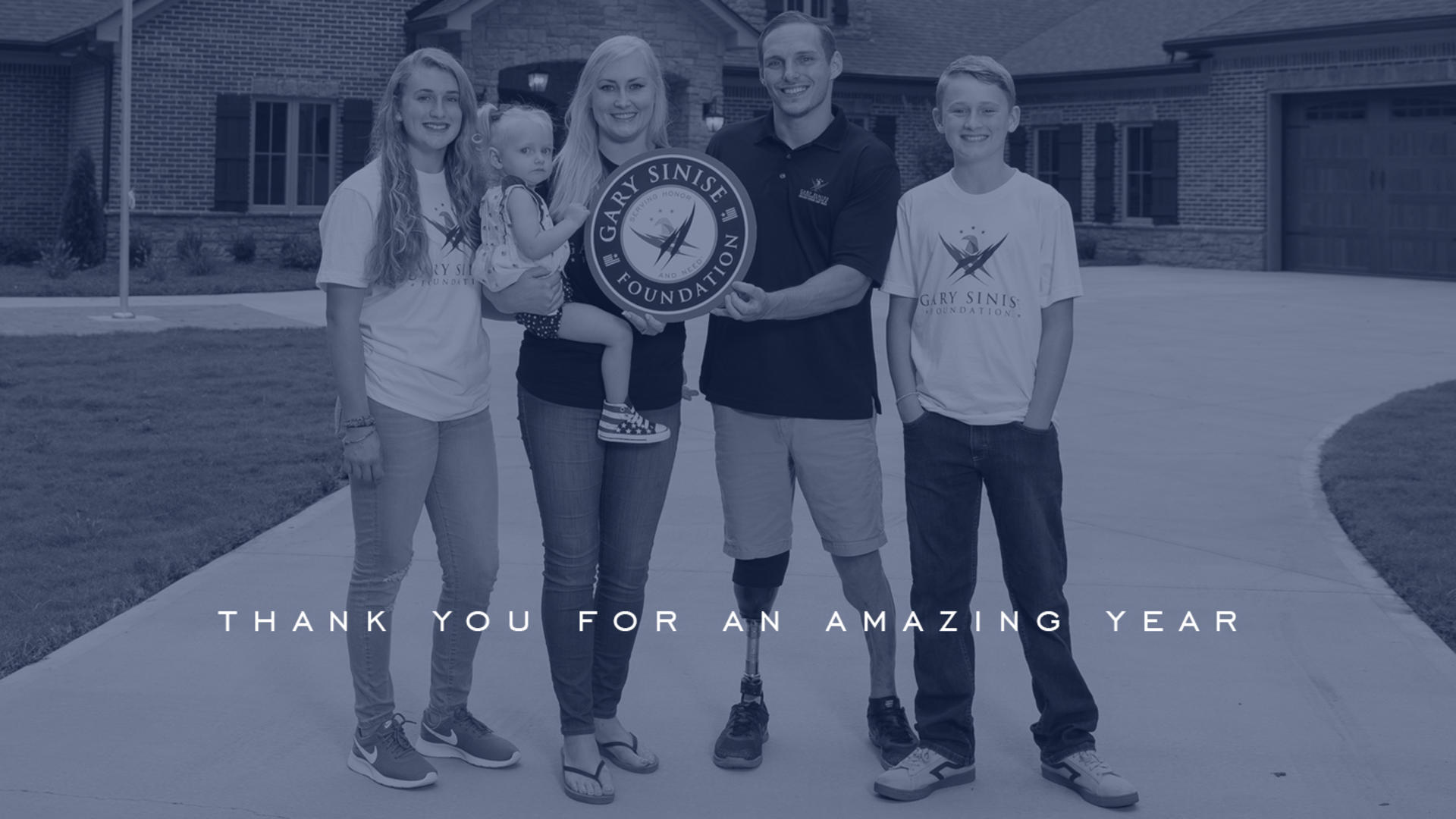 As we welcome in a new year filled with exciting opportunities to help our nation’s defenders and their families, we would like to take one last look at the year that was 2018. After all, it was quite an exciting year for the Gary Sinise Foundation!

The Foundation celebrated its 7th anniversary in 2018. We’ve grown quickly since our humble beginnings in 2011. Now, we operate 4 programs containing 12 initiatives specifically tailored to the various needs of our veterans and first responders.

Through one of those programs, Restoring Independence Supporting Empowerment (R.I.S.E), we were able to complete construction on our 52nd specially adapted smart home in 2018. Heroes such as USMC SSGT. Brandon Dodson, U.S. Army SGT Legrand Strickland, and U.S. Army SGT Eric Hunter received their one of a kind, 100% mortgage-free smart homes in 2018. These heroes have given so much to protect our freedom so we are proud to do what we can to help make their daily lives a bit more manageable.

We were also fortunate to have USAF General Robin Rand (RET) join our foundation as Chief Executive Officer. A four-star general, he has served his country for over 40 years and will supplement our already strong team. "I'm now honored to work alongside two great Americans, Gary Sinise and General Robin Rand, to ensure that in the years ahead we continue to build the foundation into a long-term sustainable veteran service organization, available to support even more of our nation's heroes," Judy said of Rand’s hiring.

Gary and the Lt. Dan Band made their return to Guantanamo Bay Naval Base in Cuba. There, they treated U.S. service members to a concert covering multiple genres while also offering words of encouragement and to let them know they are appreciated back home.

With the help of American Airlines, the official airline of the Gary Sinise Foundation, we were able to send 1,722 surviving children and spouses of our fallen heroes to Walt Disney World through our Snowball Express program. There they were able to enjoy the happiest place on earth, capped off with a concert from Gary Sinise and the Lt. Dan Band, and forge new memories and bonds with fellow peers who truly understand their loss.

2018 was a great year for the Gary Sinise Foundation, but any successes would not have been possible without the help of our donors. Your generosity fuels all of what we do. So we would like to thank you for helping us provide first responders with necessary safety equipment, building mortgage free specially adapted smart homes for our nation’s heroes, sending Gold Star families to Disney World, serving complimentary meals to veterans, and funding trips for our surviving WWII veterans to attend their national museum in New Orleans, and all of the other programs and initiatives we oversee.

We have big plans for 2019, including the release of Gary’s book Grateful American: My Journey From Self to Service. This memoir covers Gary’s entire life from when he was an aspiring young actor to forming his foundation and working to ensure a better quality of life for our nation’s heroes.

As Gary recently said, “2018 was a great year for the Gary Sinise Foundation, but your support is needed more than ever.”