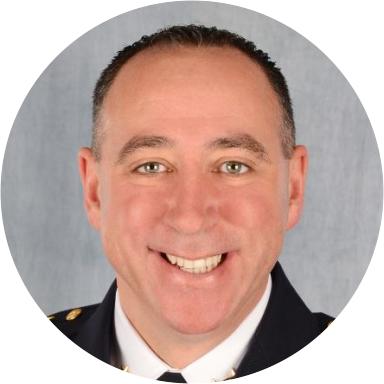 Douglas Goerke was born and raised in Long Island, New York, and is the son of a United States Navy Veteran. At the age of nine, he faced personal tragedy with the loss of his mother from a car accident and was compelled to become self-reliant as he grew older. Always having a desire to serve his community, he joined the Medfor Fire Department at the age of eighteen, volunteering for almost ten years as a firefighter and serving in several local ambulance companies as an Advanced Emergency Medical Technician. Continuing to serve his community, he pursued a career in law enforcement.

He moved to Orlando, Florida, and was hired by Orlando Police Department in 2001. Throughout his fulfilling career, he has worked in almost every division within the organization, eventually rising to the rank of Deputy Chief of Police. He has served as a Task Force Agent for the Department of Homeland Security and had held commanding assignments over the Tactical Patrol Unit, Metropolitan Bureau of Investigation, Intelligence Unit, Patrol Division, Professional Standards Division, and the Orlando International Airport. In addition to these duties, he served as the Executive Co-Chair for the Orange Orlando Urban Area Security Initiative (UASI). This body is responsible for conducting critical infrastructure assessments and mitigating vulnerabilities to respond to critical incidents.

For fourteen years of his career, he had the distinguished honor of being a member Honor Guard and the Orlando SWAT Team. One of his collateral responsibilities on the SWAT team was to serve as a Tactical Paramedic. He has used these skills and knowledge to speak at countless law enforcement and emergency management conferences and has participated in numerous Joint Counterterrorism Workshops sponsored by the Department of Homeland Security, helping jurisdictions prepare for terror attacks. In January 2022, he was honored to be selected as the new Chief of Police for the St. Cloud, FL Police Department, which will oversee 200 sworn and professional staff.

He holds a Master’s Degree in Public Administration from Liberty University and is a graduate of the FBI National Academy, Session 277. He has attended and spoken at numerous leadership and command development courses. In 2018, he was recognized by the Florida Police Chiefs Association as Outstanding Command Officer of the Year. He is a member of the FBI National Academy Associates, the Florida Police Chiefs Association, and the Central Florida Criminal Justice Association. One of his greatest honors is to serve on the Central Florida Board of the Gary Sinise Foundation.

He attributes his successful career to his close friends and mentors, but most importantly, his wife, Jane, and daughter, Lauren. Their love and support have given him the fortitude to serve his community with distinction, pride, and honor.