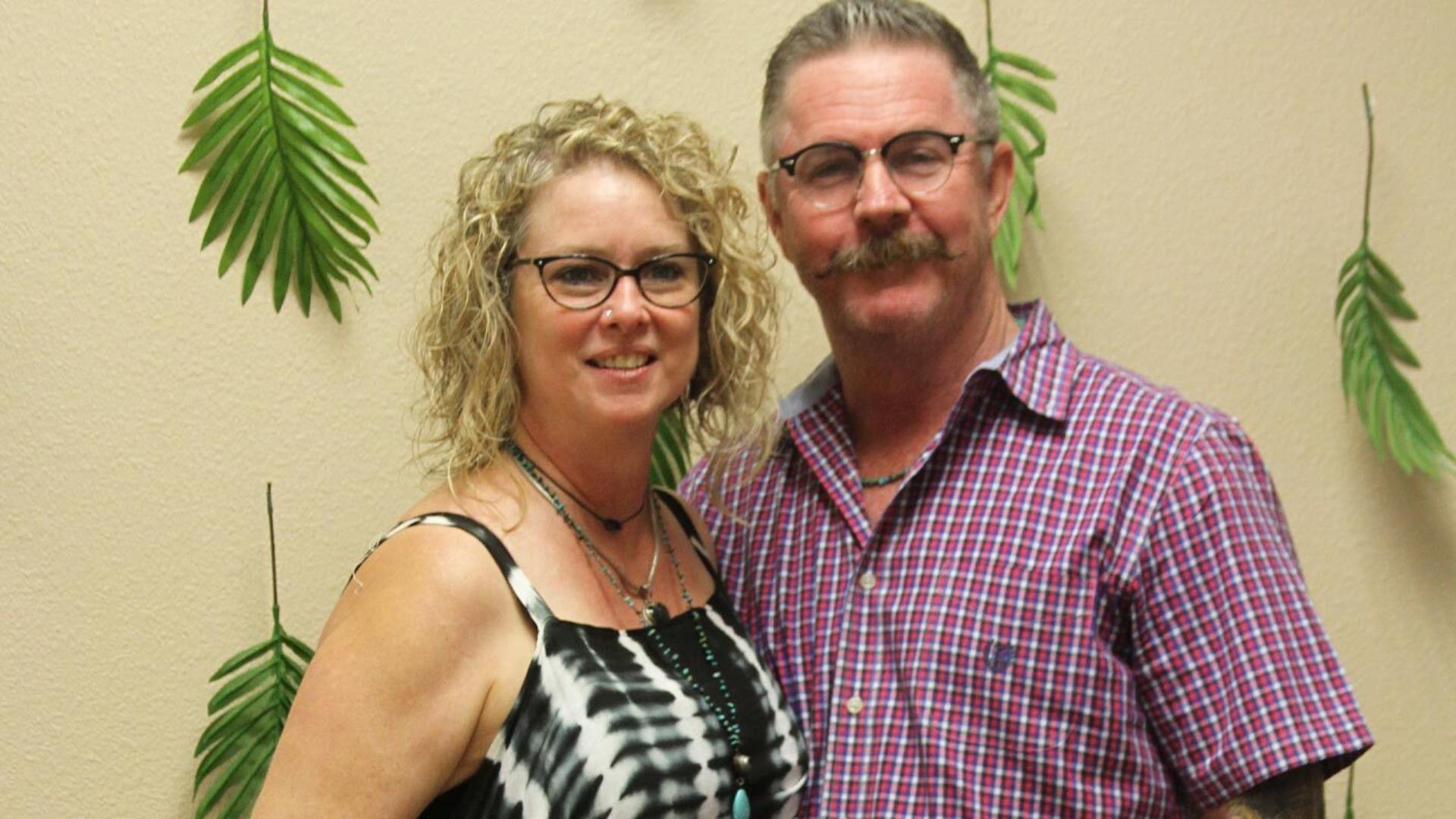 As the coronavirus began its transmission blitz last spring, the Taya and Chris Kyle Foundation (TACK-F) was forced to scale back its marriage-based programming. Even with a smattering of retreats and virtual group counseling sessions, the waitlist for in-person programs ballooned. Couples whose significant other is a first responder or serves in the military, or is a veteran were clamoring for help.

“The need has not gone down, I cannot stress that enough,” said Corie Weathers, national clinical director of programming at TACK-F and a licensed professional counselor. “Their world did not halt — it got more complicated.”

Problems in a marriage that once simmered before COVID-19 were brought to a boil in the last year. “Resentment is going up. Anxiety is up. Exhaustion is way off the radar,” she said. Combined with a “service lifestyle,” relationships already teetering on the edge of failing face slim odds of surviving.

“Your marriage is constantly under assault by the career,” said Brad Sims, an investigator and bomb technician with the Fort Worth Fire Department. A career first responder and Army veteran, he and his wife, Kelli, a pre-school educator, nearly filed for divorce six years ago.

Over the years, each investigation became as big a priority as the last, Brad said. In 2015 Fort Worth witnessed a string of arson fires. Putting the pieces to the puzzle together to catch the criminal, he said, kept him awake at night. “My work-life balance was way out of whack.”

“I was severely co-dependent,” Kelli said. “I constantly was wrapped up in so much in his life that I led my life based on his life. I fell into a pattern of my life is his life and not trying to bring anything to the table but cling to that.”

Their marriage began crumbling on account of the “service lifestyle.”

The Sims began seeing a counselor to fill the cracks in their relationship before enrolling in TACK-Fs “Mastering Your Marriage” program in 2017. The curriculum then was devised by the University of Texas (focused on veterans) and Baylor University’s Diana Garland School of Social Work (focused on military and first responders). Baylor now provides evaluations and research on the program's effectiveness.

“People have to come to a place where they really see one another, really look at one another in a way of wanting to engage that one in their life and understanding that they have this life partner that wants to hang with them for the whole journey,” Dennis Myers said.

Myers has studied military and first responder family relationships for over a decade since joining the Baylor faculty in 1981. An Army veteran, he is among the architects of the Mastering Your Marriage curriculum.

Unlike traditional counseling programs, Myers and his team had to account for circumstances unique to the military and first responders. “Relationships are based on time together and these occupational roles, both of them, definitely impact that notion,” he said.

The curriculum also accounts for a spouse’s experience. “What about his or her development and vision for self in terms of career?” Myers explained.

And with the military facing a suicide epidemic — suicide even outpacing line of duty deaths for first responders — the prevalence of depression and stress, he explained, “The mental health factor has to be built in.” 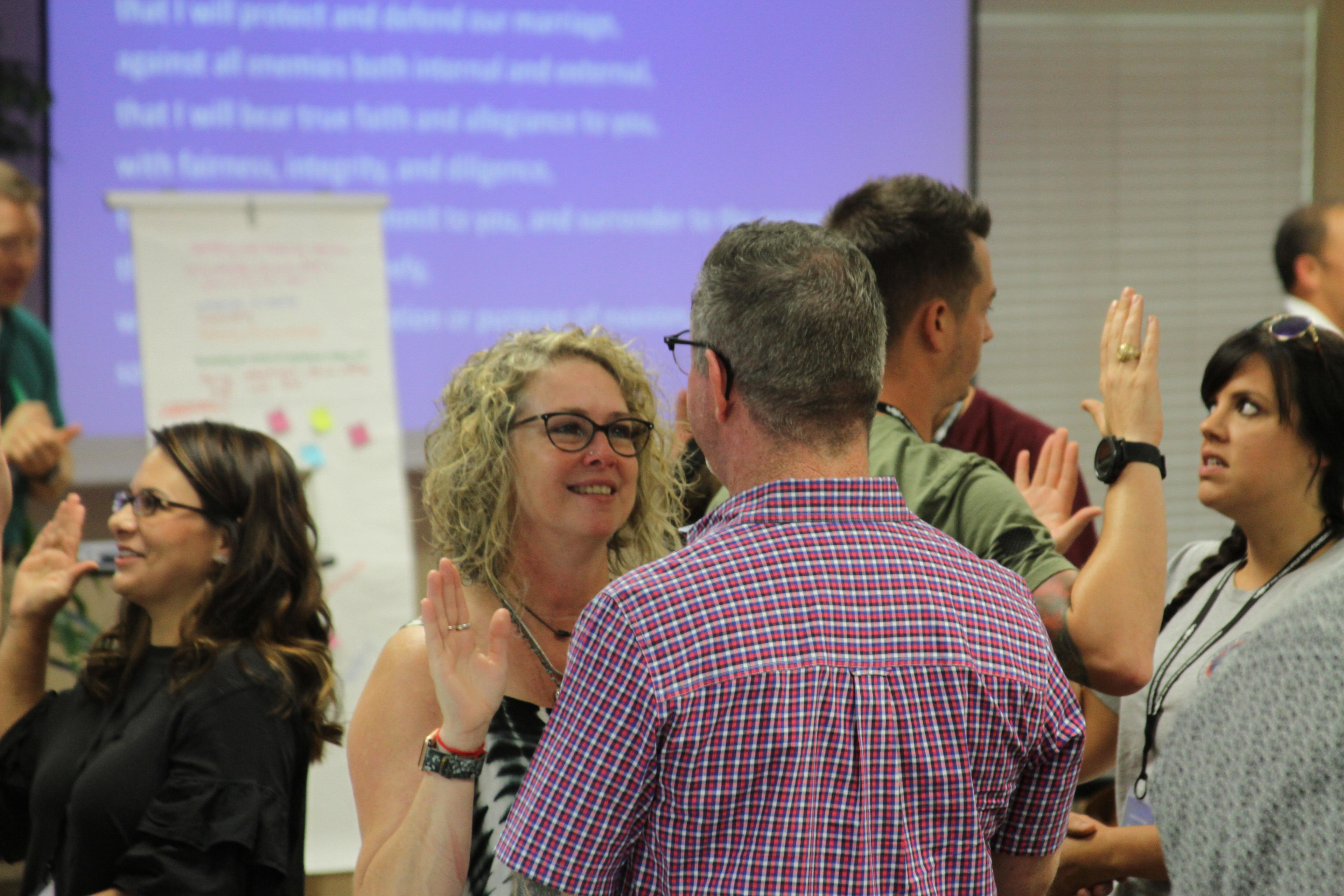 Couples complete weekly assignments and gather once a month (pre-COVID) for group meetings throughout the six-month program. The time-intensive commitment has salvaged its fair share of marriages. Speaking about her experience as both a participant and retreat leader, Kelli Sims said, “You have to remember to put the oxygen mask on yourself first to be able to best serve your marriage, and your children and everybody because if you’re not doing that, then you don’t have any air left to give anybody else.”

Whatsmore, as Brad Sims observes, the difference between a healthy and unhealthy marriage has serious consequences for first responders and service members, “Our effectiveness in the field is at stake.”

In the nearly two decades since the attacks on 9/11, an outsized demand has been placed on special operations forces. Not just the wars in Iraq and Afghanistan, but worldwide. With year-round deployments and training, spouses and families experience unavoidable hardship.

Her husband of nearly five years, Michael Simpson, a Green Beret, died in 2013 of injuries from an improvised explosive device in Afghanistan. In 2017 she remarried Gus Anderson, a Green Beret and Michael’s friend.

Coming home after six months, Anderson explained, isn’t so much about picking up the pieces as it is about picking up where you left off. “Having a strong faith, strong communication skills with your spouse is how you integrate into what you’re doing and talking about what you need.”

But pressing the play button after a long pause and reintegrating into life at home after a deployment, or training, isn’t so simple. It’s rather drastic, he said, “It’s like going from the North Pole to Hawaii.”

In April, they’ll participate in the strength training program (formerly Revitalization Retreat) that, Weathers said, “Rebuilds that team, or at least, it reminds them that they’re teammates.” Unlike what its name implies, couples uncover and validate their significant other’s talents — and strengths. They also spend five sessions with a military spouse clinician.

“I’m excited to learn, on paper, why does he react the way that he does. And how can I communicate with him better that will serve him in a greater way?” Simpson Anderson said. “Having the opportunity to learn what those things are, learn what those steps are that I need to take to serve him and our marriage better — I want my kids to see that.”

“Like any partnership, people are going to be better at certain things than others, and you have to figure out where your relationship can progress and move forward,” Anderson said. “We can always be great — but we can be exceptional.”

In a role reversal of sorts, TACK-F hosts spouses of service members, first responders, and veterans for a weekend retreat in Jackson Hole, Wyo. Save for a satellite phone for emergency use, spouses are incommunicado with their partner: No phone calls. No text messaging. And no posting on social media.

Where once the lull in communication came during a deployment or shift, the abrupt change in circumstances “rebalances the marriage,” Weathers said about the Empowered Spouses Retreat. “It creates this empathy on both sides where both of them can say, ‘I now know what that is like.’”

The foundation, which began partnering with the Gary Sinise Foundation in January, expects retreats and in-person programming to resume in the coming months. Virtual counseling sessions are ongoing. As more states tepidly reopen, and the vaccine rollout continues getting shots into arms, the ominous picture from the last twelve months has been replaced with an optimistic outlook befitting TACK-Fs mission:

“Where one may be overpowered, two can defend themselves.”