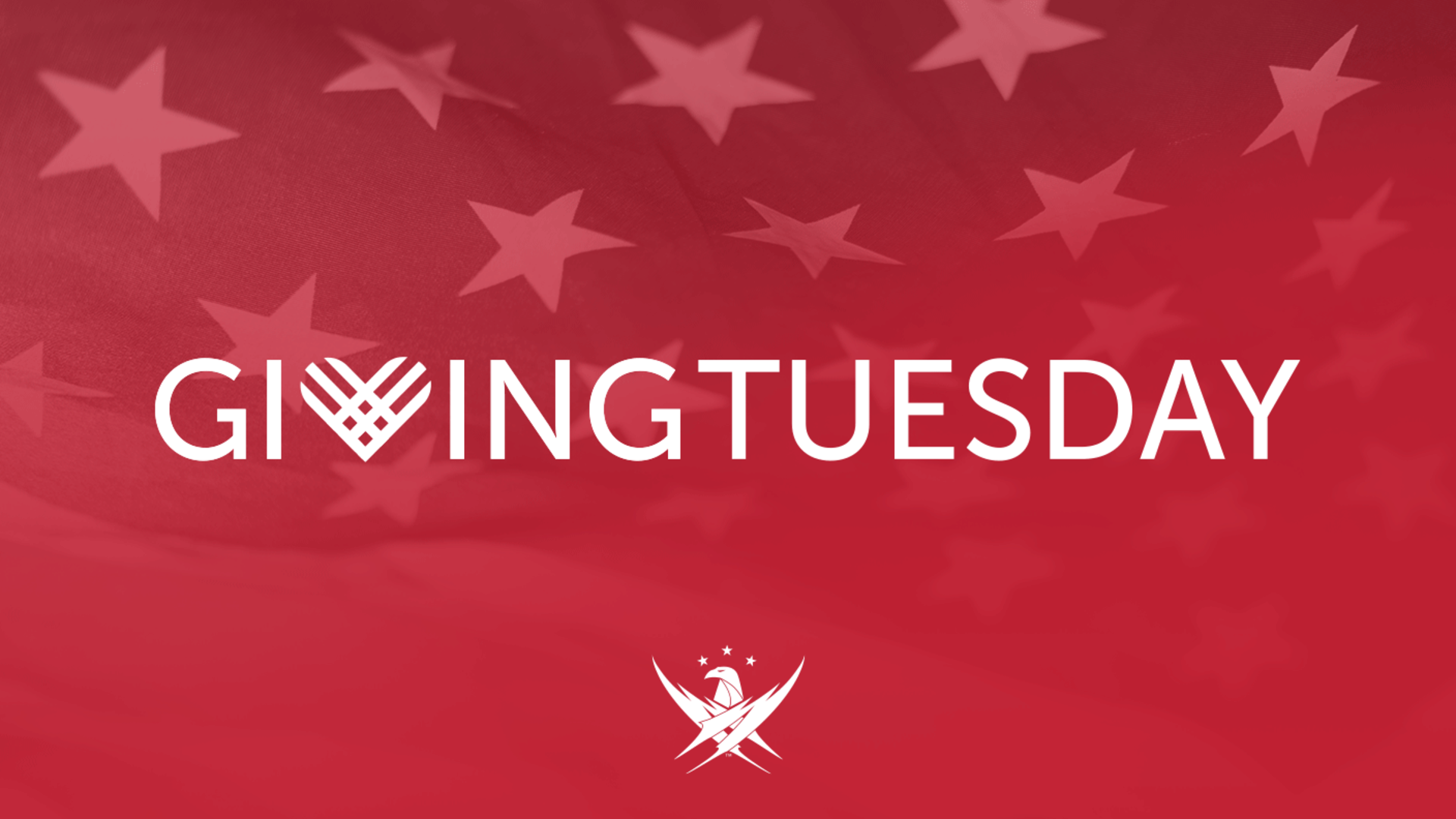 On GivingTuesday, we're pleased to announce that our official GivingTuesday partner, CMG Foundation, will generously match every dollar donated to the Foundation up to $200,000. This is an increase from last year where they matched donations up to $100,000.

Americans across the country come together today as stewards of goodwill whose acts of selfless service extend from their local communities and across the country. For many, this day of philanthropy also brings with it charitable donations made to nonprofits which serve a variety of purposes and whose contributions to the betterment of society span the spectrum of causes.

Year-round, the Gary Sinise Foundation serves and honors our nation’s service members, veterans, first responders, and their families, through four programs dedicated to entertain, educate, inspire, strengthen, and build communities. Achieving this mission is the direct result of donations made by the American people.

But just how impactful are donations? And who is being reached by the Foundation’s philanthropic efforts stretching from coast to coast and beyond the shores of the United States?

In Tuscon, Arizona, a specially adapted smart home was built for Caleb Brewer, a retired Army Green Beret who lost both legs during a combat deployment to Afghanistan in 2016 when a pressure-plate improvised explosive device (IED) detonated beneath him as he and his team were conducting a patrol.

During the home dedication ceremony which took place earlier this year, Caleb enshrined his sacrifice made on the battlefield as his voice filled with emotion as he said to the audience, “I look down at my legs every day and I say, ‘you know what, this is a deposit on America’s freedom and I’m proud to have made a deposit.’”

These smart homes are 100% mortgage-free and enable veterans like Caleb Brewer to live their lives more independently and with greater freedom of movement than a conventional home. Called, Restoring Independence Supporting Empowerment (R.I.S.E.), this program has contributed to 77 homes built or already underway nationwide with many more deserving veterans and their families waiting in the wings.

The R.I.S.E. program also assists veterans and first responders in need of home modifications, mobility devices, and adapted vehicles such as Fort Worth, Texas police officer, Lisa Ramsey, who was shot in the line of duty during a drug bust which left her paralyzed from the chest down. While her insurance was not able to cover the cost of an Ally chair, thanks to the generosity of many who give to the Gary Sinise Foundation, Officer Ramsey was able to receive the mobility device which has been instrumental in her journey back to living more independently.

For many children, teenagers, and young adults who have grown up without having a mother or father because of the sacrifice they’ve made while serving their country in the Armed Forces, they carry with them an unseen burden and a daily struggle which can never be fully healed. Yet, through year-round community events organized by the Foundation that take place across the country, which has included a visit to the world-renowned Georgia Aquarium, these special kids can bond with their peers while taking part in exciting adventures that are invaluable to their livelihoods and provide a pathway to healing. 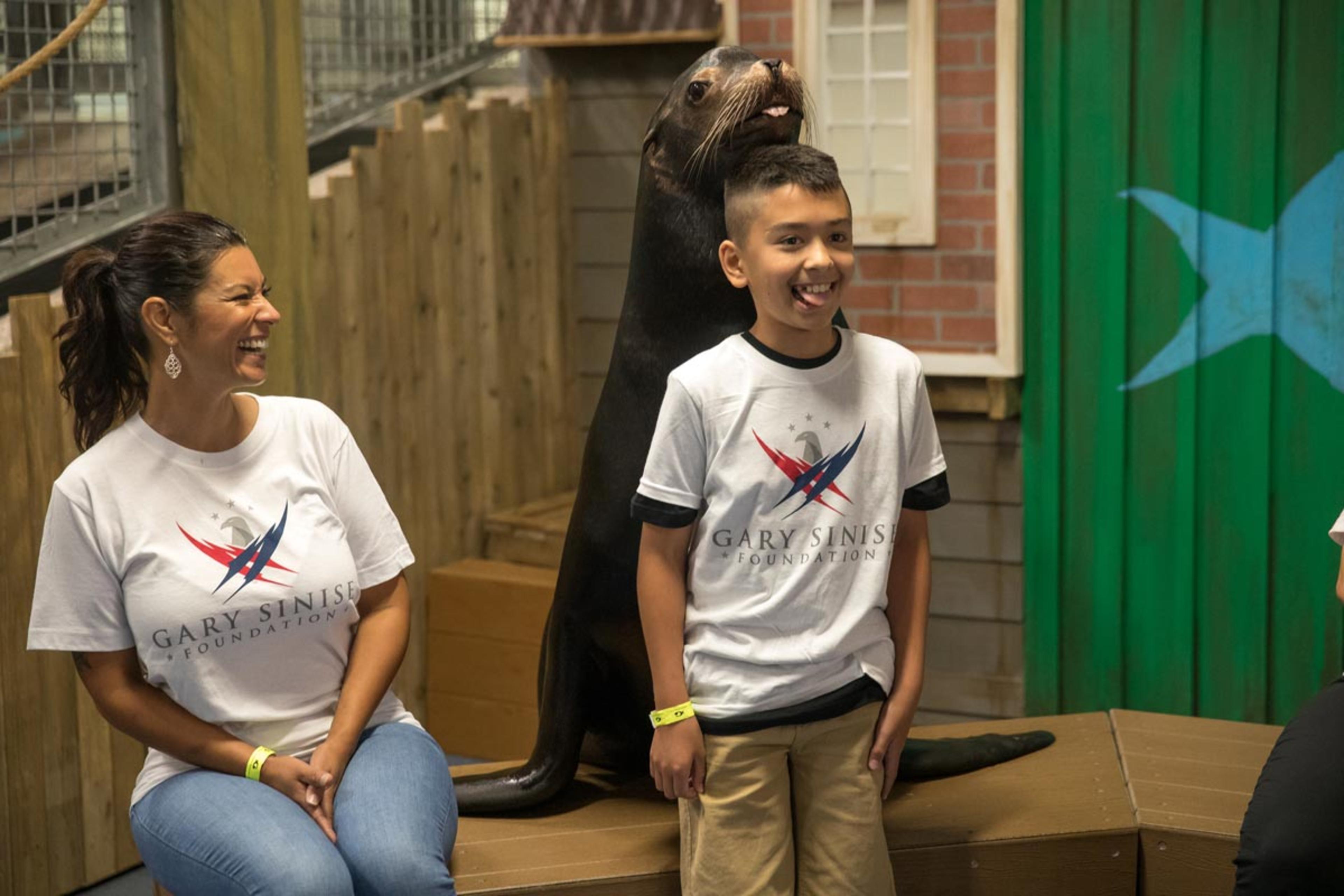 When it comes to imparting a legacy of service and sacrifice from one generation to another, the Foundation uses donations to facilitate a three-day trip to the National WWII Museum in New Orleans called Soaring Valor, by pairing WWII veterans with high school students. Day by day, veterans and high school students embark on a shared journey while at the Museum that is a deeply personal retrospective into the experience of each veteran during the Second World War. For many students, this historical trip is life-changing. 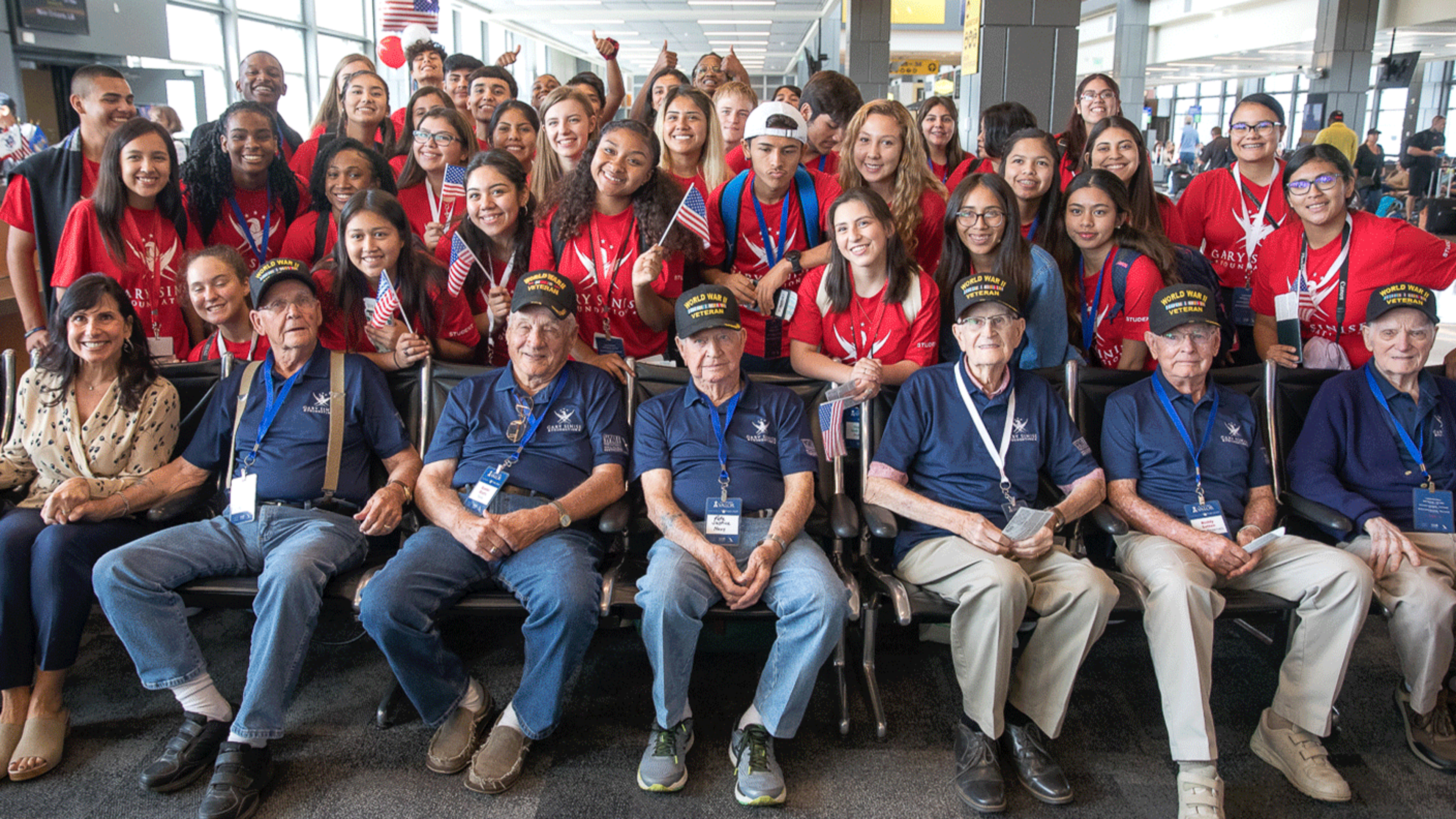 Donations also reach those currently serving in the Armed Forces.

Near and far, active-duty soldiers, sailors, marines, and airmen stationed around the country and overseas in Korea and Germany feel the love and support and appreciation of the American people through concerts put on by Gary Sinise & the Lt. Dan Band and by being served a hot, All-American meal in their honor. 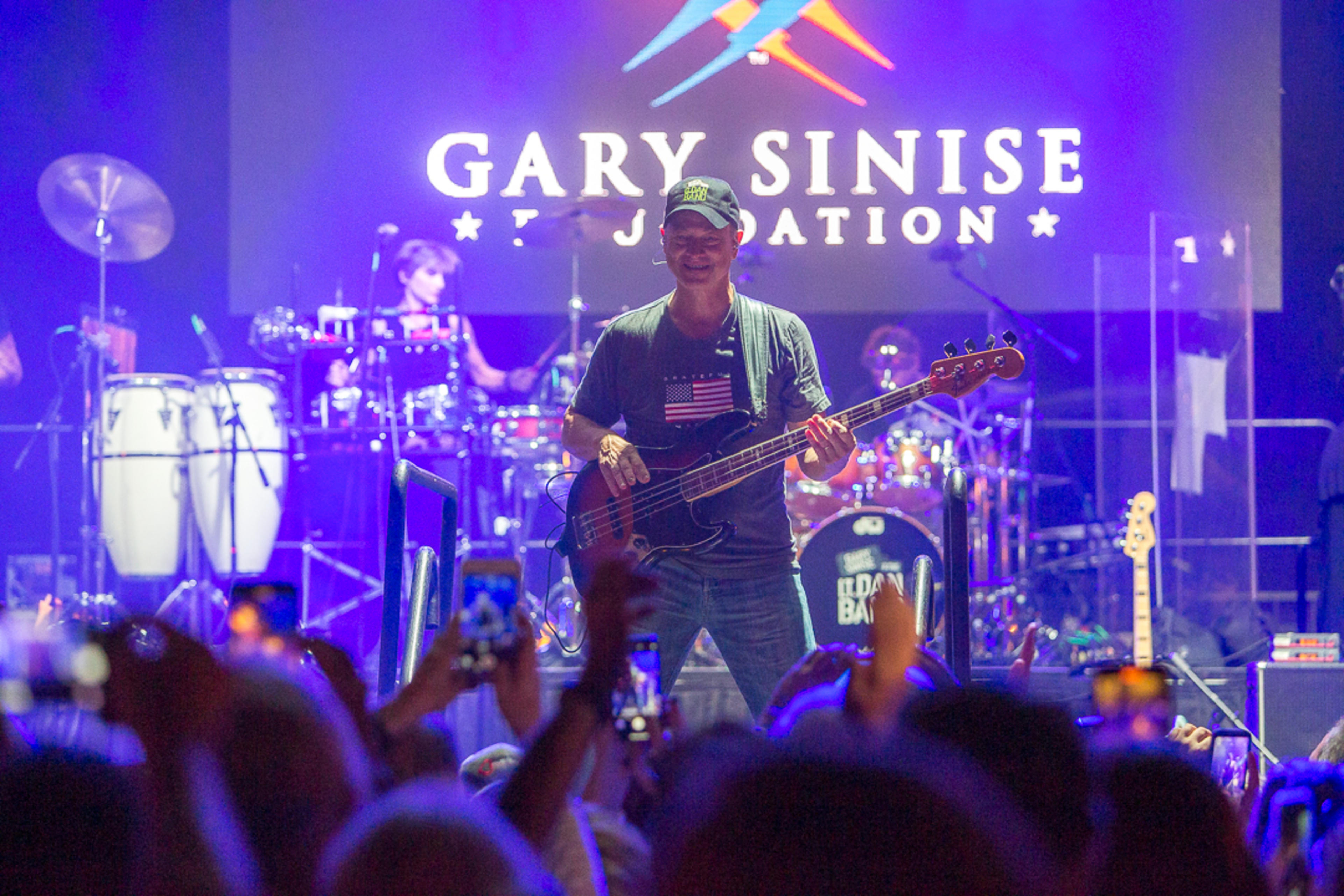 Yet for others, the impact of the Gary Sinise Foundation has saved their lives.

New Jersey paramedic Joshua Fish was in need of serious help. The rigors of the job were taking an unhealthy toll on him. Alcohol became ​his saving grace to quell the pain and mental fatigue he felt after years of responding to scenes of carnage and loss of life. Post-traumatic stress, anxiety and depression dogged him. When he quit his job earlier this year to seek treatment and rehabilitation, Josh saw his life steadily improve. It didn't last long, however. 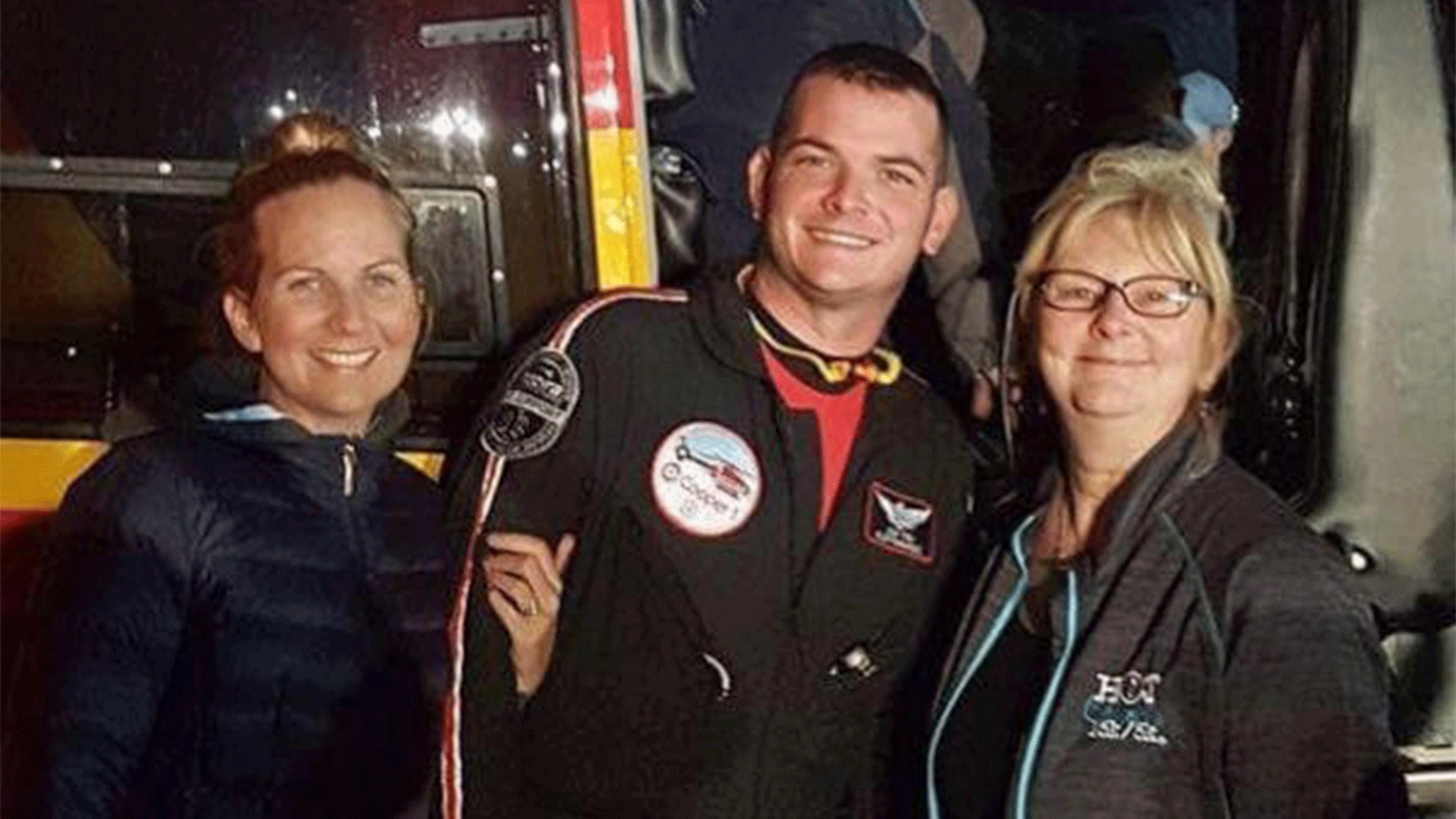 Bills began to pile up to the point where he was struggling to put food on the table. He was in dire financial need and unemployed when he reached out to the Gary Sinise Foundation for help. How the Foundation was able to rescue a first responder in need was due in part to the generosity given to the Foundation by the American people.

Even in the most unforeseen circumstances, donations play a life-saving role, as was the case of the now-retired United States Marine Corps sergeant, Andrew Bozeman. During his decade-long service, he had suffered multiple concussions from training and on deployments overseas. His first two marriages fell apart, and he was denied reenlistment after being passed on promotion to Staff Sergeant.

Andrew planned to commit suicide on the same day Gary Sinise and The Lt. Dan Band were to perform at Marine Corps Air Station Yuma where he was based. How Gary and the band were able to connect with the distressed Marine ended up saving his life. 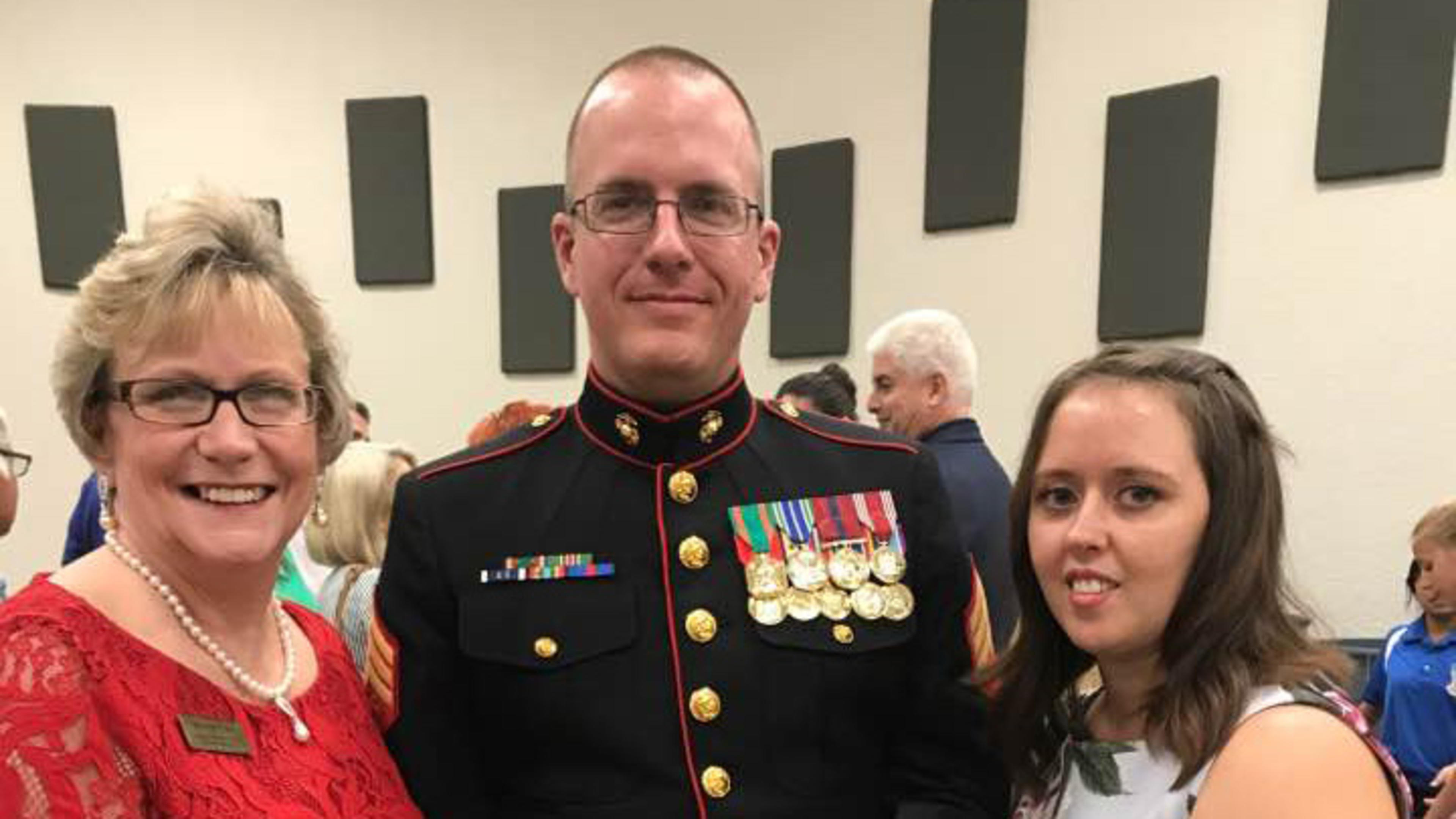 So many nonprofits exist whose mission and impact are as essential and endearing as our own.

While we realize you can donate your hard-earned income to any one of them, rest assured that your contribution to the Gary Sinise Foundation will effectively be utilized across our four programmatic pillars, and their corresponding initiatives, and events.

On GivingTuesday, we ask for your charitable contribution so that the Foundation can continue to accelerate its services, which honor and serve our nation’s heroes and their families.

While we celebrate the lives of many who have been touched by the generosity of new and sustaining donors who give to the Foundation, more can and must be done to ensure the vitality of our four programs, reaching more lives and with a legacy of immeasurable proportion.

This is your opportunity to be a hero by helping a hero and their family.