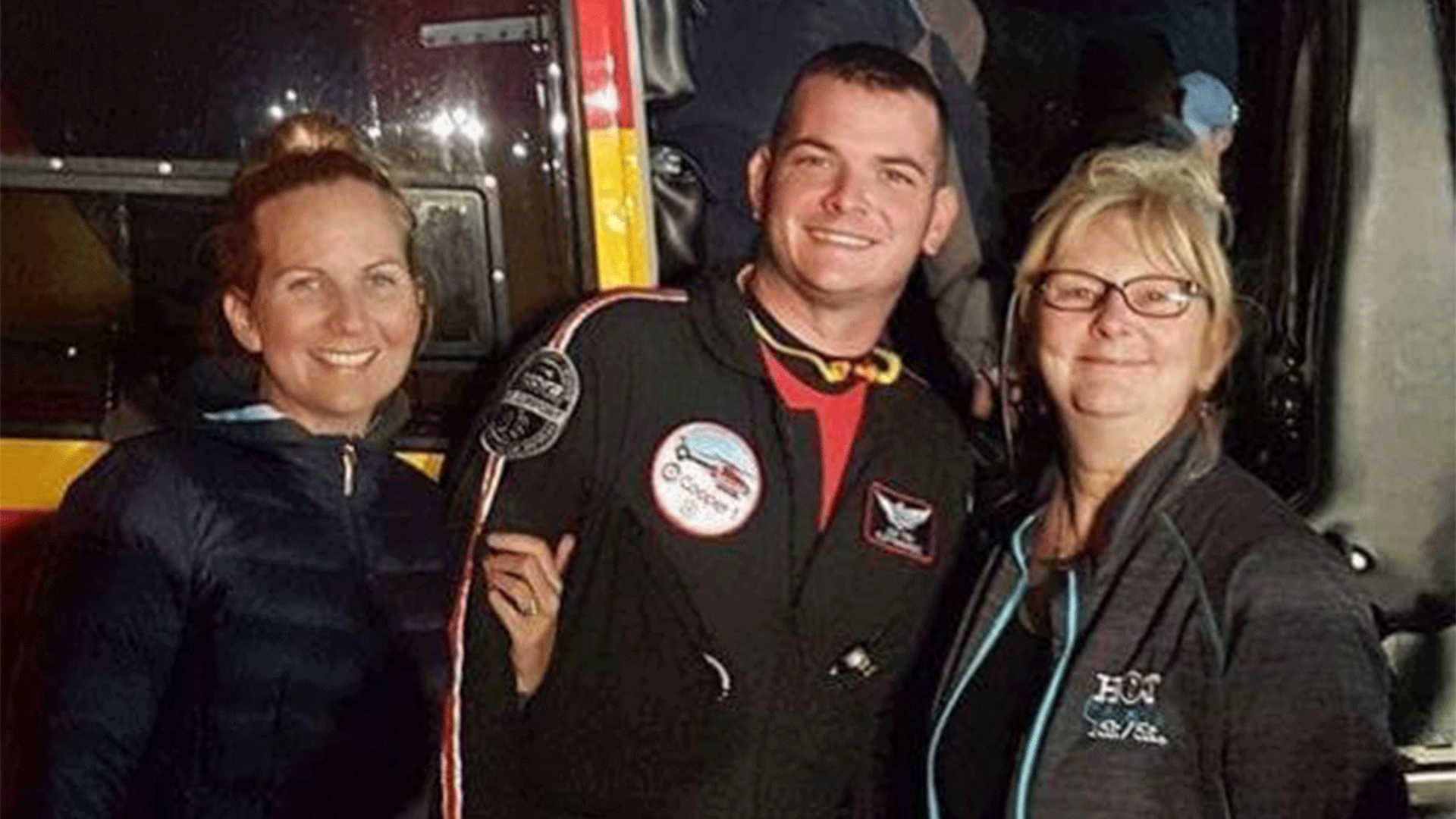 Joshua Fish was strolling through the aisles of the local Tractor Supply store while off-duty from his paramedic duties when a family approached him.

“You were the paramedic that was at my house, weren’t you?” one of them asked him.

This was not the first time they had met. The circumstances then were dire when their lives collided last winter at 1 a.m.

“You saved my dad’s life. He was having a stroke,” the daughter said to Fish.

“That feeling, that recognition, that high from that,” said Fish as he recalls the conversation and series of events that unfolded at the family’s home, “is why I did what I did. It’s why I’m doing the job and why I’m going back to the job.”

The high from being a paramedic and responding to a call where a life is on the line is indescribable. The feeling of satisfaction and pride in seeing the results of your actions when a life is at stake is immeasurable.

But it’s the depth of the lows experienced by first responders that is unspoken and unseen. While their acts of heroism and bravery are celebrated and given much notoriety by the public and media, the invisible wounds they carry are seldom acknowledged.

“I’ve always liked helping other people,” explains Fish about his altruistic reasons for pursuing a career as a first responder in his native New Jersey.

“What was instilled in me all the time was, ‘always help somebody else if you can.’” 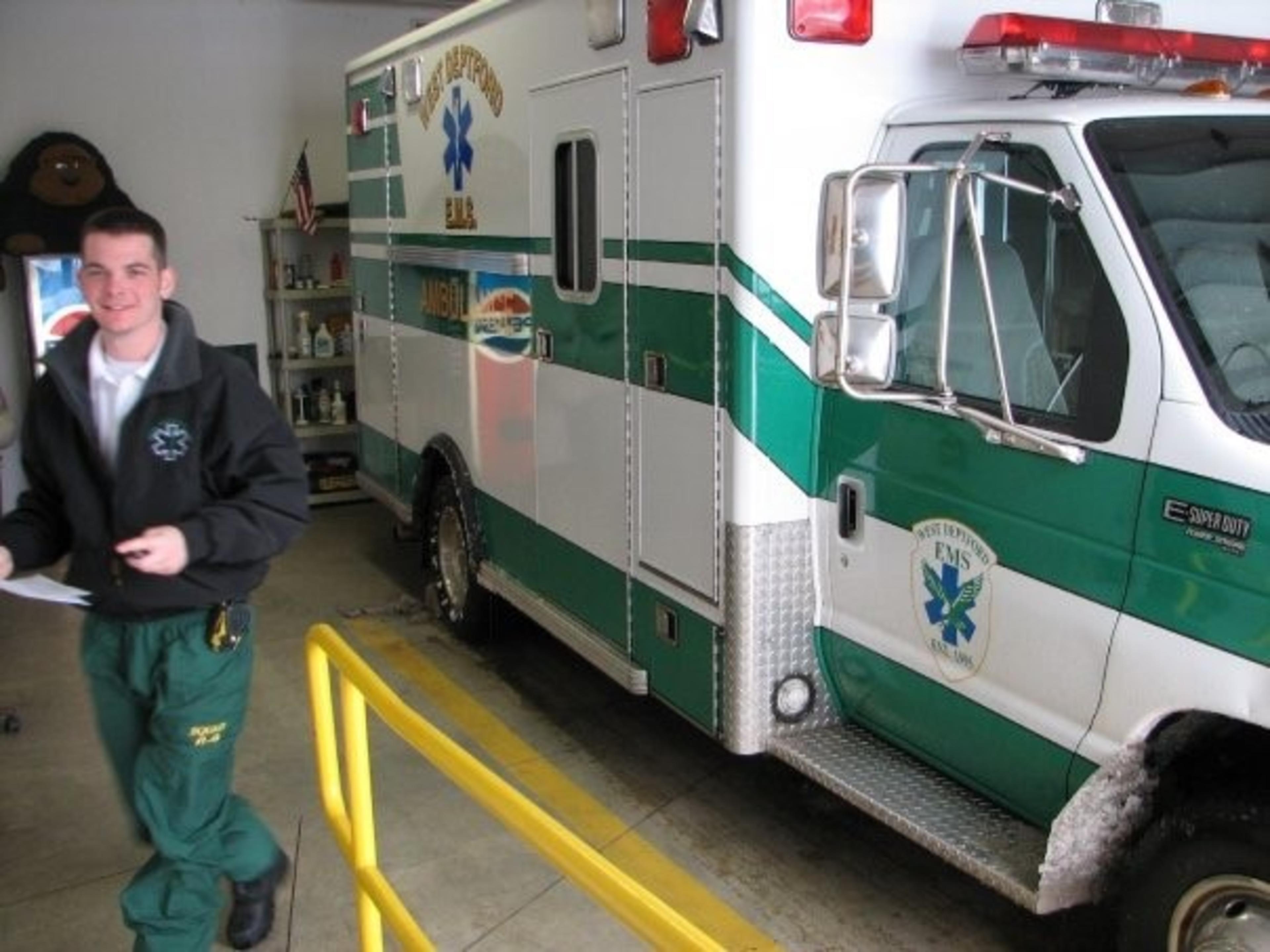 At 17 years old and a senior in high school, Fish earned his emergency medical technician (EMT) license and began volunteering his time by riding in an ambulance.

“I saw some things that a 17-year-old should not see.”

The first call Fish responded to as an EMT was to the location of a fatal car wreck on New Jersey’s I-295.

“You could tell the crash was a major impact and you just knew that wasn’t a survivable crash.”

What made the catastrophic scene hit home was that the deceased woman drove the same kind of car as Fish’s sister-in-law and the location of the fatality was at the same exit she takes to get home.

Little did he know that in the months and years that followed he would be exposed to far worse scenes.

While not oblivious to the horrors and near-constant exposure to the range of human fragility that goes hand in hand with life as a first responder, Fish realized that he had what they refer to in the profession as a “black cloud” hanging over him.

“We don’t talk about the sh*t that goes on with us,” he said while explaining the lack of mental health training in the profession to address the stress and mental rigors of the job.

Despite the traumatic experiences and some misgivings of the profession, he advanced up the EMS ranks and in 2011 became a paramedic. Over the next eight years, however, he struggled to cope with life as a paramedic even more so than as an EMT.

As a proactive move he fulfilled a long-held dream by becoming a flight medic. Yet the change of scenery and altitude couldn’t mask the traumatic calls that awaited him. 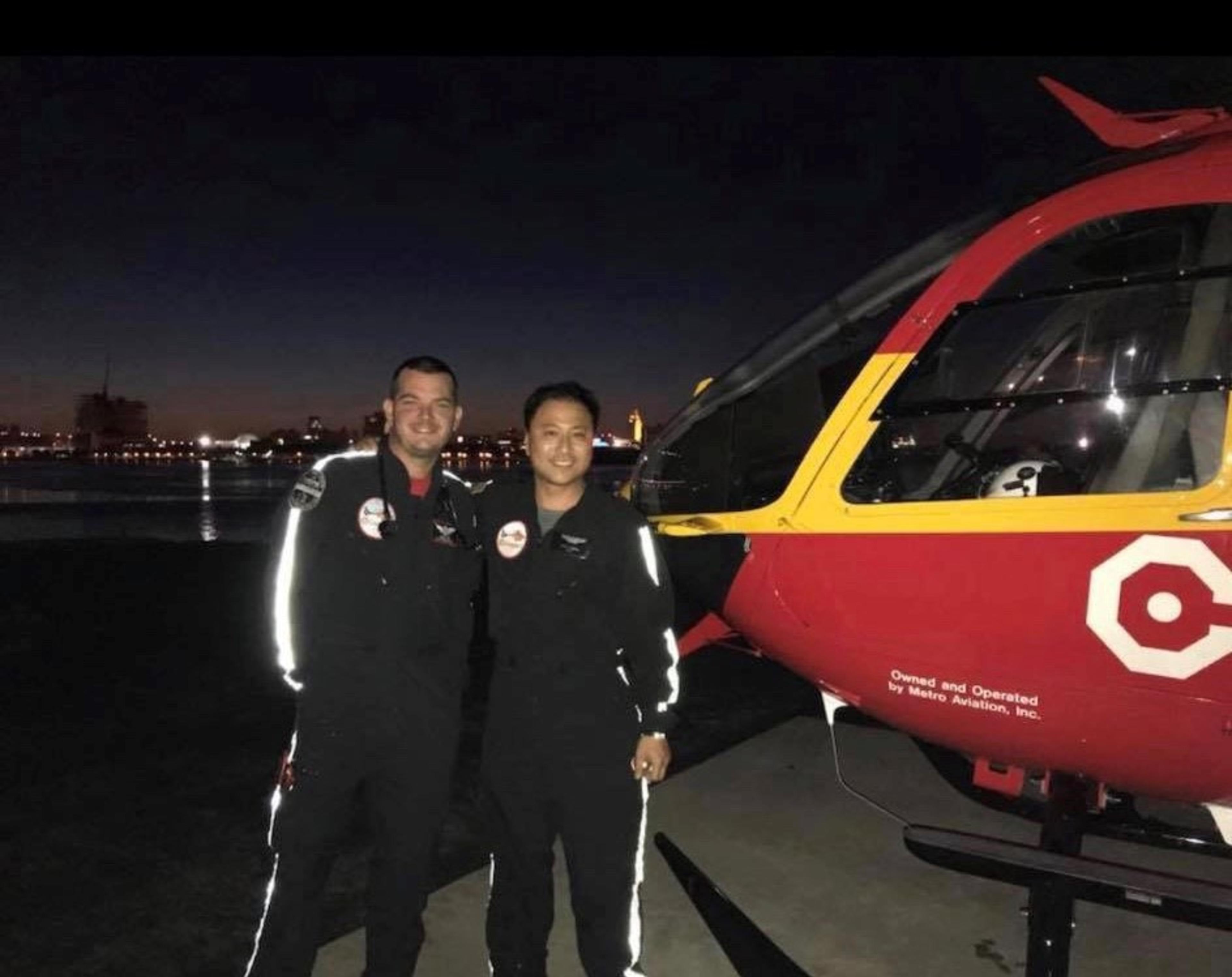 Year after year his feelings grew numb and the fire in his belly to help others grew dimmer.

Flying high ended up bringing him to his lowest of lows.

When he and his flight unit had a bad night that typically meant the ground units had a bad night. Their shared experience of witnessing traumatic and stress-inducing situations was temporarily alleviated by drinking at the local bars.

“We would drink the bad feelings away,” said Fish. “If it wasn’t drinking, I’d go out and gamble. If it wasn’t gambling I’d work another shift just to be distracted and not thinking about what had happened.” 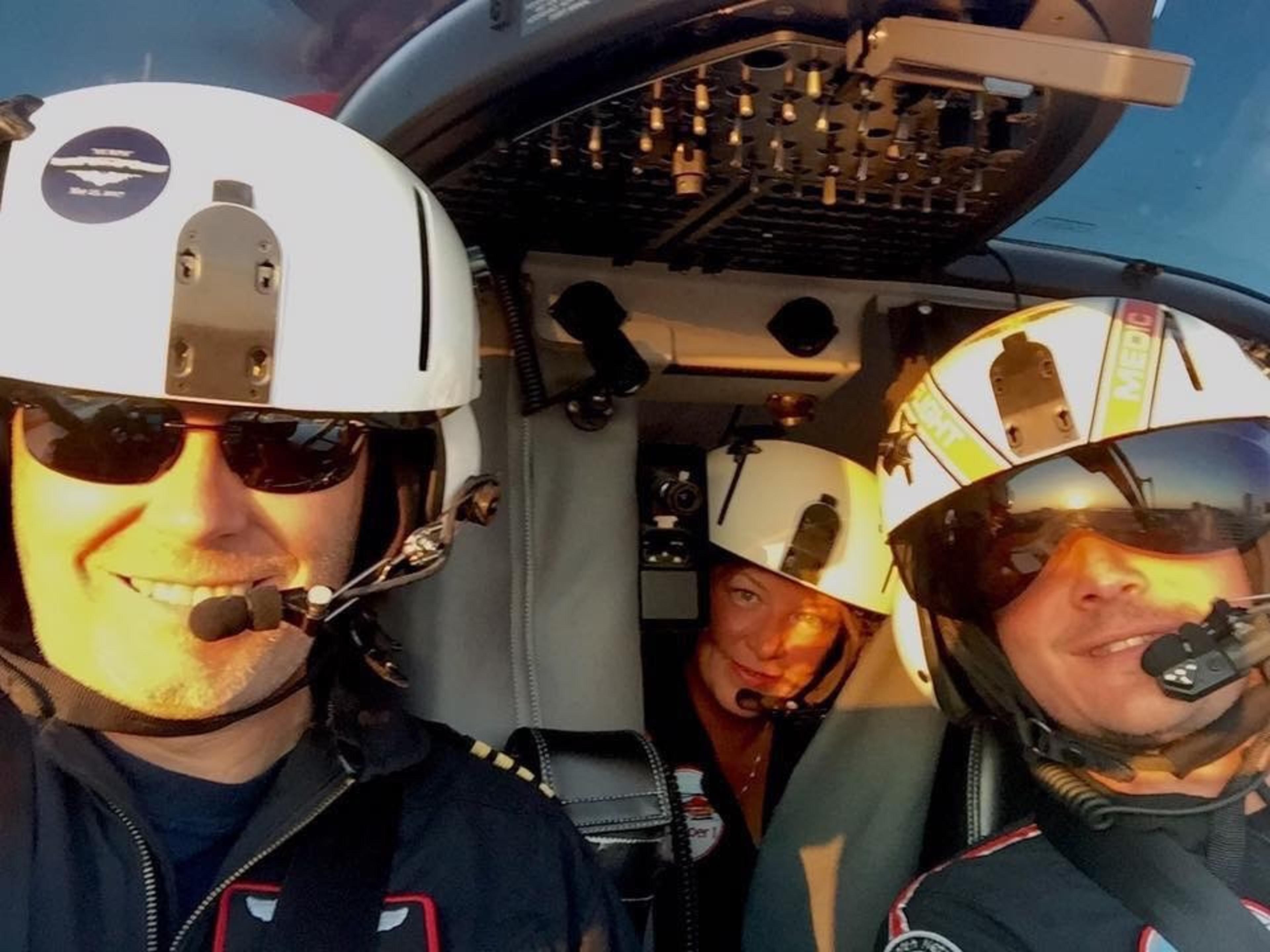 He couldn’t sleep. The 9-1-1 calls he had responded to as a ground-based paramedic and flight paramedic would continue to play in his head.

It wasn’t uncommon for him to hear the screams of a mother while asleep before waking up in the morning and seeing her dead child.

“There was nothing to do for this child, he was dead,” Fish recalls of the day his unit responded to a 9-1-1 call involving a mother whose three-year-old son wouldn’t wake up.

That case, in particular, took a toll on him.

“I remember having to go with my partner and tell the family that there’s nothing we can do. When we told her that she begged us to do something and she just screamed.”

Fish felt he had the onset of post-traumatic stress but kept pushing it aside, burying it deeper into his subconscious. Depression and anxiety entrenched their consuming power on his psyche, tearing at an already battered mental state.

Like a carousel, the vivid imagery from the horrific scenes of calls he responded to played in his head.

The only way he could get rid of the pain and save himself from the downward spiral of abusing alcohol and drugs was to quit the EMS profession, seek counseling and enroll in a rehabilitation program.

“Every certification I had I took everything off the wall, threw all of the pictures away, I had had it.” He even ripped up and threw away his paramedic card.

After quitting his job and enrolling in rehab a month later, Fish’s life steadily improved yet at the same time, his bills began to pile up.

Despite receiving unemployment income assistance from the state, he couldn’t keep pace with his apartment payments and auto expenses. He was struggling to put food on the table.

Through the Gary Sinise Foundation’s Relief and Resiliency program, H.O.P.E. (heal, overcome, persevere and excel), the urgent needs of service members, first responders, and their families are addressed from covering the cost of groceries and mortgage assistance to covering the cost of vehicle repairs.

“I was paying my cell phone bill and it happened to pop up on Verizon’s page,” he said about discovering information about the Gary Sinise Foundation and how it supports first responders.

“I had actually never heard of it [Gary Sinise Foundation] and came to find out that everybody knows about the foundation but me,” he said with a chuckle.

“When I reached out to the foundation, I did it on a whim and when Noa [an employee at the foundation] called me I was floored, absolutely floored.”

“When she called me I just sat and cried.”

Fish was in dire financial straits when he submitted his application to the foundation at the beginning of July.

“It’s really hard to go from somebody who is independent and paying my own way and always relying on myself, to reach out to somebody else and let somebody else take care of me.”

On August 13, the foundation was able to pay his bills, more than $3,400, to bring him out of the red. On the same day he received word from the foundation’s outreach team informing him that his bills would be covered, he accepted a paramedic position at a hospital in Mercer County, New Jersey.

As he returns to the first responder community as a paramedic, Fish is undaunted by his past and the dark cloud that hung over him through the first iteration of his career.

His renewed sense of purpose coincides with a mission that goes beyond the call of duty.

“I see where I can be of service not only to people calling 9-1-1 but with the experiences I’ve gone through, being able to stick my hand out and help somebody else that might not be a medical need, but they might be in a position where they have PTSD and I can tell you, ‘It’s okay not to be okay and to go get help.’”

“In the back of the ambulance, I’ll be able to say, ‘There’s a recovery for this, there’s a way out.’”

Most important of all, he said, “There’s hope.”