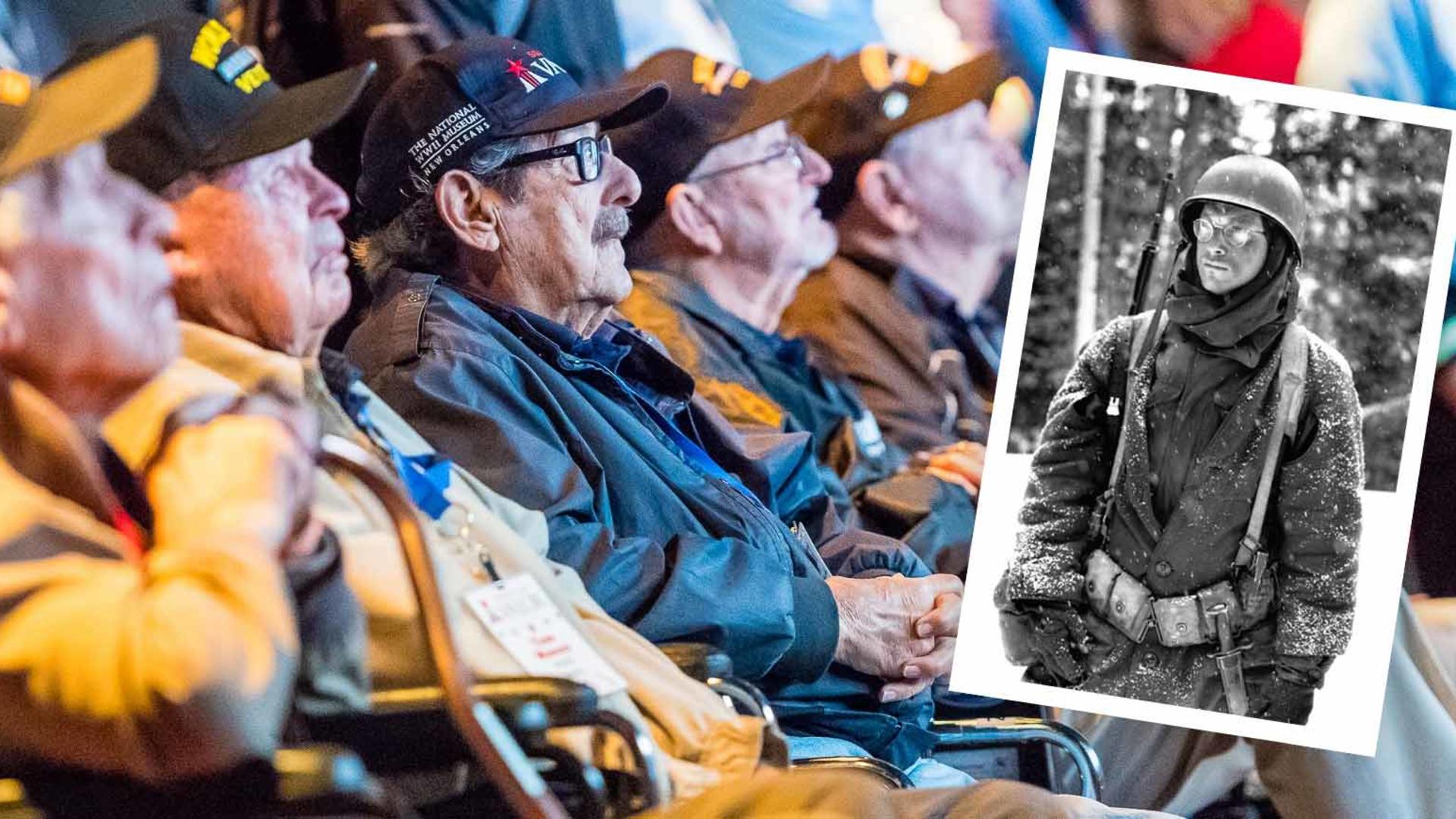 Twenty-five years ago, I got my first part in a movie. It was a film called A Midnight Clear, a WWII story set on Christmas Eve, 1944 in the Ardennes Forest during the Battle of the Bulge.

My family numbers among its ranks two World War II veterans, a grandfather who served in World War I, my father, who served in the Navy during the Korean War, three Vietnam veterans, a Cold War veteran, and a nephew currently serving. It was an honor to step into the movie business portraying a soldier who fought in the most devastating war in human history. It was an emotional role. My character struggled mentally to survive the war, a tragic figure withdrawing into isolation, setting the stage for a series of events that would affect all the soldiers in his unit.

But this was a character in a film.

As an actor, I have had the opportunity to play several military and law enforcement heroes. But at the end of the shooting day I take off the makeup, change back into my own clothes, and go home. The real-life characters who served in the Battle of the Bulge, the invasion of Normandy, on the beaches of Iwo Jima and Okinawa, in the skies over Germany, or in many other battles, played their parts till the war’s end. Of those who survived, many struggled with the effects of that war well after it was over. But in the end, as General Eisenhower said, "It was GI Joe who won the war." And thank God they did.

Over the years I have had the great blessing of meeting hundreds if not thousands of our real-life World War II heroes. And it has been an enormous pleasure and privilege to travel to The National WWII Museum in New Orleans through the Gary Sinise Foundation's Soaring Valor program and to experience this extraordinary place with some of the men and women who fought the war. I know you will enjoy meeting the World War II veterans in this new video of our April 2016 Soaring Valor trip, and I encourage you to see The National WWII Museum in New Orleans if you ever have the opportunity. It is a powerful reminder of the staggering price our nation paid in the 1940's to ensure that future generations would live free. It was a time when there were only two outcomes: either freedom would win out, or freedom would lose, and the world would live in tyranny under the Thousand-Year Reich. Thankfully, because of these heroes, freedom triumphed. We, and succeeding generations, owe them a great debt.

And thank you, the American people, for supporting the Gary Sinise Foundation. That support allows us to preserve the stories of these heroes and give these special Americans the chance to see the magnificent building in New Orleans where those stories will be passed on. By sponsoring a historian through the program we are able to capture and preserve their personal oral histories which will help to educate future generations. I know I have learned so much from them myself.

It is my hope that, in the years ahead young Americans from across the country will visit. As part of our education outreach, next year we plan to expand our Soaring Valor program to include funding for a small number of field trips, enabling students of all ages to learn from the struggles of those who have gone before. As Ronald Reagan said, "Freedom is never more than one generation away from extinction. We didn't pass it to our children in the bloodstream. It must be fought for, protected, and handed on for them to do the same." We must learn from our history, and God willing, we will never experience anything like World War II again.