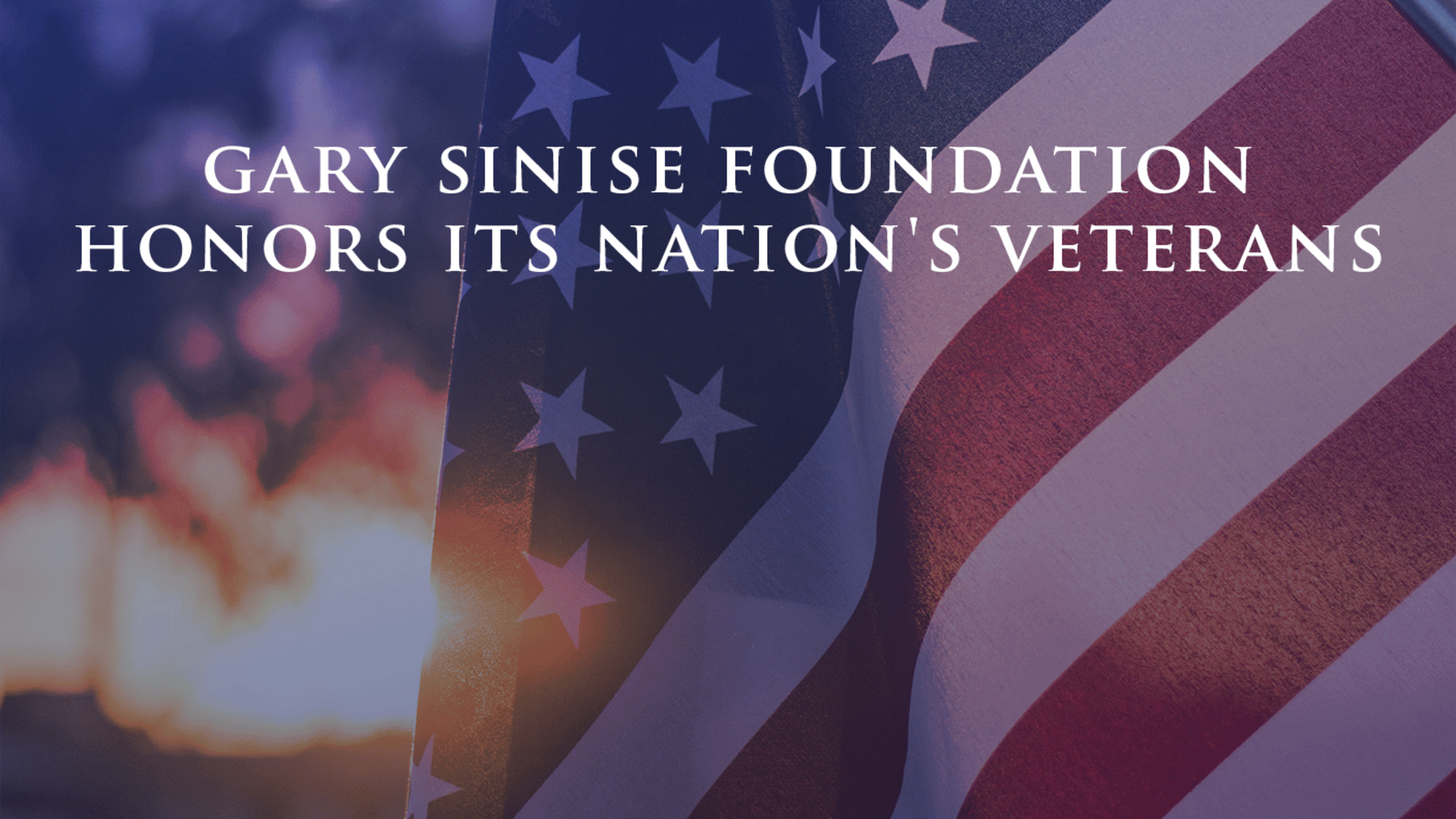 On Veterans Day our country pauses to honor its veterans who have faithfully served our nation in the uniform of our Armed Forces. In times of war and peace, citizens from every generation have raised their right hand and taken a solemn oath to protect and defend the Constitution of the United States of America.

Fittingly, on this most special day recognizing veterans past and present, the Gary Sinise Foundation dedicates a specially adapted smart home that has been months in the making, to retired United States Marine Corps Staff Sergeant Jesse Cottle and his family.

Jesse’s story is one of immense sacrifice made thousands of miles away from America’s shores on a battlefield in Afghanistan. It’s a story of perseverance and determination in the face of an unsettling reality to overcome and literally stand again on his own two feet.

Upon graduating from high school in 2003, Jesse followed in his father’s footsteps by enlisting in the United States Marine Corps. Soon after he was sent on behalf of his nation into war.

Before his fourth deployment to Afghanistan in 2009, Jesse had already served in Iraq on three separate occasions. He was stationed in Okinawa, Japan for a year before his country called on him yet again to employ his talents and leadership, in Afghanistan where he would serve as an Explosives Ordnance Disposal Technician.

While he was serving alongside a squad of Marines in the city of Now Zad in Helmand Province on July 9 during an IED clearing mission, a pressure-plate IED had gone undetected along the route Staff Sergeant Cottle was walking. 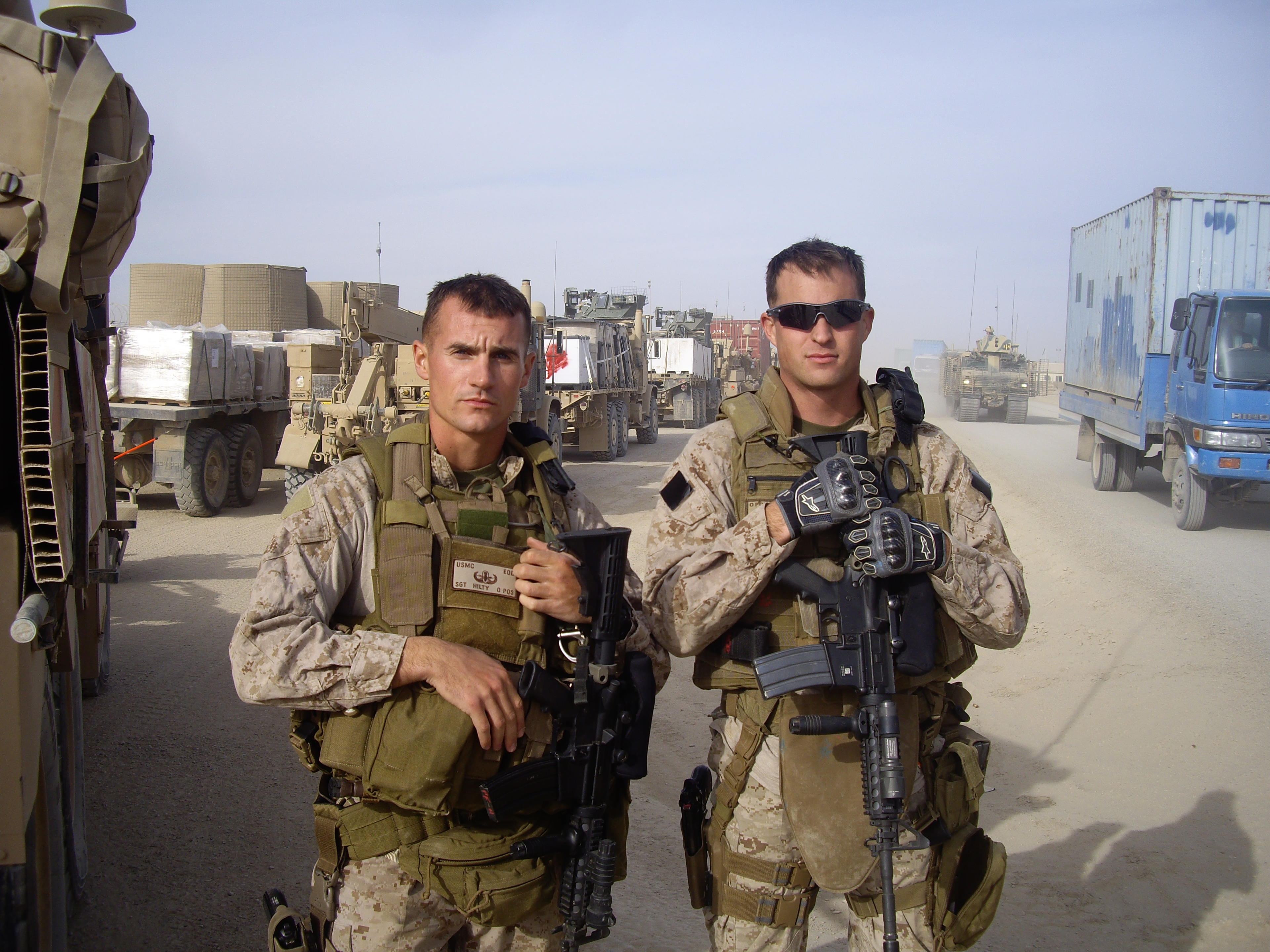 His fate was sealed each step of the way, closer and closer to the buried weapon, whose blast left Jesse with the loss of both his legs.

But this is the part of the story where the page really turns upon his homecoming and eventual outpatient recovery done in San Diego.

Like all good love stories, Jesse’s began with love at first sight in the most likely of places yet in the most unexpected of circumstances.

Jesse was months into his rehabilitation and physical therapy in San Diego. He was learning how to walk on prosthetic legs and adapting to his newfound mobility when he first met Kelly who was in town representing the Broncos of Boise State in a swim meet.

Suffice it to say Jesse was smitten with Kelly’s natural beauty and unsurprisingly, her South African accent.

Date after date their love for each other grew. It was only a matter of time before they tied the knot and soon after, started a family. He and Kelly now have two little girls, Grace and Isla.

Thanks to the advocacy and generosity of Americans nationwide, in addition to our partners and local contractors, we're able to build specially adapted smart homes for our nation's most severely wounded heroes like Jesse Cottle.

*Scroll to the very end of the blog post to view photos from the home dedication ceremony. 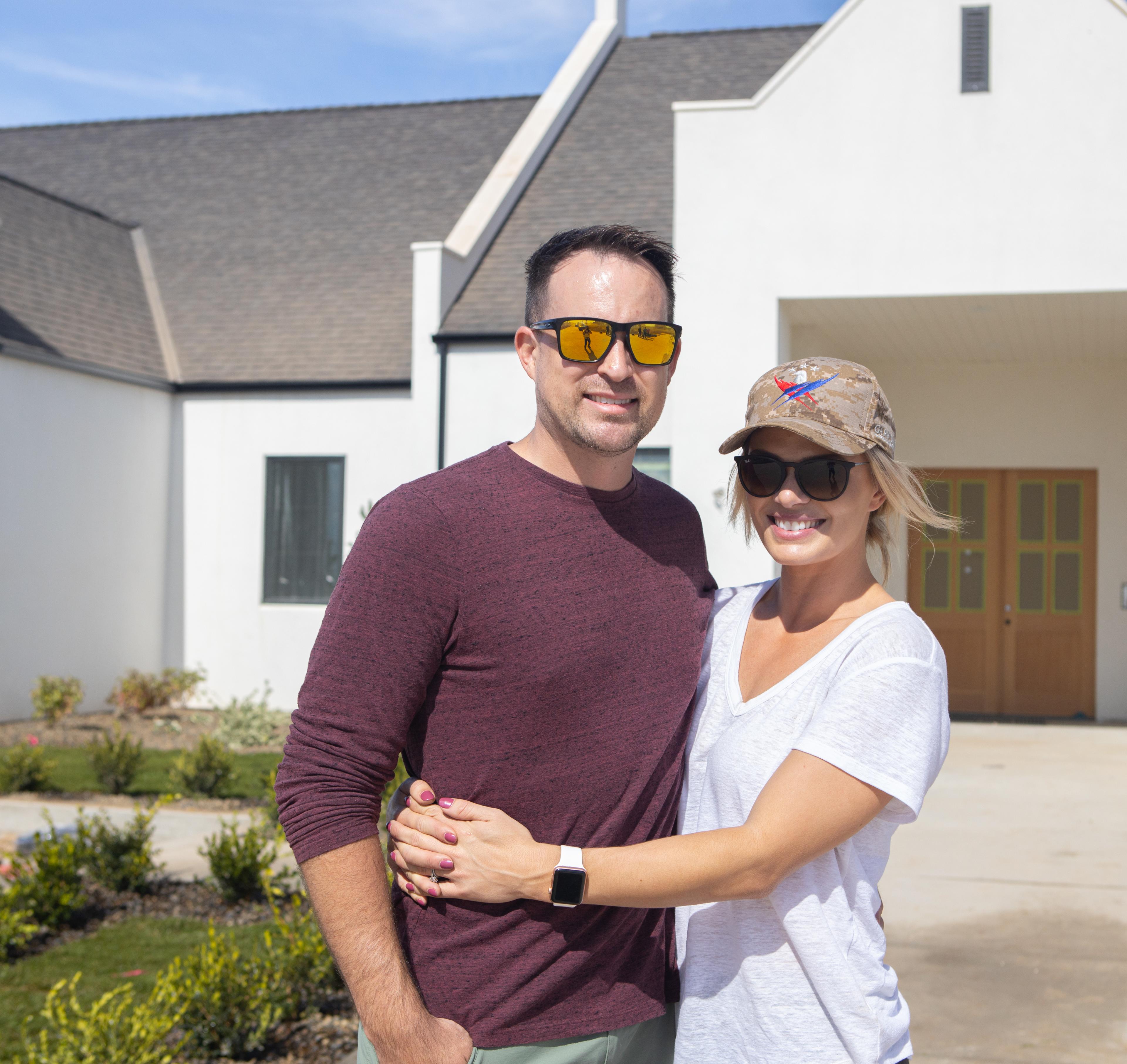 Year-round, the Gary Sinise Foundation serves and honors its nation's veterans through a host of programming. From building specially adapted smart homes around the country for severely injured veterans and first responders, pairing high school students with WWII veterans on a trip to the National WWII Museum in New Orleans, to hosting veterans at Steppenwolf Theatre in Chicago, The Geffen Theatre in Los Angeles., Catholic University in D.C., and elsewhere for a free rehearsal performance we call, "Vets Night," month after month we ensure our nation's heroes feel the love and admiration of a grateful nation.

With the generosity of thousands of Americans around the country, take a look at a few of the stories from 2019 that we've been able to accomplish thanks in large part to your donations and championing of our mission.

In a recent interview aired in time for Veterans Day, former Speaker of the House of Representatives, Newt Gingrich, spoke with Gary who discusses his journey from self to service as chronicled in his New York Times bestselling book, Grateful American.

As we honor our nation's veterans past and present, we also look towards the future of how the Foundation will support those who have dedicated their lives to the preservation of our nation's freedom, addressing the unseen wounds they carry. The Gary Sinise Foundation has taken steps to address the mental health needs of our nation’s service members, first responders, and veterans through innovative and empowering treatment methods.

Chief among these new pathways in which this will be carried out is a partnership with Texas A&M University’s College of Veterinary Medicine and Biomedical Sciences, who will provide assistance to police K-9s and service dogs utilized by the military, first responders, and veterans. We call this initiative, Veterinarians for Valor.

Learn more about Veterinarians for Valor. 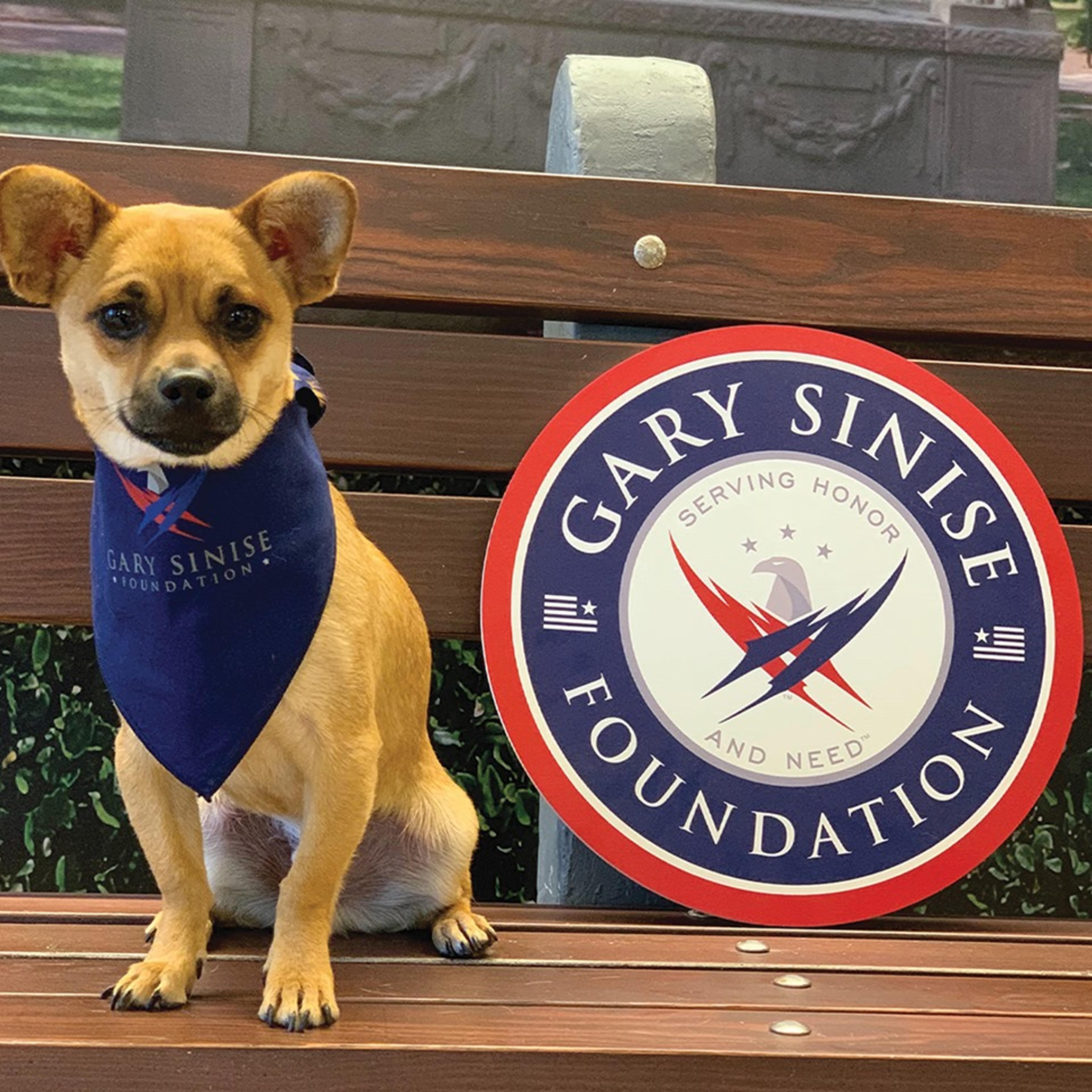 On Veterans Day, the Gary Sinise Foundation is honored to partner with several organizations to show gratitude to our nation's heroes, and celebrate their invaluable contributions to our country's freedom.

Regal Cinema Veterans Day Promotion: Catch a movie at any Regal on Veterans Day and they will donate $1 to the Gary Sinise Foundation for every large popcorn purchased!

Dawson's Peak: It's as easy as 1-2-3 in the Dollar For A Veteran campaign. Text VET to 71777 now, through March 2021, and make a donation of any dollar amount for a cause worth championing. The proceeds will benefit the Gary Sinise Foundation and Hope For The Warriors. Donations are tax deductible.

Learn more about Dawson's Peak and their mission of developing and hosting large scale, adventure-related projects around the world that are undertaken by their sponsored athletes. These projects are designed to enable participants to draw parallels between themselves and Dawson's Peak athletes. 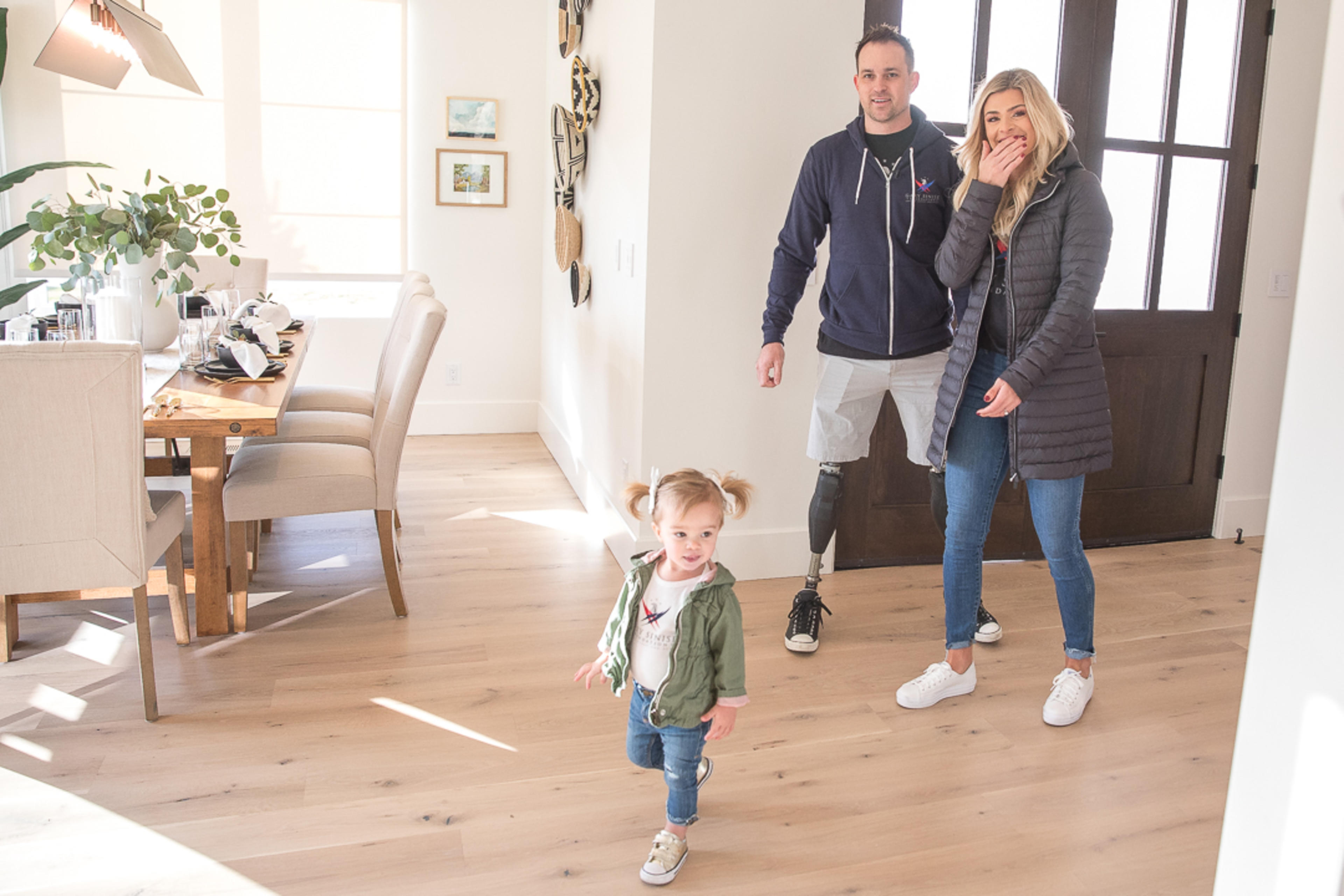 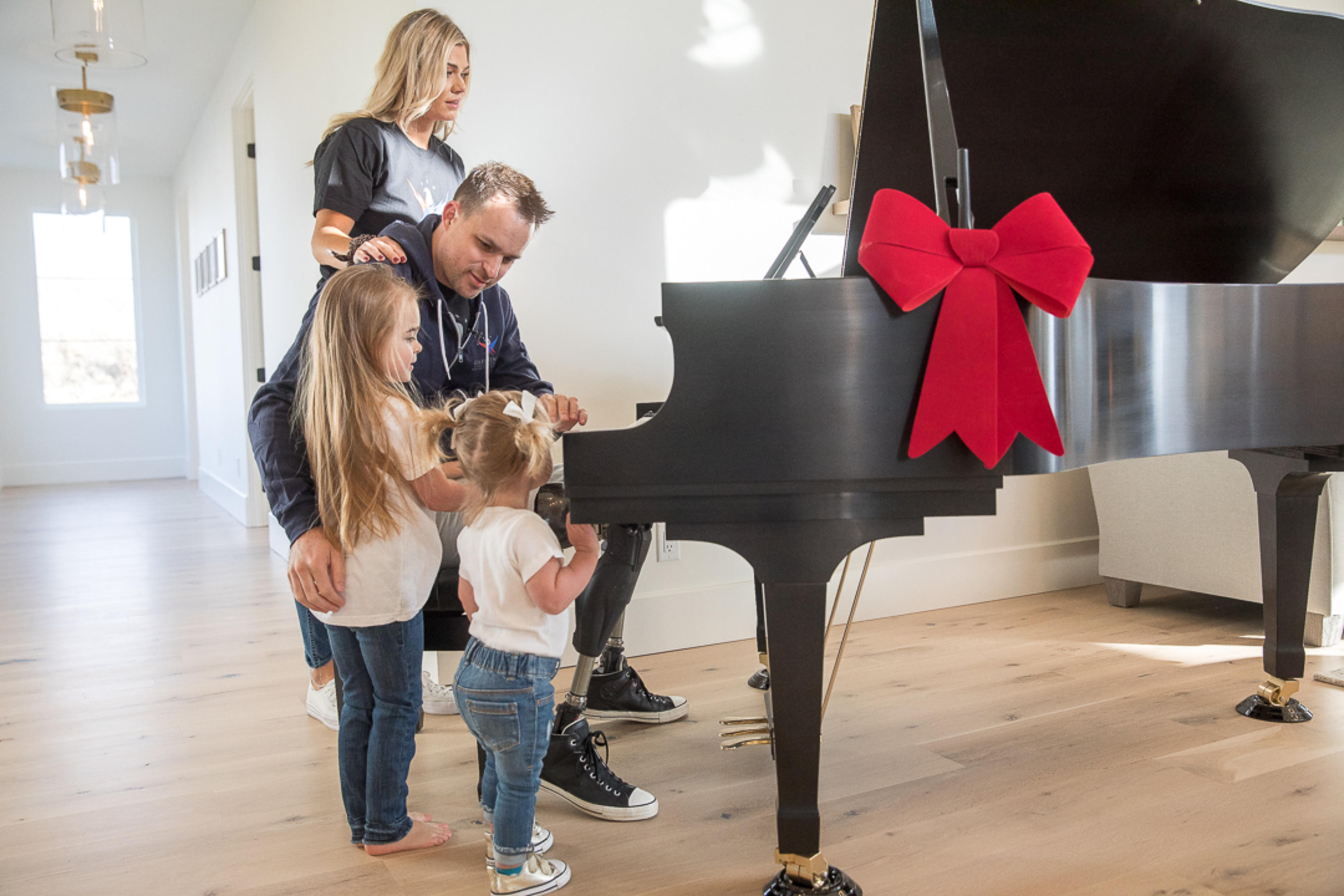 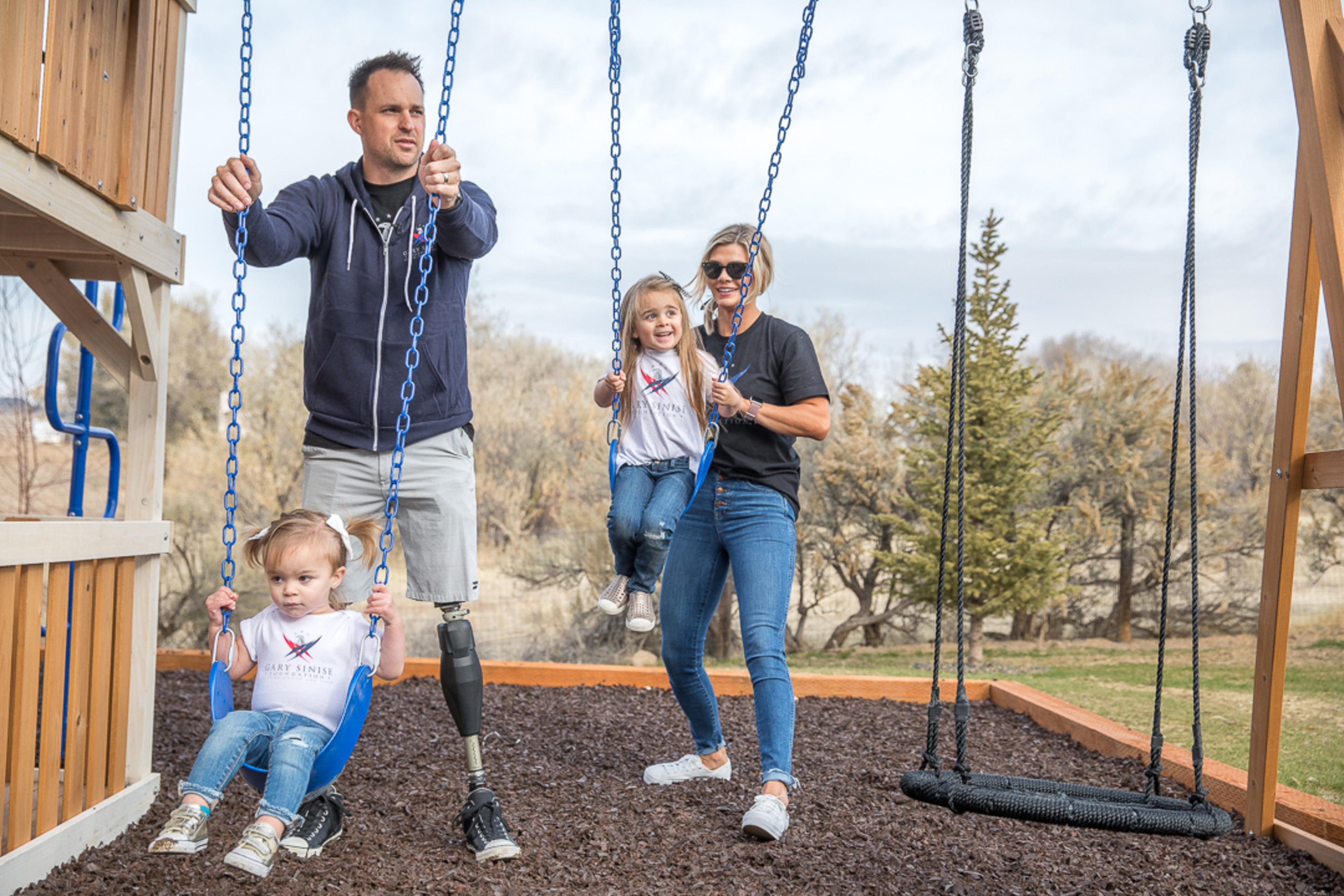 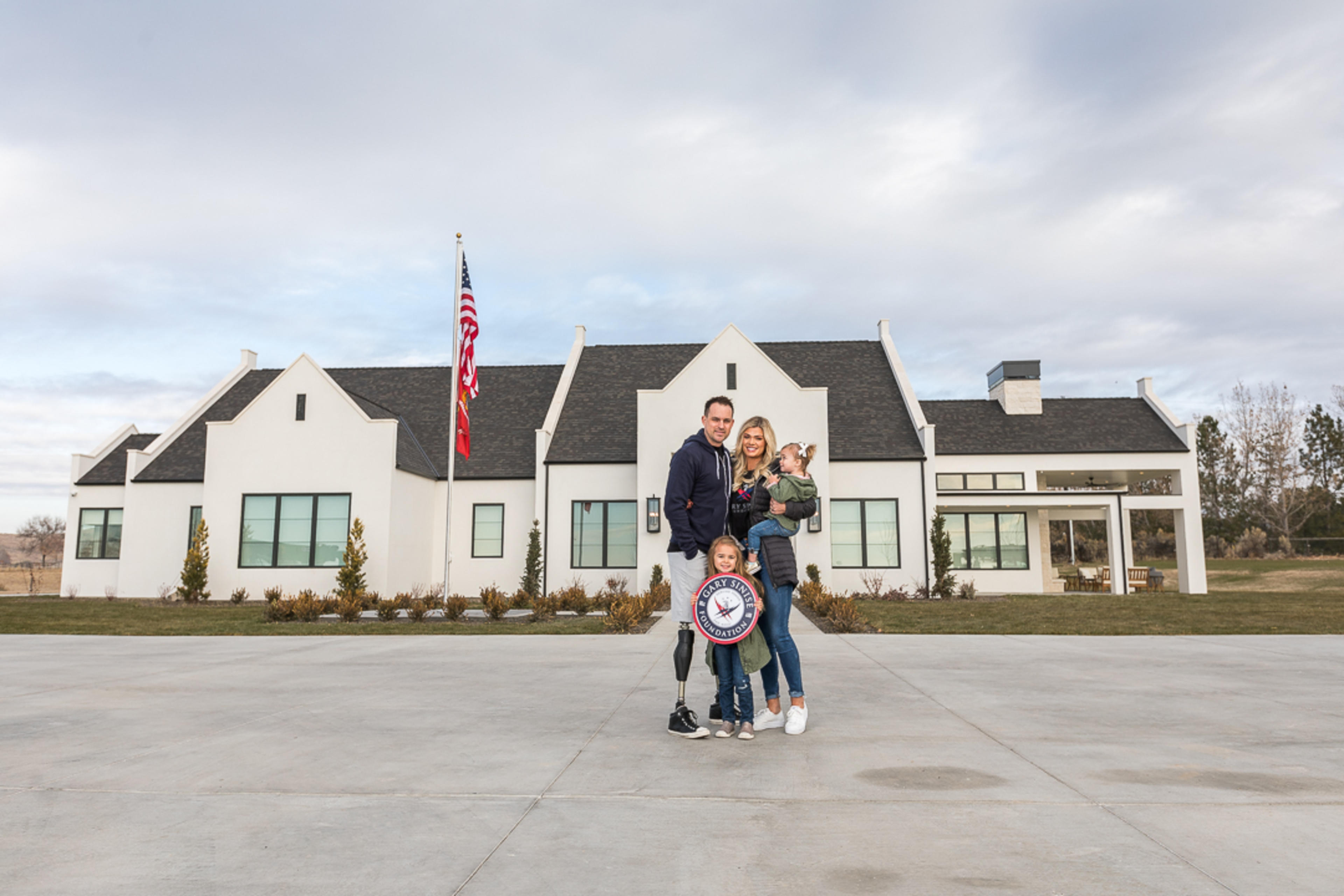