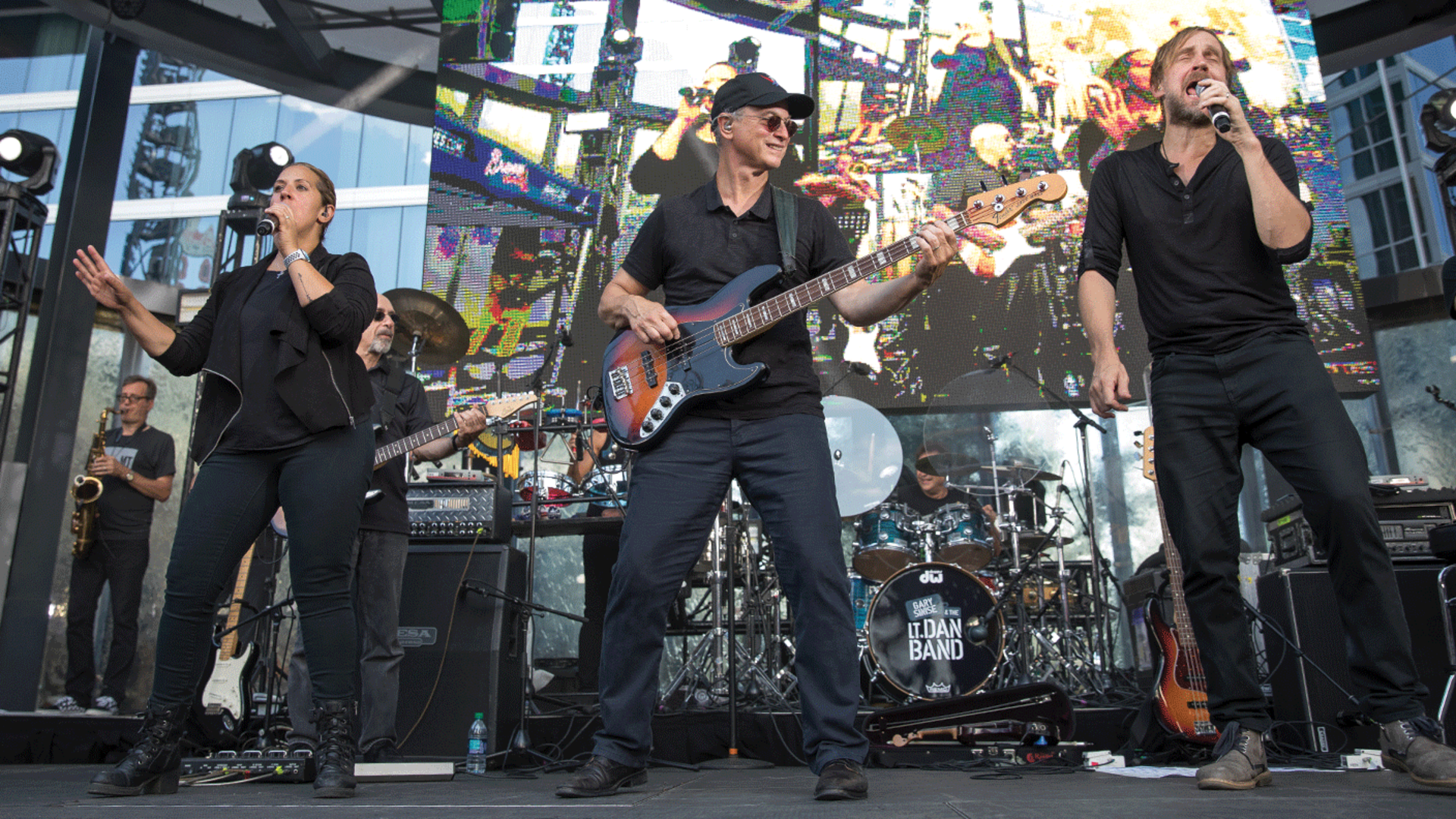 In the shadow of Suntrust Park, home to the Atlanta Braves of the National League, Gary Sinise & The Lt. Dan Band kept a standing room only crowd on their feet after the ball game on Sunday, August 4.

The band took to the stage at Georgia Power Pavilion at The Battery Park in front of a sea of active-duty military service members, veterans, their families and many others who sang along with the band, danced to popular covers and who above all, enjoyed the afternoon concert.

Despite a tough loss in extra innings to the Cincinnati Reds, Braves fans came out to the concert with enthusiasm and were greeted by the Heavy Hitters, the Atlanta Braves very own drumline band who performed alongside the ATL Breakers, whose dance moves and acrobatics kicked off the concert on the right foot. 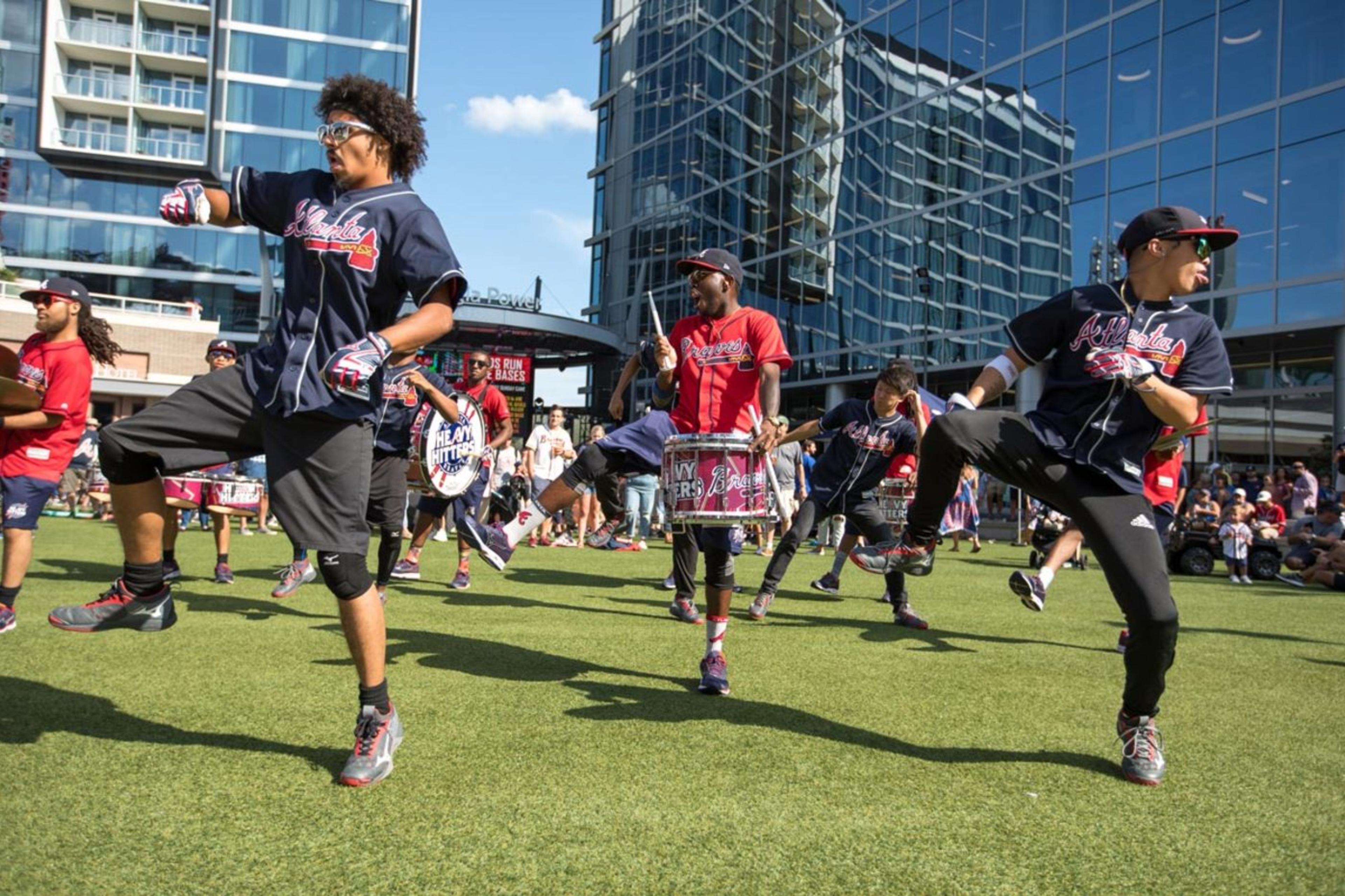 Sitting close to the stage, veteran Maxx Still was excited to see Gary Sinise and the band perform. “For somebody like Gary to give back to the troops and veterans, it’s just awesome,” said Still. “All that he does for us is very much appreciated and it just means a lot to us.”

Nearby watch parties were bustling with excitement as onlookers at the adjacent Omni Hotel watched from their hotel rooms and at the hotel’s pool which overlooks the baseball field and Battery Park. 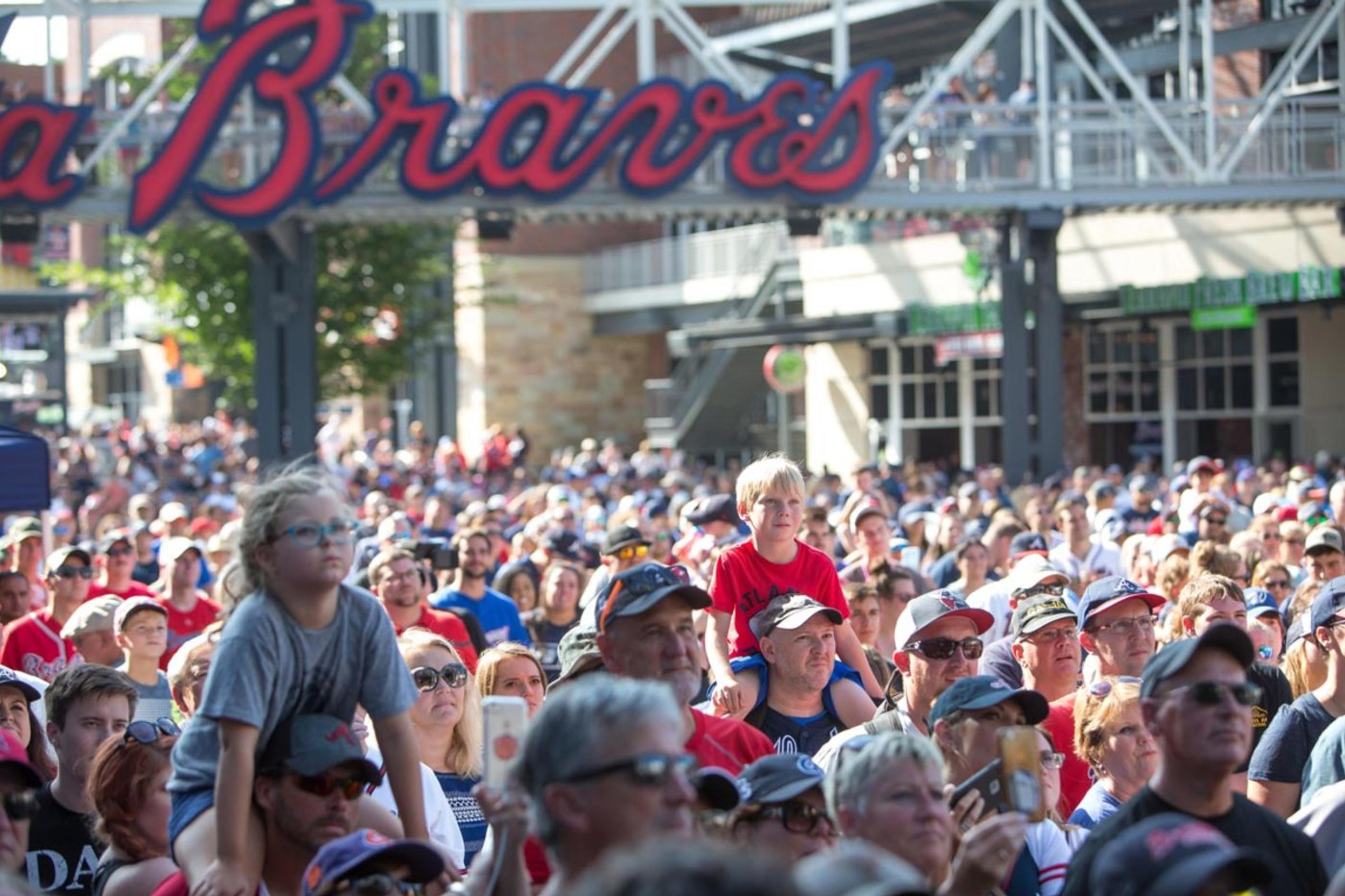 People watched the concert from all ends of the venue including on the second story Atlanta Braves bridge which links one end of the business, retail and dining space with the other.

Standing among those people were John Dietz and Melissa Masseneale who drove out from their home in Chattanooga, Tennessee to catch the baseball game and were excited to find out that Gary Sinise and the Lt. Dan Band were to perform right after.

The two said they appreciate the commitment Gary and the foundation have to supporting the military and veterans.

“We appreciate what he does for the military and the wounded warriors. People talk the talk, but not too many walk it,” said Victoria Turney, a retired Marine Corps Gunnery Sergeant about Gary Sinise and his philanthropic work through the Gary Sinise Foundation.

Turney was joined at the concert by her good friend Darlene Allmaras, a retired Navy veteran, who follows Gary and the foundation through social media and who was thrilled to see him and the band live for the first time. 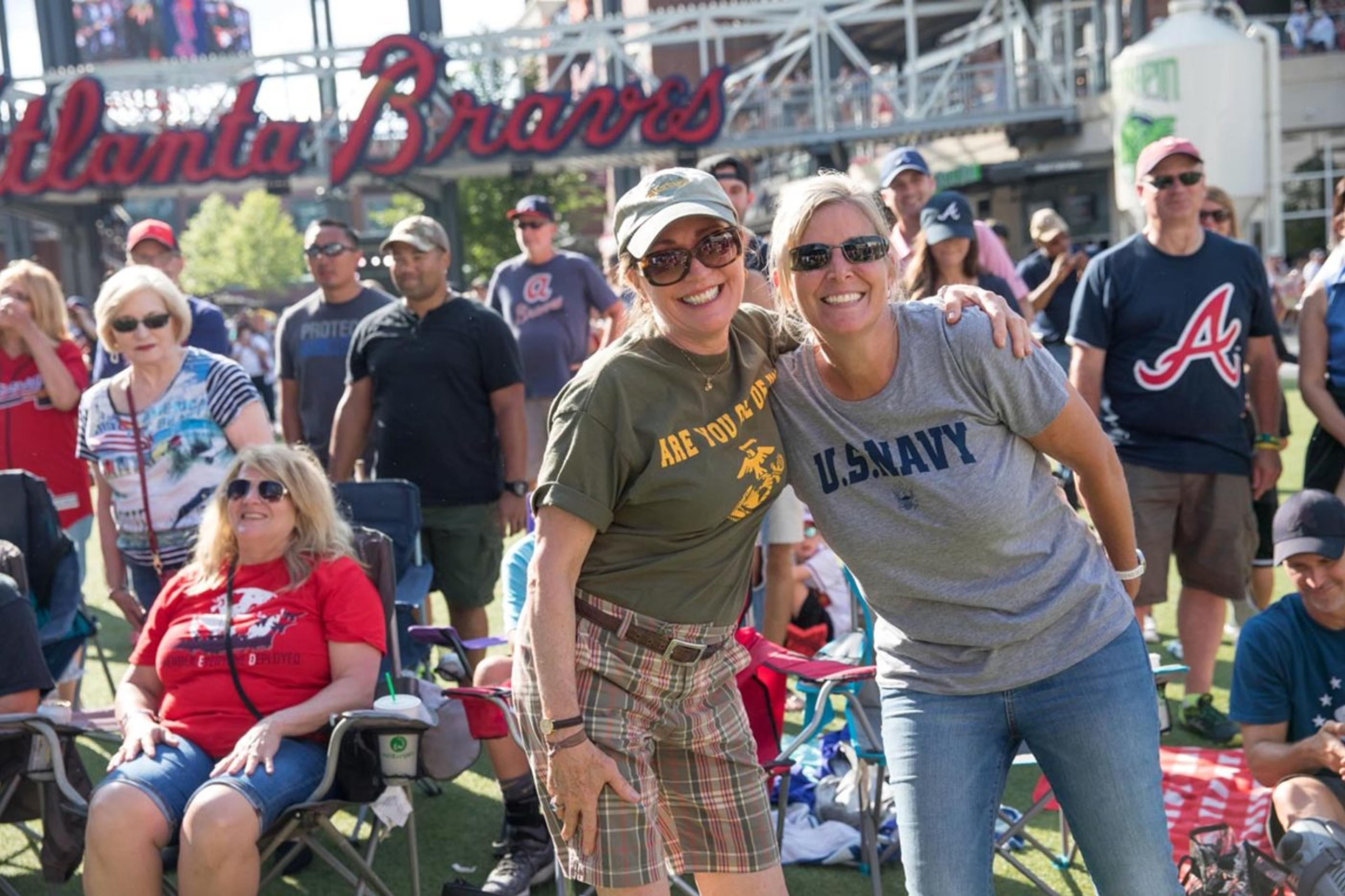 “I’m so excited because I’ve been following him for years,” said Allmaras. “Just the appreciation he shows for us [veterans] it’s nice to come here and see him.

Just like active-duty service members, families, likewise, share in the sacrifice of military service and were honored during the electric concert.

“The families sacrifice as well and a lot of people forget that,” said Turney whose son is currently stationed in Okinawa, Japan as part of a Marine Corps contingent on the island. “Everyone in the family sacrifices.”

Nuria Martin knows a lot about sacrifice and who was sitting on a lawn chair close to the stage alongside a friend of hers. An immigrant to the United States from Costa Rica, she married an Army veteran whose distinguished actions during the Vietnam War earned him the Silver Star and Purple Heart.

“I donate to the foundation because of my husband and three sons,” said Martin who supports the Gary Sinise Foundation not just because of its services for active-duty military and veterans but also for those service members wounded in battle.

Among the active-duty service members enjoying the concert were a large contingent of airmen and their families from nearby Dobbins Air Reserve Base (ARB), home to the 94th Airlift Wing. 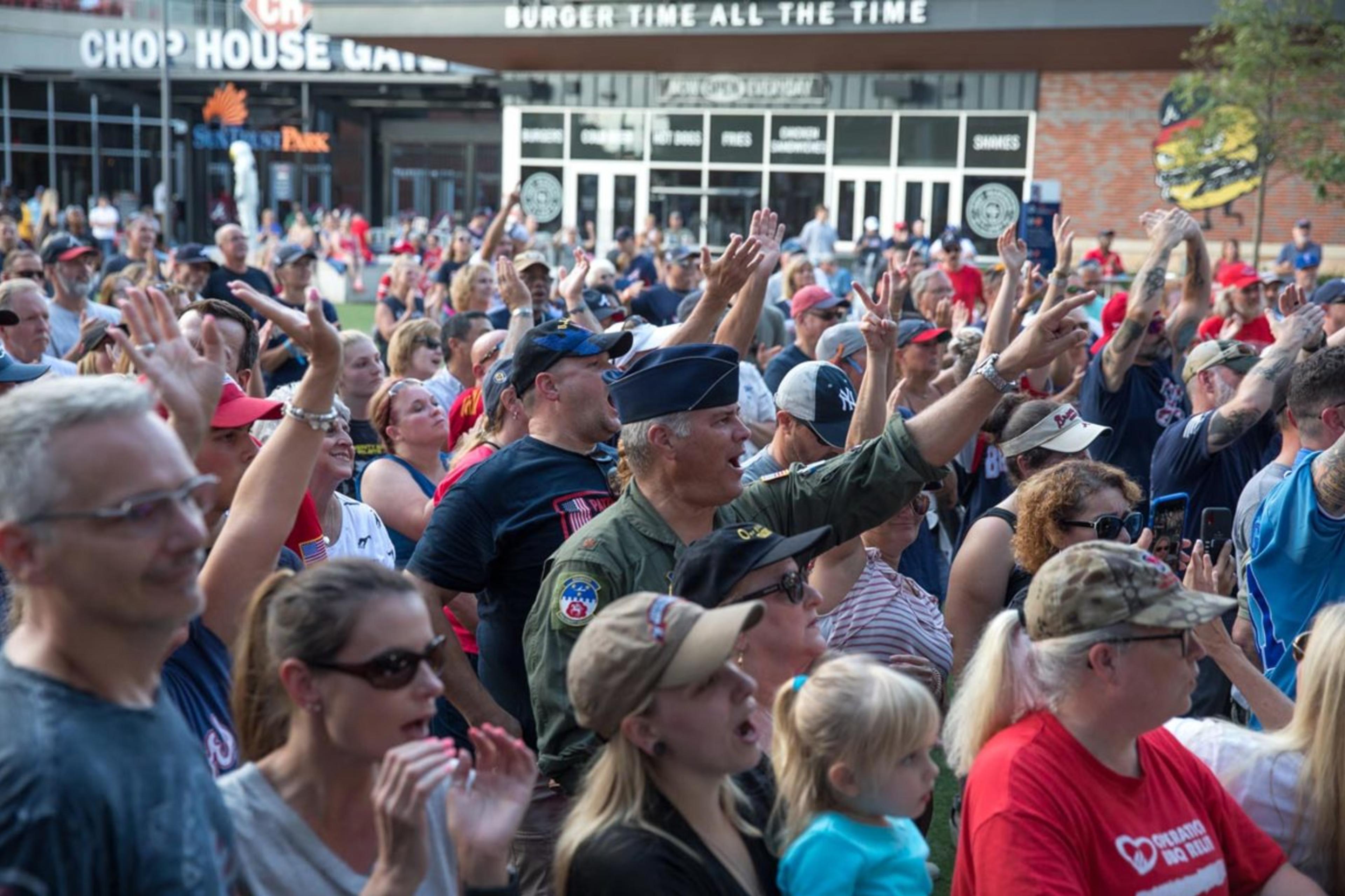 “I’m a big supporter of Forrest Gump and I know he [Gary Sinise] is a big supporter of the military so we’re pretty excited,” said Master Sgt. Cody Sherrill who was joined at the concert by his wife, their children and fellow airman, Sergeant Martinez.

Airmen from Dobbins ARB were notified of the free concert by their senior leadership and through the base’s social media, said Brigadier General Richard Kemble, Wing Commander of Dobbins.

“The outpouring of support that we get as servicemembers is just phenomenal and events like these really accelerate that,” said Kemble who like many of his fellow airmen who came out to the concert were seeing the Lt. Dan Band perform live for the first time.

“They’re awesome. They’re very good,” he said of the band. “They’re the highest quality as anybody that you would pay to go see.” 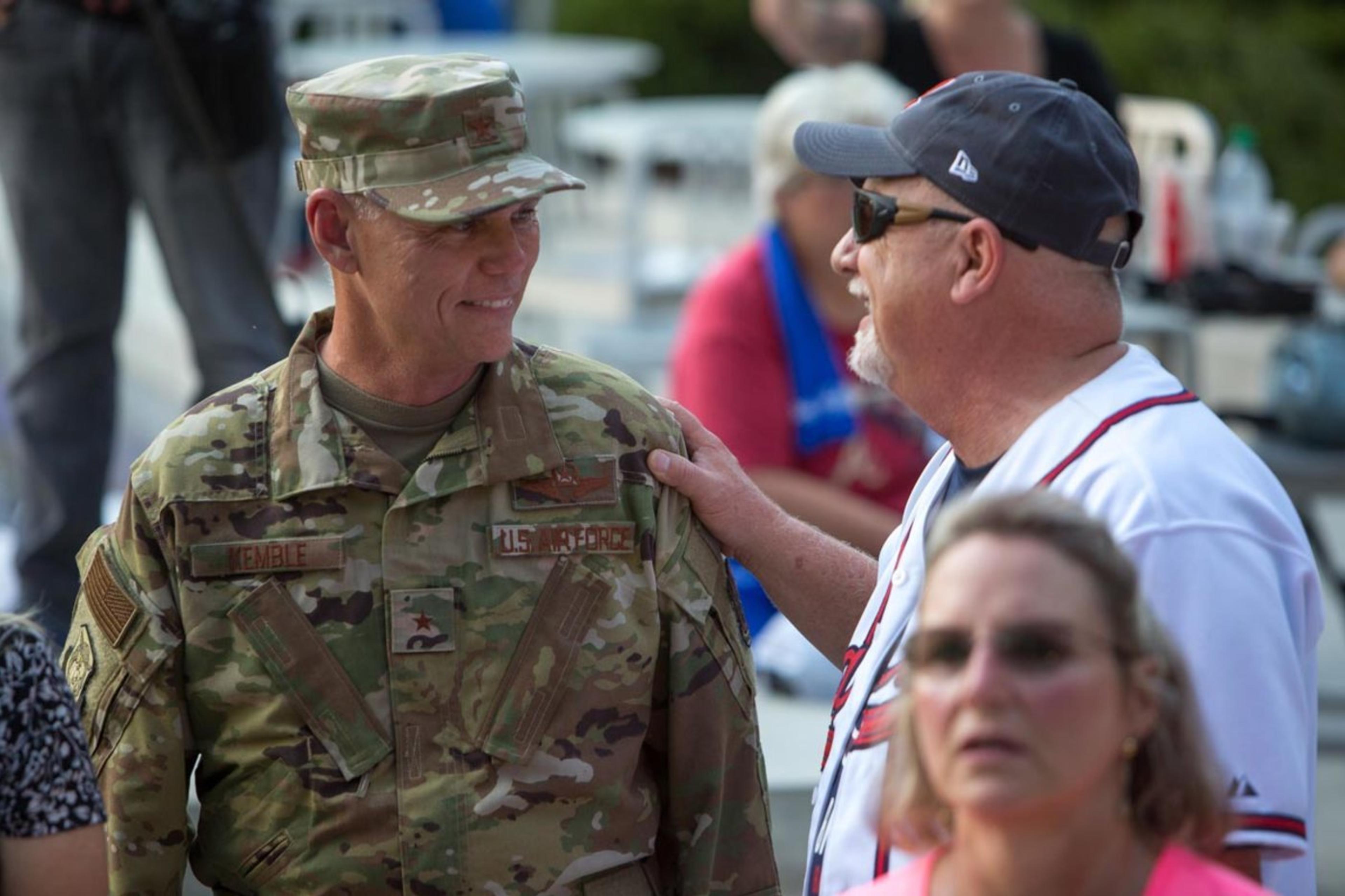 As part of the foundation’s Relief and Resiliency program, Gary Sinise & The Lt. Dan Band have performed more than 250 concerts since the foundation was established in 2011.

Making it all possible has been the generosity of the American people, whose donations enable the foundation to host such programs and events.

The band’s mission and purpose are to serve our nation’s service members, veterans, first responders, and their families through honor, gratitude, and rock and roll.

With the sun beginning to set over Battery Park as the concert came to an end, it was mission accomplished for Gary Sinise and The Lt. Dan Band. 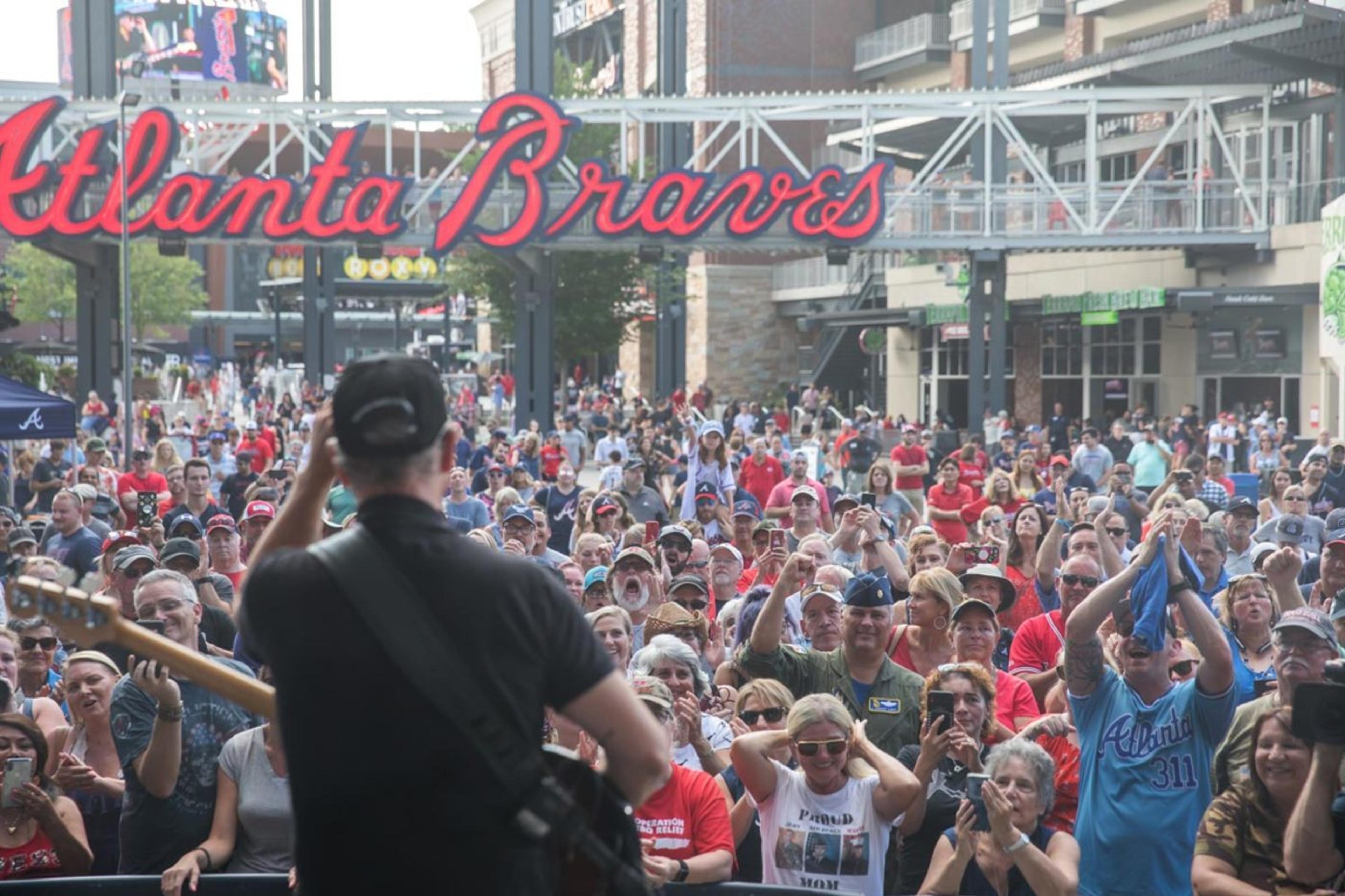