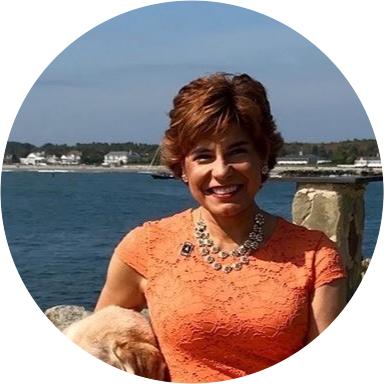 A week after the terrorist attacks on the Pentagon and World Trade Center on September 11, 2001, retired U.S. Army Captain Leslie Smith volunteered to deploy with her division, the 29th Infantry, to Bosnia as part of Operation Joint Forge. It was during her deployment that Smith developed a blood clot, forcing her to return stateside two weeks before the end of her deployment. Leslie was admitted to Walter Reed Army Medical Center for complications resulting from exposure to a chemical agent or toxin. Leslie eventually lost her left leg and the majority of her vision.

During her recovery at Walter Reed, Leslie’s ability to stay positive was unparalleled. Despite her new challenges, she was able to form a new perspective on life and spent much of her time speaking to newly admitted patients with severe injuries stemming from combat in Iraq and Afghanistan. With their support in return, Leslie was able to work through her new physical state.

As a young girl growing up in Chambersburg, Pennsylvania, Leslie was indoctrinated into the Army by her father, who had served. With her competitive spirit, Leslie was active and played a multitude of sports including, softball, volleyball, and cheerleading. She later attended Marymount University in Arlington, Virginia, and received her commission from the Army ROTC program at Georgetown University in Washington, D.C. She was assigned to the Nuclear Biological Chemical Corps and attended the Army Defense Information School, which enabled her to serve as a Public Affairs Officer.

Today, Leslie has dedicated much of her life advocating for veterans. She has worked as a senior media relations liaison at the USO and received a Secretarial appointment to the Department of Veterans Affairs Advisory Committee on Women Veterans. Leslie currently represents the Gary Sinise Foundation as an Ambassador, attending events nationwide, and engaging audiences as a public speaker. Continuing along this path, she hopes to one day start a non-profit that serves veterans.