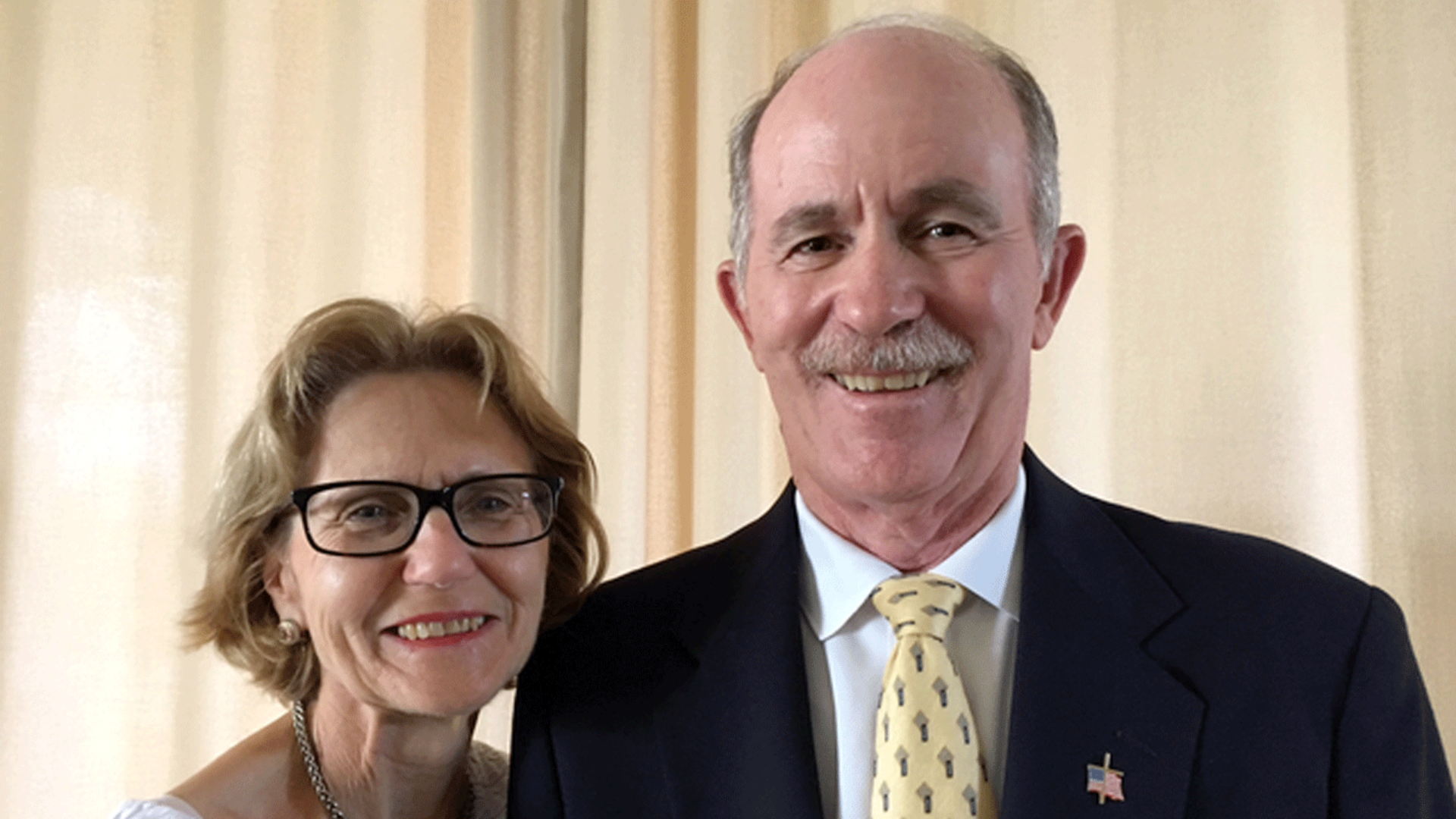 The National Memorial Day Concert in Washington, D.C., has become a time-honored tradition since its inception in 1989. The daylong festivities celebrate and honor the service and sacrifices of the nation’s Armed Forces and its veterans from conflicts past and present.

Held on the West Lawn of the United States Capitol Building the day before Memorial Day, live musical performances complement a series of documentary films and raw footage that reveal an unadulterated look into the experiences of war and its effects on both the warfighter and families at home.

Broadcast by PBS nationwide to millions of Americans, it is rivaled only by the pageantry and theatrics displayed on Independence Day in the nation’s capital.

In 2005, just as she had done in years before, Junell Lofthus watched the National Memorial Day Concert from the comfort of her home in Edina, a suburb in Minneapolis, Minnesota.

“I’ve been a patriot all my life, and I always, always watch the National Memorial Day Concert,” said Lofthus.

Throughout her life, she said, “Memorial Day was never a day off for me. It’s a day to take time to remember.”

But that 2005 concert, she would come to find out, would have a prolific effect on her, unlike any other.

Among the star-studded list of guests and artists featured in the concert was Gary Sinise and the Lt. Dan Band, who played alongside the National Symphony Orchestra. 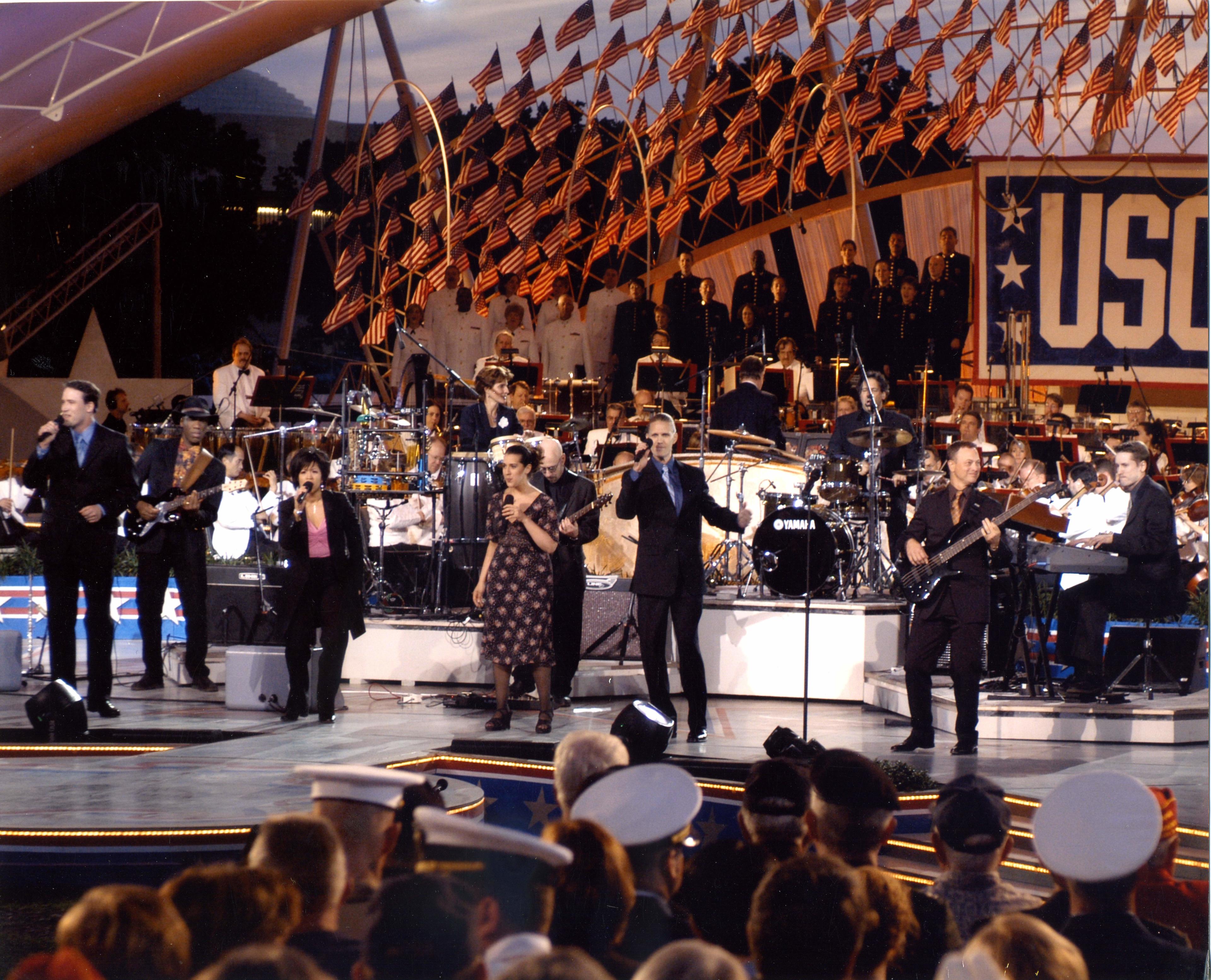 After the band performed its rendition of “Aint No Mountain High Enough,” and “God Bless the U.S.A.,” Gary took the microphone and delivered words of thanks and encouragement to the thousands of veterans and service members in attendance.

Despite being more than a thousand miles away, Gary’s heartfelt spirit of thanks resonated with Lofthus on a personal level so much so that she began closely following Gary’s philanthropic work from that moment onwards.

Year after year, Lofthus would tune in to PBS to watch Gary co-host the National Memorial Day Concert alongside Joe Mantegna, who now serves as an ambassador of the Gary Sinise Foundation.

Time and again, she would find herself inspired at every instance by Gary’s remarks about the nation’s veterans, service members, and their families. When a friend of her’s told her that Gary Sinise had a foundation, she found herself spurred into action to understand just what the foundation was about and who it served.

“I’m so touched by the mission of the Foundation and what Gary has accomplished,” she said.

When she began making donations to the Foundation in 2013, Lofthus saw her contributions as just one way to give back to service members and veterans she admirably refers to as heroes.

Before she moved from Minneapolis to St. Augustine, Florida, in 2011, Lofthus and her lifelong partner, Bill Slayton, a veteran himself who served in the Army during the Vietnam War era, had long been active members in the Fort Snelling Memorial Chapel Foundation.

As part of the now decommissioned fort — situated between St. Paul and Minneapolis, resting on Native American land at the junction of the Minnesota and Mississippi rivers — the foundation organizes nondenominational services inside the historic chapel.

Its motto, “Where the Veteran is Remembered,” was taken to heart by Lofthus, whose passion for military history brought her close to many veterans who participated in World War II.

Bill, for his part, served as a member of the Fort Snelling National Memorial Cemetery Rifle Squad, performing honor guard services at burials in honor of veterans laid to rest.

Participating in Chapel Foundation events that honored veterans was an endearing period of their lives. But most of all, it was their way of serving and remembering others.

In 2014, Lofthus decided to set her affairs in order with an eye towards planned giving, which included a planned gift to the Gary Sinise Foundation. A year later, she was in touch with the Foundation about her long term charitable plans, and in 2019 was honored to become a member of the Legacy Society.

Her confidence in the Foundation and its four programs led her to include the Gary Sinise Foundation, among several other nonprofits, listed as beneficiaries to annuities in her will.

The decision was not about leaving a legacy behind.

“I don’t want any recognition,” she said. “I have worked through high school, through college, and all my life. I want my money to go where it will help people in need.”

Long after she passes, Lofthus hopes that her gift will be “well-received with a lot of love, a lot of appreciation, and a lot of gratitude.”

“When I pass away, I’ll be a complete stranger to them but want to leave money behind to continue the programs that are a part of the Gary Sinise Foundation.”

Looking back on her life and the privileges she has enjoyed from the collective sacrifices of those who ensured her safety and prosperity, Lofthus introspectively asks herself, “What have I really done for someone else who has done so much for me?”

As a member of the Gary Sinise Foundation Legacy Society, Lofthus will leave behind a gift that will enable the Foundation to carry out its mission of addressing the evolving needs of military service members and veterans, first responders across the country, their families, and not least of which children of the fallen.

“I’m just a common person who just wants to help the people who served our country and those who sacrificed their lives every day to protect me after I leave this world.”

From one grateful American to another, Junell Lofthus is anything but common.