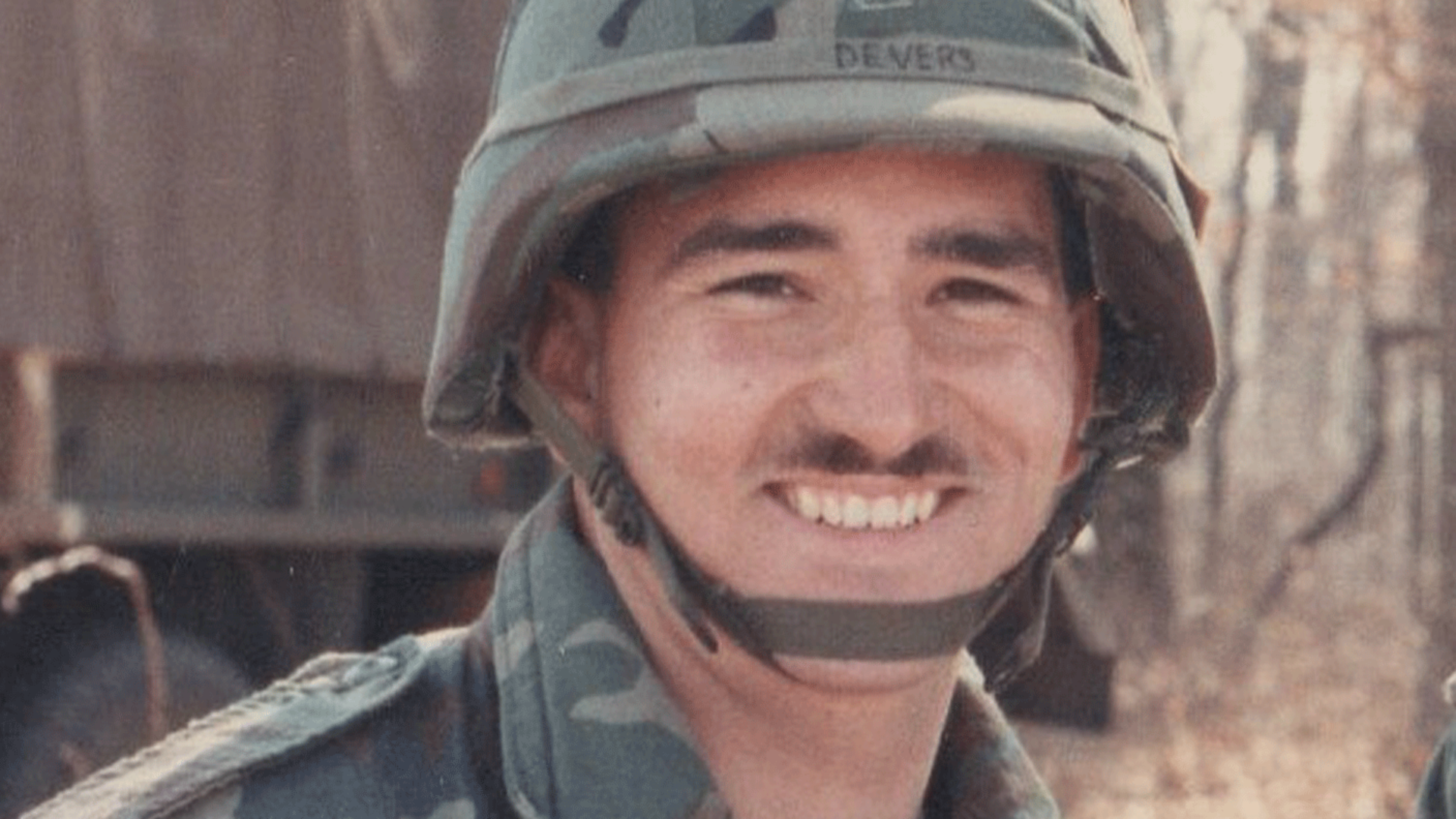 For the last nine years on Christmas Day, Jenna and Michael Devers would open the doors to their home in Houston, Texas, to local veterans. They would prepare all the fixings of a home cooked meal for strangers who had at one time in their lives given themselves to the nation’s Armed Forces.

The tradition became so rewarding and personally fulfilling to the Devers that they eventually included Thanksgiving day as part of their annual service during the holiday season.

They wanted to ensure that veterans at the local VFW (Veterans of Foreign Wars) and in nearby retirement homes who had nowhere else to go during the holidays had a place to be among friends while enjoying a hearty, Italian meal inside their home.

“The holidays are always so hard for the military, especially if they’re all alone,” said Jenna.

The dinner table conversation would move from one topic to another. “They love to sit and talk about everything from their first car to where they served while in the military,” she said.

For some of the guests, the warm hospitality showed by the Devers, and their adoption into their family often was so overwhelming it naturally made them overcome with emotion and cry.

It was merely a good deed and a modest legacy they were able to impart in their community to give back and show their gratitude to veterans.

But the Devers aren’t just acting locally in their philanthropic giving.

“Our legacy is to be helping those who helped us,” said Jenna. “The people who died in service helped us to be free and helped us to have what we have every day.”

It’s a debt, they both said, that cannot be adequately repaid.

Or so they thought.

Through the Gary Sinise Foundation Legacy Society, their planned gift is expected to make an exponential difference in countless lives across the country who are served by the Foundation.

Without mincing words, Michael succinctly put it, “How can our money make the biggest impact?”

Their charitable gift will be utilized across all four programs of the Foundation. It will impact the lives of children of fallen military heroes through Snowball Express and severely injured veterans receiving assistance through Restoring Independence Supporting Empowerment (R.I.S.E.) program.

More importantly, it will be used where it is needed most.

“We’ve seen such an impact with Gary Sinise as opposed to other foundations that we’ve donated time and money to and really felt that this was the best we can do for everyone,” said Michael.

“We know that it’s going to a great cause.”

The son of a Marine who had served seven years in between the Korean War and Vietnam, Michael grew up in Indiana, having moved there from Kentucky.

When it came time to figure out plans after high school, he followed in the footsteps of his father and grandfather and chose to serve his country by enlisting in the Army in 1983.

For the next 12 years, he served as an“All American” in the famed 82nd Airborne Division at Fort Bragg in North Carolina attached to the 431st Quartermaster Company Airborne Rigger Unit.

Nine of those years were spent jumping out of airplanes as a paratrooper.

Serving for a cause greater than himself, and making a commitment to his country and his unit, have, in large part, been influential factors in how he arrived at his decision to give to the Gary Sinise Foundation.

For Jenna, the memory of what her father, a forward observer in the Marine Corps, experienced upon his return home from serving in combat in Vietnam left a profound effect on her.

Like so many returning service members, their homecoming turned out to be a rude awakening.

“He came back home to a lot of people who were not happy that he went,” Jenna said of the cold reception her father experienced.

Like a lot of service members who had a difficult time transitioning from the military to the civilian world, Jenna’s father took to alcohol and marijuana to get him through the next several years.

Life slowly began to unravel for him.

These dark, troubling years that her father endured are etched in her memory. They’re what inspires her altruistic actions in supporting those in the military and first responders.

Providing essential guidance and resources to steer them in the right direction and ensure they have a roof over their head is an important mission for her.

Jenna and Michael were attracted to the Gary Sinise Foundation for its commitment to service and transparency in how it utilizes donations across its four programs.

“Being able to help someone, especially the military who have always been family to us, and first responders, they deserve everything,” said Michael.

When the Devers moved from Houston to Indiana last year, they had a tough time connecting with the local veteran community in town.

New to the neighborhood, their Thanksgiving and Christmas Day tradition didn’t quite work out as was hoped. Yet they’re keeping the door open this year, knowing that the legacy they made in the Lone Star State will, sure enough, come to fruition in the Hoosier State.

Joining a growing number of Americans who have made a lifetime commitment to the Gary Sinise Foundation through the Legacy Society, the Devers have opened a much larger door in their philanthropic giving.

“We’ve always taken care of family, and that’s even more so with the Gary Sinise Foundation.”