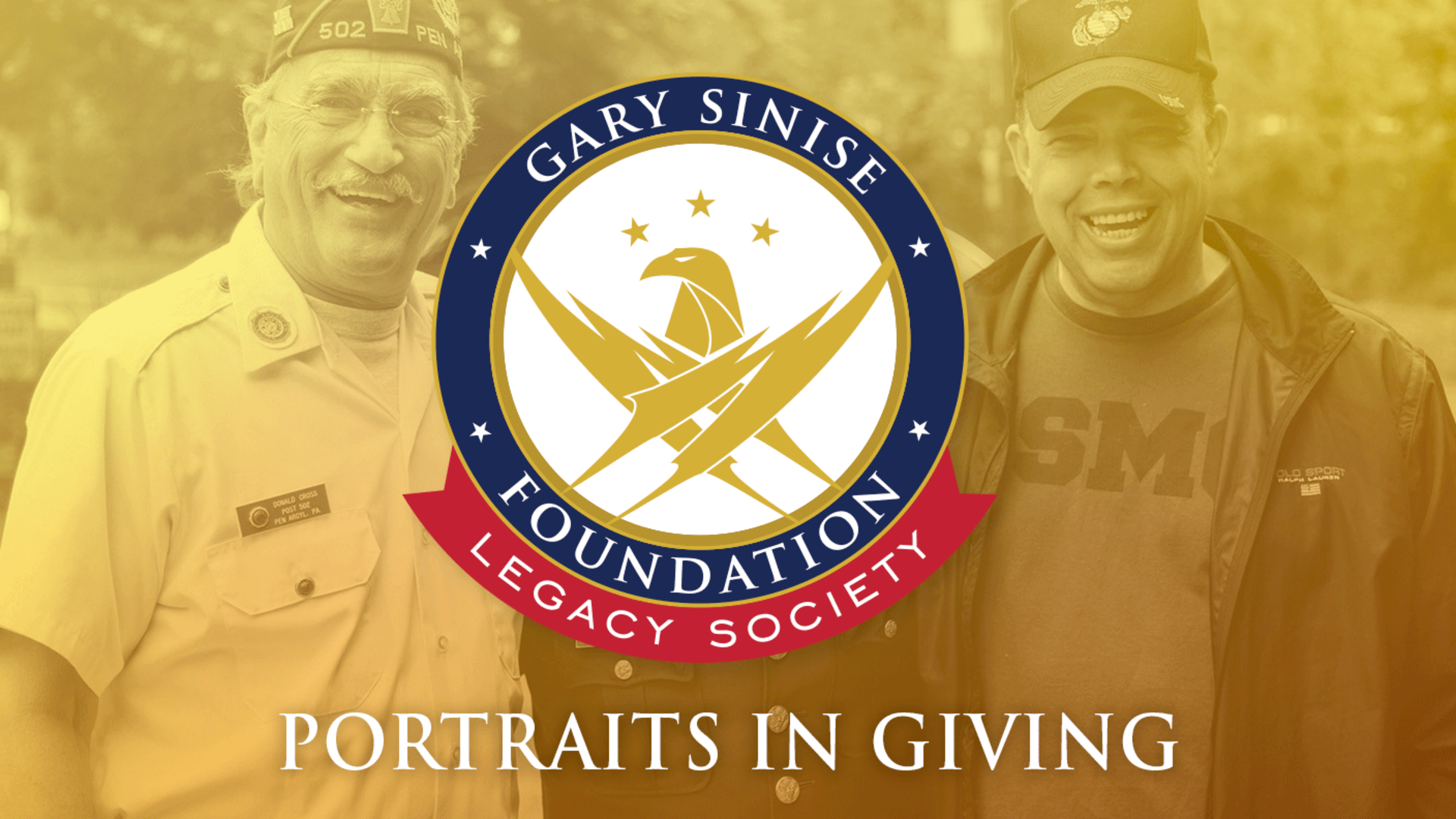 Altruism is the current of service that empowers Gary Sinise Foundation Legacy Society members’ planned giving to the Foundation. In part two in our series called Portraits in Giving, we look at the philanthropic pathways taken by Ashley Goepfert and retired Army Lieutenant Colonel Eric Gerencser whose commitment to service above self exemplifies the underlying quality that defines Legacy Society members.

Military service runs in Ashley Goepfert’s bloodline. Her grandfather served in the navy during World War II. Relatives of hers have served and continue to serve in the National Guard, and her mother grew up as a military brat.

The apple didn’t fall far from the tree when she decided to pursue the Army Reserve Officer Training Corps (ROTC) program while an undergraduate at Grand Canyon University in Phoenix, Arizona.

She joined the cadre as an assistant, where she quickly took to the military lifestyle espoused by both leadership and cadets. 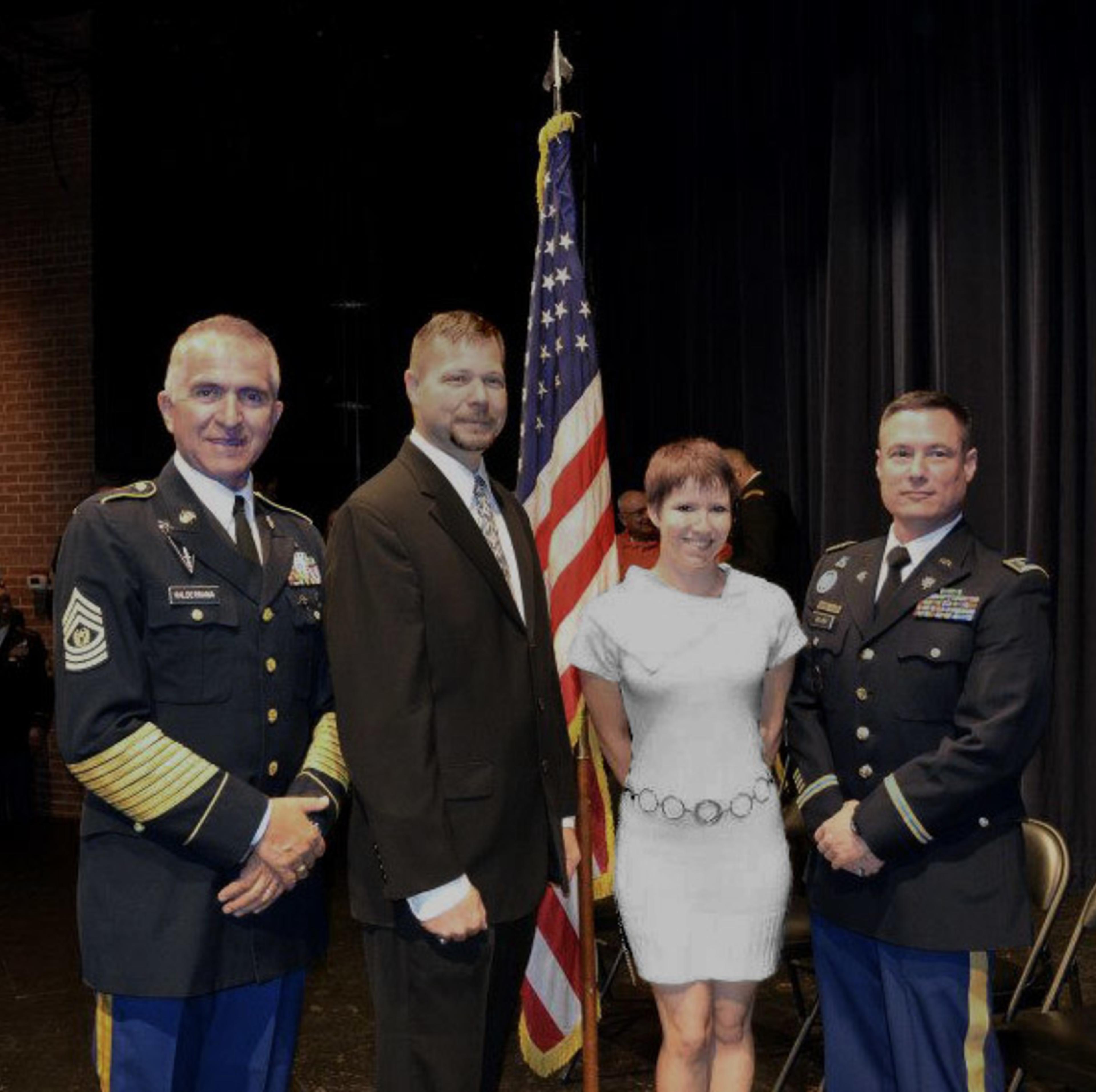 Over the years she developed life-long friendships with many of the budding Second Lieutenants. It was only afterward when she moved on from university that she saw both sides of military life and the effects of being deployed to a combat zone.

“I saw the level of commitment they go through,” she said of ROTC cadets as they progress through the program to commission as officers, “I saw the dedication that they have which was inspiring.”

But nearly five years ago a late-night phone call with a former ROTC cadet, who was on the brink of killing himself, opened her eyes to another side of military service she wasn’t expecting or for that matter, prepared for.

“He wanted to commit suicide and after three hours I talked him down,” she said about her conversation with the young lieutenant who, in 2014, while on his first combat deployment in the Middle East, had his base attacked.

During the chaotic series of events as he defended his position and returned fire, he shot and killed an enemy combatant. It was the first time he took a life.

Goepfert said, “He was very upset over it,” and reflected on whether he did the right thing or not.

The morality of killing someone was unsettling for the young officer.

She later found out that another cadet who she knew had experienced a similar situation while deployed which caused him to contemplate suicide.

Those experiences helped Goepfert realize an important lesson that underlies the reason she pledged a substantial gift to the Gary Sinise Foundation.

Through her research and the helpful advice of her mother, she decided that the Foundation was the obvious choice for where her hard-earned equity would positively impact the lives of those in society she cared about most.

“If there is anything at all that we can do for our military, I wanted to help in any way possible.” 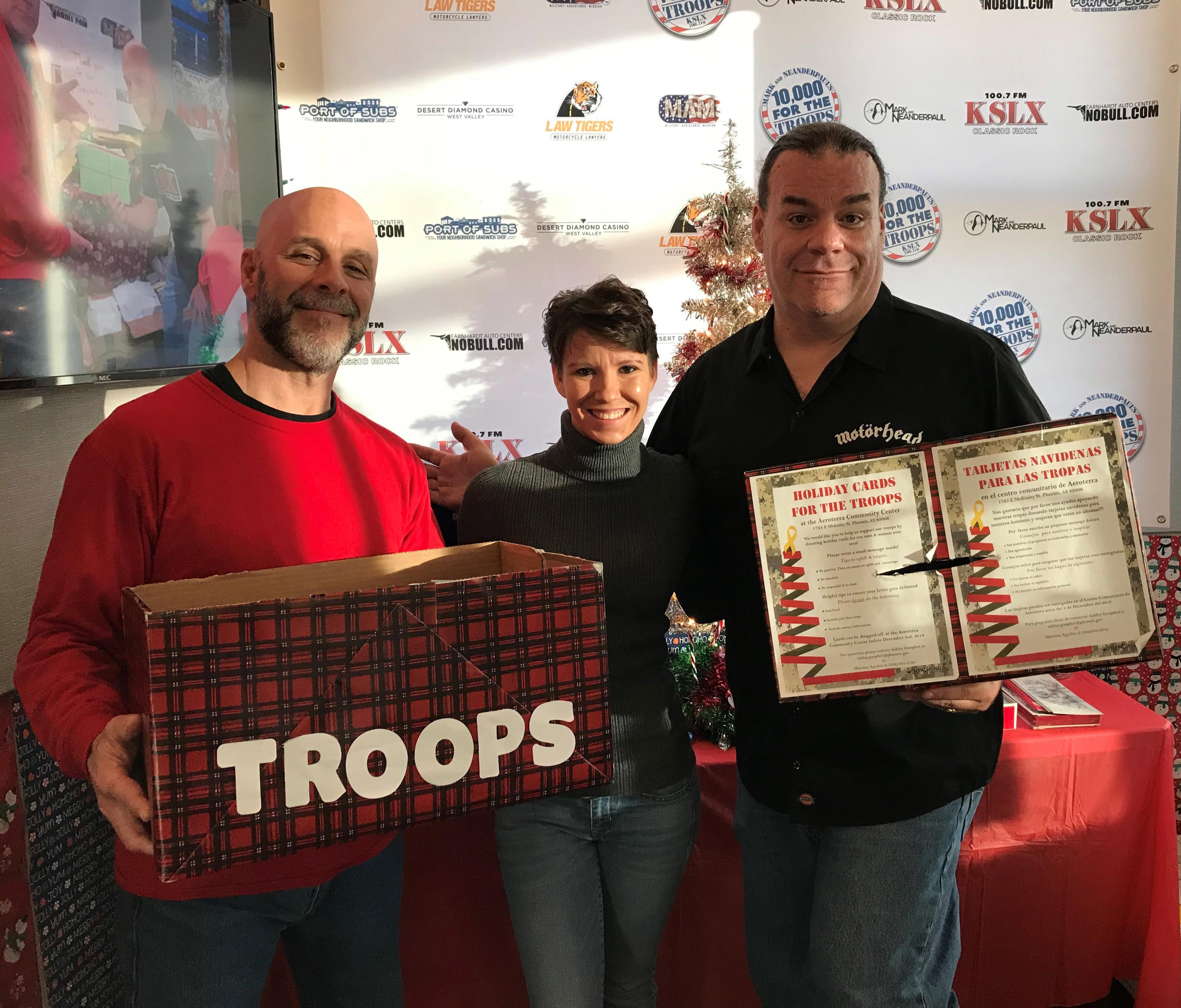 Putting pen to paper to make her gift official was a shock to her employer.

Two years ago when she was hired by the City of Phoenix, Goepfert was asked to name a beneficiary.

The 30-year-old shocked the city’s human resources department and their insurer when she elected to give the entirety of her retirement savings and life insurance to the Gary Sinise Foundation.

“This is a huge commitment. Are you sure you want to do this?” Goepfert’s boss asked, to which she replied without hesitation, “Yes, because they need it more than me.”

“I wanted to do something that I knew was important. I wanted to make sure that whatever money was made that it would go towards something good where people could use it for good.”

She knows how vital the mission of the Foundation is and the lives of service members, veterans, first responders, and their families who are touched year-round and across the country through programming that serves their varying needs.

“I wanted to make sure that the Foundation was still going,” she said about the impact her pledged gift will make in the years ahead.

While Ashley Goepfert still has decades ahead of her to continue working and making a lasting contribution to society, for Eric Gerencser, ​​his lifetime of service began as a cadet on the historic grounds of the United States Military Academy at West Point in 1972.

“Those four years touch all aspects of your life and when you graduate, ultimately you’re the product, not only educationally but with leadership, that you’re going to be able to serve the country and serve other people in a very positive way,” said Gerencser about his experience at West Point. 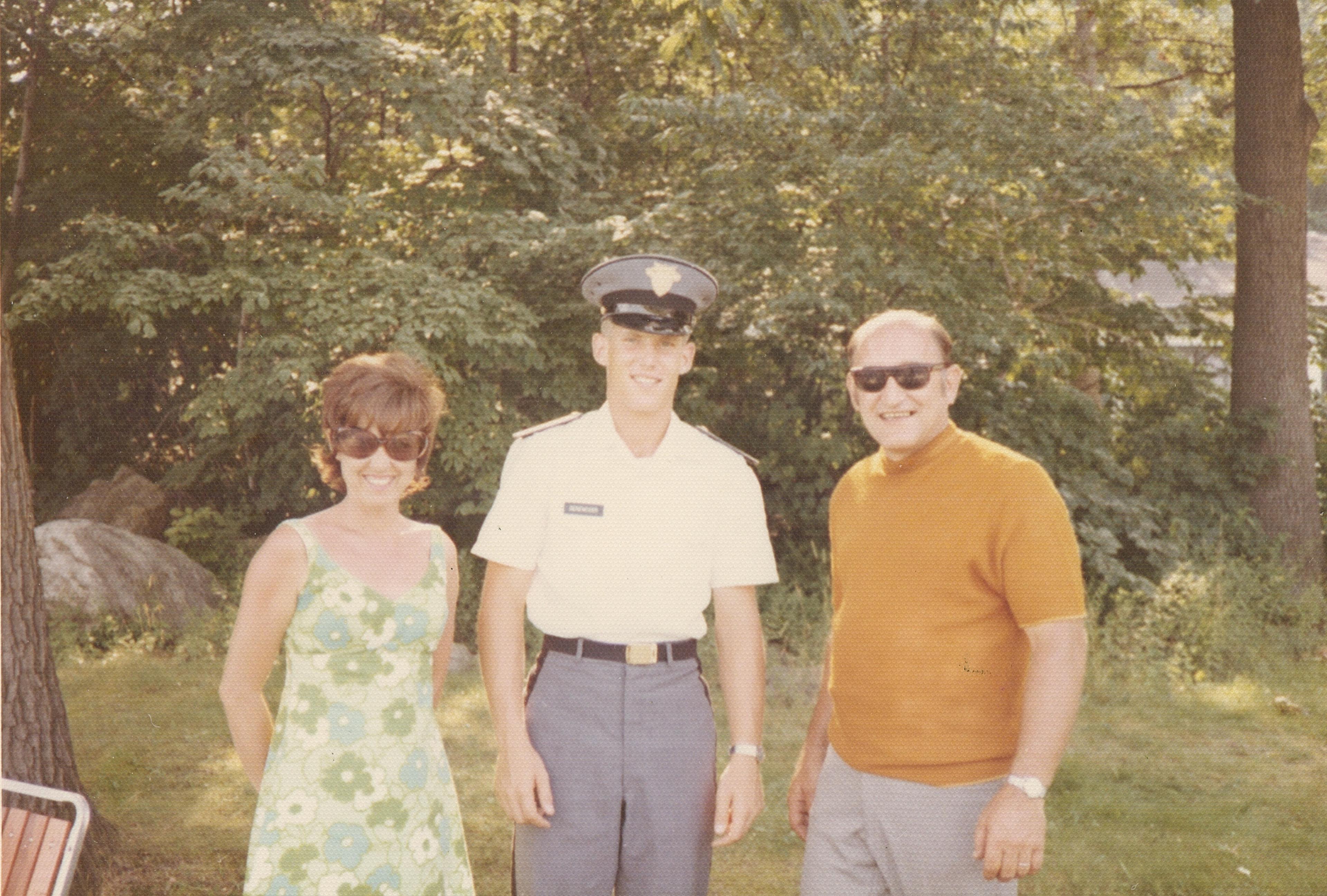 After graduating, he spent nearly the entirety of his military career in Germany, 25 years to be exact.

Gerencser rose through the ranks with command experience at the company and battalion level. He deployed to Bosnia for a year and was detailed to NATO headquarters in Brussels as a staff officer.

When he retired in 2004 as a Lieutenant Colonel, he continued to serve in a similar setting with NATO albeit in a different uniform as a civilian consultant.

While still living in Germany at the time, he came across an article in the Stars and Stripes newspaper about Gary Sinise and the Lt. Dan Band making a stop in Grafenwoehr as part of a country-wide USO military support concert honoring American service members.

Gary and the band were touring the country before reaching their final destinations of Kuwait and Iraq, where concert after concert they brought honor, gratitude, and rock and roll to American troops. 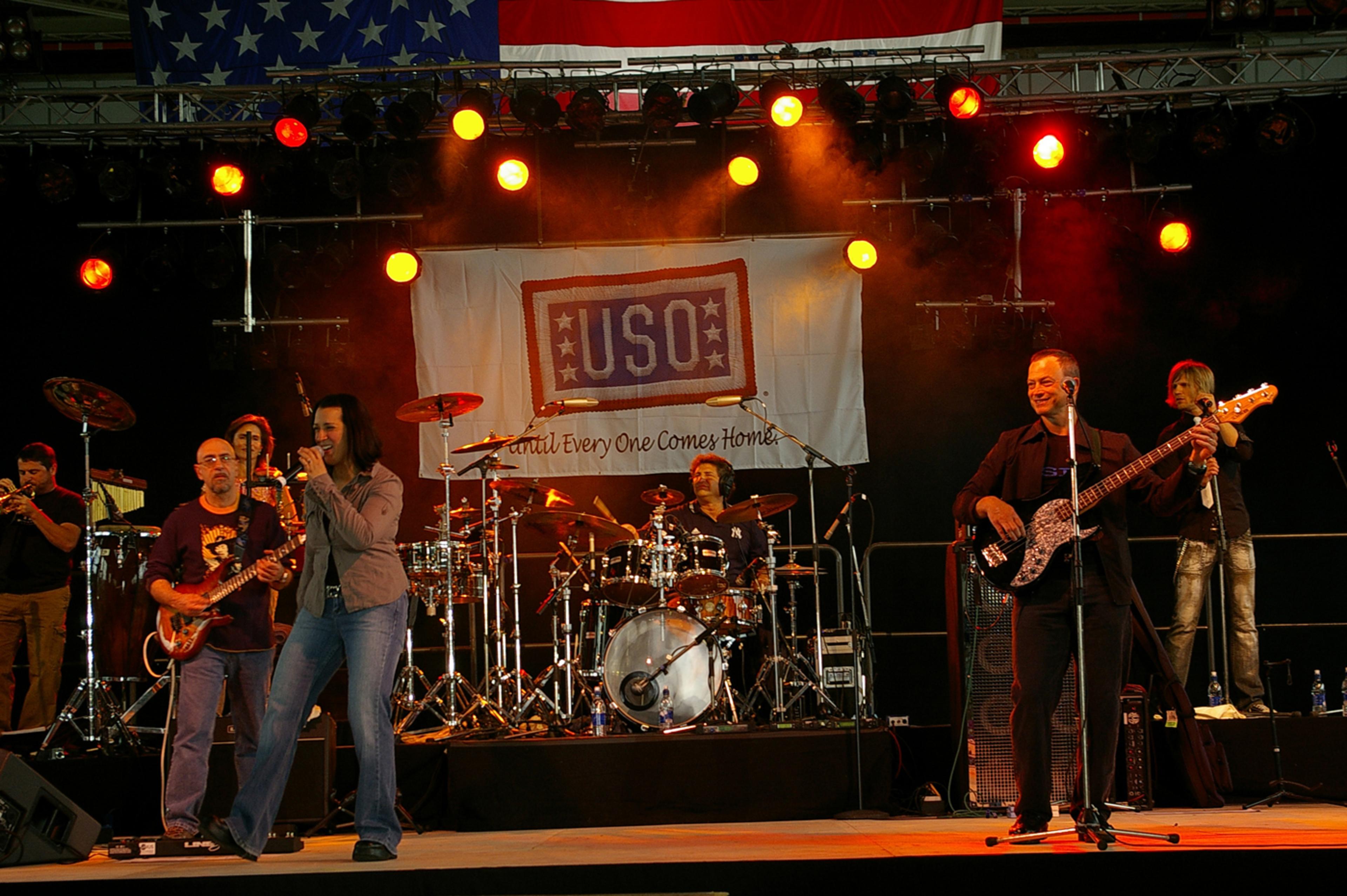 Being amongst the throngs of soldiers and their families at the concert that day on July 6, 2008, left a profound impact on him.

“What impressed me at that point in time was what seemed to be the character and integrity of Gary,” said Gerencser.

“He was not the ‘Hollywood-type’ that I expected and it was clear to me that he was definitely sincere in everything that he was doing and he really cared.”

The impression Gary made on Gerencser took root right then and there. He has since been following the contributions Gary has made to military service members and veterans, and that of the Foundation since its inception in 2011.

“To me, there is no higher form of giving back than what Gary was doing,” he said about Gary and the Lt. Dan Band touring the United States and overseas military installations, and his philanthropic work through the Foundation. 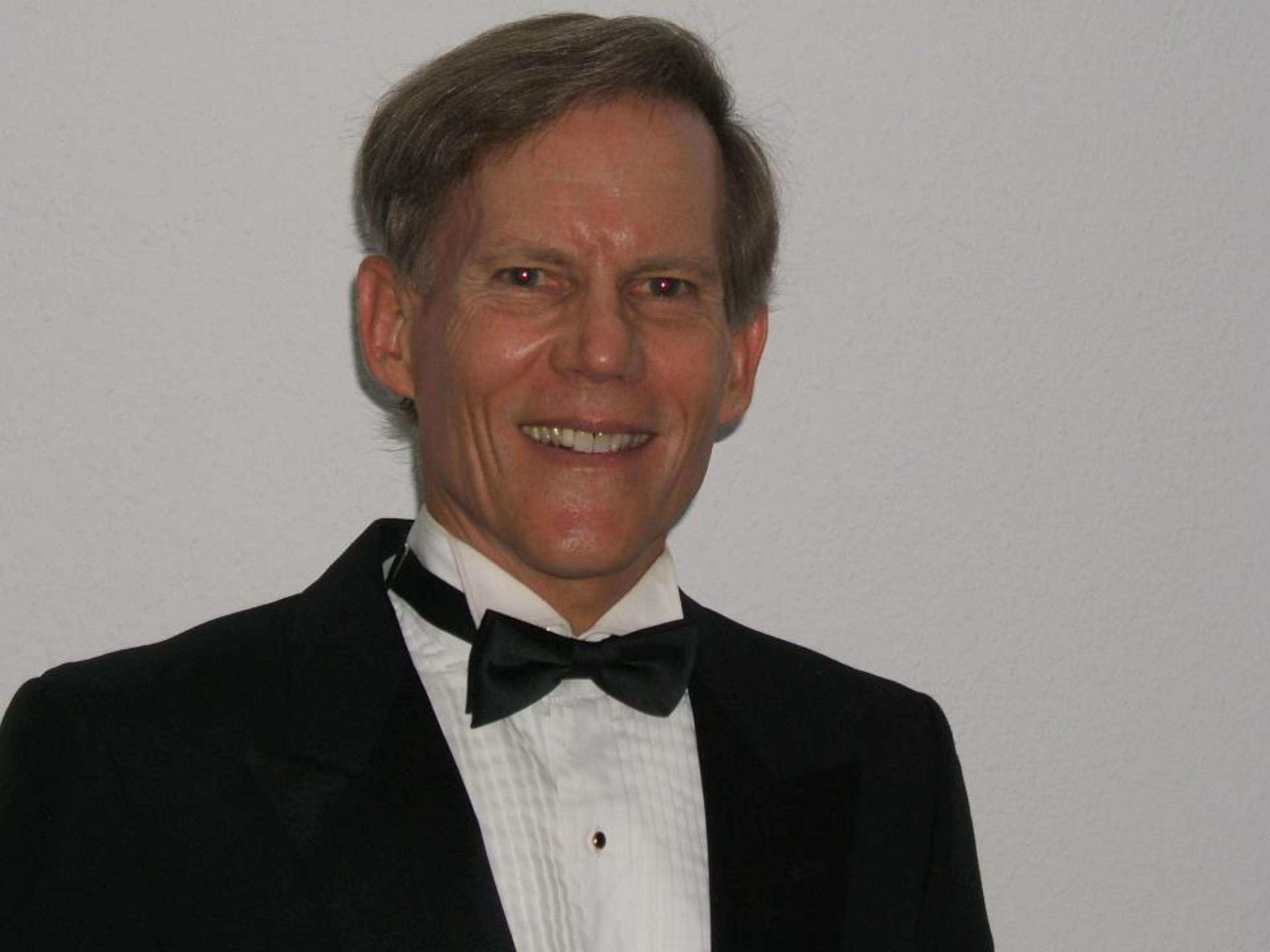 “I’m a combat vet, so I understand and I can relate to the people who are deployed,” he said.

“I was really impressed with the home building aspect because of the disabilities which people acquire in combat and uniqueness of them — that everyone who was getting a custom home to fit their needs, for them and their families.”

It took Gerencser more than a year to prepare his trust with the Foundation and scholarships set aside annually for incoming students to two higher education institutes in Pennsylvania including Thaddeus Stephens College of Technology in Lancaster, and St. Luke’s School of Nursing in Bethlehem, as its beneficiaries.

“It’s important to me that I have a lifetime commitment — not to mean my lifetime but the Foundation’s lifetime — that they can guarantee that they’re going to have a nice chunk of income coming from my trust every year [in perpetuity] to support their goals and not only their current programs but any new programs.”

A lifetime commitment supporting the Gary Sinise Foundation is the connective tissue that bonds Legacy Society members with the mission of the Foundation: serving and honoring those in the armed forces, veterans, first responders, and their families.

It’s the philanthropic pathway Ashley Goepfert and Eric Gerencser have taken in their altruistic lives.