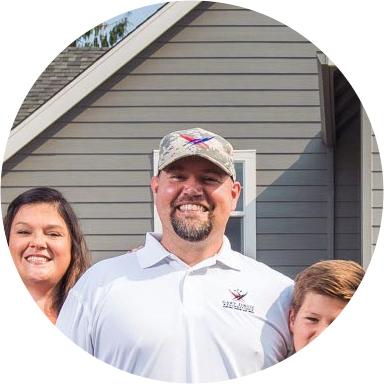 Retired U.S. Army Sergeant First Class Wade Mitcheltree grew up in Pennsylvania. He enlisted in the Army during high school and left for basic training two weeks after graduating. Wade spent several years at Ft. Bragg and Ft. Richardson before deploying overseas. He served three tours, one in Iraq and two in Afghanistan. His platoon worked with local police to ensure the security of their surrounding areas. On August 31, 2012 near Kandahar, Afghanistan, Wade was severely injured by an improvised explosive device (IED). He lost his right leg above the knee and his right arm below the elbow. He also suffered muscle and nerve damage in his lower left leg, a snapped pelvis, and ruptures to both ear drums.

A month later, Wade was flown to Brooke Army Medical Center. In January 2013, Wade was discharged and began rehabilitation at the Center for the Intrepid. His progress in rehabilitation has continued to improve and his outlook on life has been positive. In 2016, due to the severity of Wade's injuries, his left leg was amputated below the knee. The Gary Sinise Foundation was proud to welcome the Mitcheltrees into their specially adapted smart home on August 11, 2017.