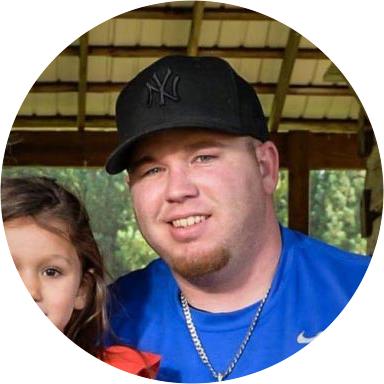 Retired U.S. Army Specialist Tyler Jeffries grew up in Zephyrhills, Florida. He joined the military because he felt he was born to make a difference. Tyler's father was in the Navy, so he knew that joining the military would make his family proud.

Tyler enlisted in the United States Army. He loved the camaraderie, brotherhood, and sense of purpose that he felt each day. On October 6, 2012, Tyler and his platoon were sent on a mission in southern Afghanistan. As Tyler was walking, an improvised explosive device (IED) was detonated by the enemy hiding in the bushes. The blast knocked him unconscious.

Tyler remembers waking up to his platoon leader telling him to stay calm. He was rushed to a helicopter and taken to Walter Reed National Military Medical Center. It wasn’t until Tyler awoke from his first surgery that he realized both of his legs were gone.

His family has remained by his side. He pushed himself every day for them. Determined to recover quickly, Tyler took his first steps on his prosthetic legs just 44 days after his injury.

Tyler’s previous home was not wheelchair accessible and prevented him from doing daily activities on his own. In gratitude for his incredible sacrifice, the Gary Sinise Foundation was honored to provide a new specially adapted smart home for Tyler. Tyler and his wife continue to pay it forward to other veterans in multiple ways.