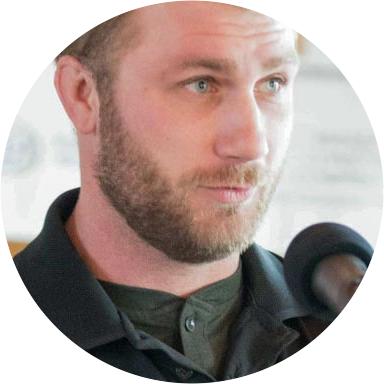 Retired U.S. Navy EOD2 Tech Taylor Morris was leading a team in Afghanistan when an improvised explosive device (IED) detonated beneath him. He lost all four limbs. Taylor recalled the moment, “As soon as I stepped on it, I knew...Then I heard the blast. I felt the heat. I knew I had lost my legs. As I somersaulted through the air, I watched my legs fly off.”

Even though Taylor was bleeding to death, he told oncoming medics not to approach. Putting their safety ahead of his own, he worried there were other mines the medics wouldn’t see. He did not want anyone else to get hurt.

The Gary Sinise Foundation was honored to provide a specially adapted smart home for Taylor, which has relieved many stresses and daily struggles.