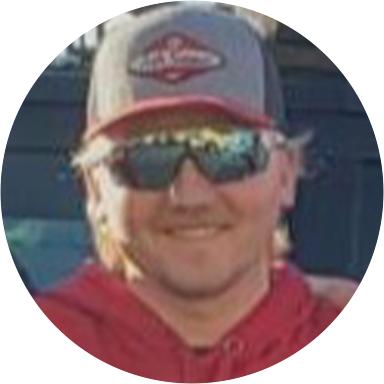 On December 10, 2016, while responding to a report of a possible drunk driver, Orange Police Department Police Officer Sharif Muzayen was struck by another oncoming drunk driver while pulling forms from his vehicle. The collision left him with a broken tibia, fibula, a severed femoral artery, and a brain hemorrhage.

After many weeks in recovery and the support of his family, Sharif was released to go home, where he would begin a two-year journey of rehabilitation with physical therapy and multiple surgeries. However, in December of 2019, Sharif underwent surgery to have his left leg amputated above the knee. Since then, he has adapted to his new lifestyle but continually feels the limitations of his current home, unable to use his wheelchair to move around.

Though Sharif was born in Denver, Colorado, his upbringing ranged from living in Beirut, Lebanon, and Berlin, Germany, before ultimately moving back to the U.S. As a young boy, he had a passion for the sciences and was also very active in sports. Like many, Sharif gravitated to playing soccer, basketball, and ice hockey.

After moving back and forth from the U.S. to Berlin, Sharif settled down in Georgia in 2008 and later enlisted in the Marine Corps. He served for five years and deployed to Afghanistan, where he held multiple positions, including becoming a Non-Commission Officer in Charge in the Cross Unit Combat Operations Center as the liaison between American Armed Forces and the Afghan Units. In 2013, Sharif was honorably discharged as a corporal.

After leaving the Marine Corps, Sharif immediately began pre-academy training at the Orange Police Department. After finishing field training, he requested to specialize in identifying and arresting suspected DUI drivers. Before his injuries, Sharif was successful in arresting 75 individuals for driving under the influence.

Today, Sharif and his family reside in St. Mary’s, Georgia. Sharif hopes to complete his degree in biology and ultimately get a doctorate in herpetology, the study of reptiles and amphibians. In his downtime, Sharif enjoys playing board games, watching movies, and playing video games with his family.

As Sharif continues to pursue his dreams, the Gary Sinise Foundation looks forward to building him a specially adapted smart home to ease his daily struggles and mobility needs around the house.