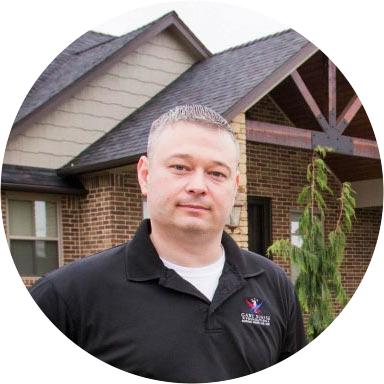 Retired U.S. Army Sergeant Rusty Dunagan always knew he would join the military. After the 9/11 attacks, his conviction only grew stronger. He joined the Army in 2006.

On September 22, 2010, during his second overseas tour, Rusty was on a patrol in Afghanistan when he encountered an improvised explosive device (IED). The blast threw him 20 meters into a creek, amputating both of his legs above the knee and his left arm at the elbow. After awaking from a coma, Rusty was taken to Walter Reed National Medical Center and later to Brooke Army Medical Center to complete his therapy. Rusty has overcome serious infections and endured over thirty surgeries.

The Gary Sinise Foundation is honored to have built Rusty a custom specially adapted smart home in Edmond, Oklahoma.