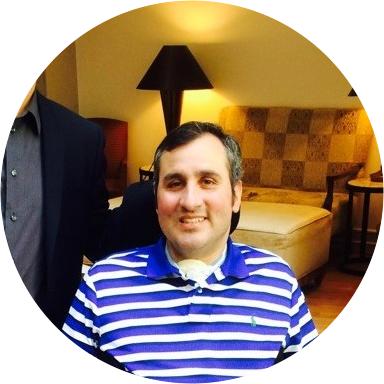 Romulo "Romy" Camargo grew up in Crystal River, Florida and who spent his summers visiting distant relatives in Venezuela where his mother had been raised. His father, Dr. Romulo Camargo, was the local pediatrician in town and who, like his wife, was raised outside the United States, in Columbia. The tight-knit family was fond of traveling and encouraged their son to partake in sports and take advantage of the outdoors. Romy was an avid athlete who during high school participated in the wrestling, swimming, track and field, and weight lifting teams. When it came to figuring out what the next chapter in his life would be after high school, Romy knew exactly what he wanted to be upon seeing his older brother, Jorge, graduate from Airborne School at Fort Benning in Georgia.

At 19 years old Romy entered the U.S. Army on April 6, 1995, who after basic training was stationed at Hunter Army Airfield and assigned to Headquarters Company 1st Battalion, 75th Ranger Regiment. In 1999 he attended the Special Forces Assessment and Selection Course where he was selected to become a Special Forces Communications NCO. He eventually graduated from the mentally and physically rigorous Special Forces Qualification Course in March 2001, which opened the doors to overseas deployments to Central and South America as well as Africa. From November 2004 to July 2005 Romy, then an NCO, deployed to Afghanistan as part of Operation Enduring Freedom. He would eventually see several more deployments to Afghanistan in the coming years. His continued distinguished service and leadership enabled him to rise up the ranks. He was selected to attend the Warrant Officer Candidate Course at Fort Rucker, Alabama which he graduated in February 2006, becoming a Warrant Officer One.

During his follow on deployments as a Warrant Officer, he was second in command of his ODA(Operational Detachment Alpha) and conducted combat operations in Western and Eastern Afghanistan. In September 2008 as part of a humanitarian mission in Meydan Kalay north of Chalakor Valley, while conducting a combat operation, his detachment was viciously ambushed. Romy was severely wounded after sustaining a gunshot wound to the back of the neck which paralyzed him from the neck down. He was medically airlifted to Bagram airfield and once stabilized, moved to Landstuhl, Germany before coming back home and placed at Walter Ree​d National Military Medical Center in September 2008. While at Walter Reed, doctors ​determined that his C3 vertebra​e ​had been shattered and​ had to be extracted. ​His​ breathing was tied to​ a respirator, and ​he was​​ paralyzed ​from the shoulders down.​ ​

In June 2015, Romy and his wife, Gaby, founded Stay in Step Spinal Cord Injury Recovery Center based in Tampa, Florida to serve returning service members and veterans with not just spinal cord injuries but also any neurological disorder that causes paralysis. Their aspirations are to build a new pilot center complete with an underwater treadmill, basketball court, cafeteria, kids room, and family room. The center will also address healing the mind and soul.

Romy and his family's current living situation is not conducive to his mobility and accessibility needs. Through the generosity of the American people and in conjunction with our trusted partners, we're honored to be building a specially adapted smart home for retired U.S. Army Chief Warrant Officer 3 Romulo Camargo and his family.