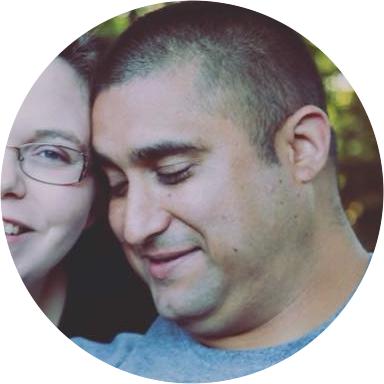 When Shane Parsons saw the attacks of September 11, 2001, he knew right then that he wanted to join the military and defend his country. He had just turned 16, but his extraordinary sense of honor and determination had been instilled in him from birth. “My father was diagnosed with brain cancer right as my mom found out she was pregnant with me. He fought hard to be there for my birth and was so proud to have a son.”

Sadly, his father died when Shane was just 6 months old, and he was raised by his mother along with family and close friends. “My great grandmother always said, ‘Work hard, no complaining, listen and do it right.’ That’s where I got my work ethic.” True to his word, Shane enlisted in the army after graduating high school, and was deployed to Iraq as part of the Bravo 3rd Company 67th Regiment. Being an only child, Shane felt an instant connection with the brotherhood of military life and would often volunteer to go out on a mission and be the one up front in case there was an attack.

On September 30, 2006, Shane was off duty but volunteered to go out in place of one of his friends. As the lead driver, he drove over an improvised explosive device, or IED, that was designed to cut through metal and protective gear. The explosion caused him to lose both legs above the knee. As he was air lifted out, he went into cardiac arrest three separate times - the longest being 45 minutes -  resulting in a traumatic brain injury that left him unable to read, write or manage basic daily living skills such as bathing, eating and dressing.

Through countless surgeries and hours of therapies, Shane began to regain some of his ability to move, read, speak and care for himself. Still, his brain injury has permanent longer-term impact, including memory loss and moments of severe depression and post-traumatic stress. “When I hear I’ll never walk again or someone says I’m incompetent, it rocks me to my core.”

By coming together with fellow wounded veterans, Shane has developed new interests, like playing basketball and joining a veteran sled hockey team. He even met his wife, Jen, and they married in 2016 and soon welcomed a son.

Shane looks forward to the accessibility a Gary Sinise Foundation specially adapted, smart-technology home will bring him, so he can participate more fully in family life. “Right now I can’t get to the laundry room at all, and several other doorways in my house aren’t wide enough for my wheel chair. I’m getting older and rolling up a wheelchair ramp is getting harder. I just want to contribute more to our daily life, like being able to safely bathe my son and be a more involved father.” He also hopes to find a part-time job that will occupy some of his time, and help coach high school football.

The Gary Sinise Foundation looks forward to building Shane a home to ease his daily struggles and provide greater mobility around the home.