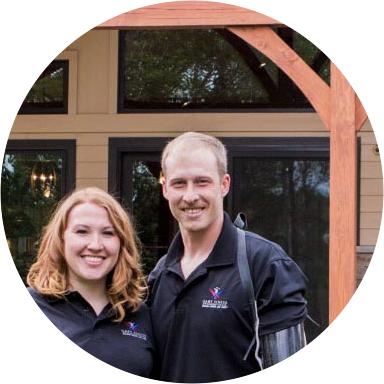 Retired U.S. Marine Corps Corporal Mark Litynski grew up in a suburb of Minneapolis. He always wanted to be in the Marines and enlisted during his second year of college, serving two deployments in Afghanistan. On November 19, 2010, he volunteered as point man on a foot patrol. As he marked the path for his fellow Marines, Mark triggered an improvised explosive device (IED). He instantly lost both of his legs and later his left arm.

Mark’s thoughts went immediately his family. He knew he would need to stay positive and determined for them. Just two months after his injury, Mark was walking on his first set of prosthetics.