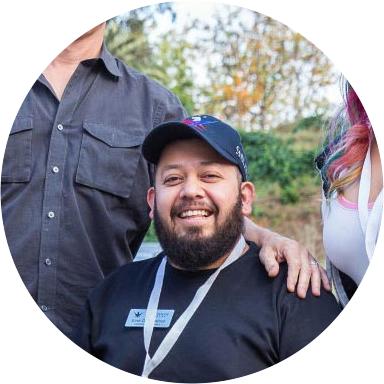 Retired U.S. Marine Corps Corporal Juan Dominguez joined the Marine Corps as part of his family’s military tradition carried on by his father, uncles and grandfather. He began boot camp in September 2007 in San Diego. Upon completion of his military occupational specialty, Juan was soon headed to Afghanistan.

On the morning of October 23, 2010 in Helmand Province, Afghanistan, Juan was the point man for a team of twenty-five. He slipped down a small embankment and landed on a pressure-plated improvised explosive device (IED). The blast sent him fifteen feet in the air. He lost both legs above the knee and later his right arm above the elbow. He has since been diagnosed with a traumatic brain injury and post traumatic stress. Since that day, he has endured more than twenty-five surgeries.