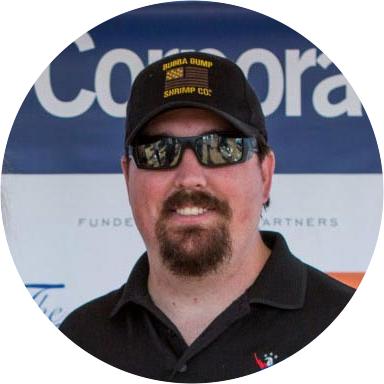 Retired U.S. Marine Corps Corporal Joshua Brubaker grew up in Bakersfield, California in a family of six. Joshua always wanted to join the military. He made a deal with his mother that he would finish college first, and then join the United States Marine Corps. Joshua achieved an A.S. degree in Criminal Justice and enlisted shortly thereafter.

He was deployed to Afghanistan in the Musa Qala district, South Helmand Province. His team was sent on a mission where Joshua stepped on an improvised explosive device (IED) which knocked him unconscious. He lost his left foot in the blast and his right foot was severely injured. Joshua was flown to Walter Reed National Military Medical Center and underwent daily surgeries, where he continued to fight for his life. Due to infections, both of his legs were eventually amputated.

Optimistic, Joshua stated he was, “saved by the grace of God” and was able to make a full recovery. He attended physical therapy sessions and surgeries in order to adapt to his new prosthetic legs. Joshua officially retired as a Corporal of Marines in August, 2015.

He now hopes to become a gunsmith in his hometown. The Gary Sinise Foundation was honored to provide a specially adapted smart home for Joshua and his family.