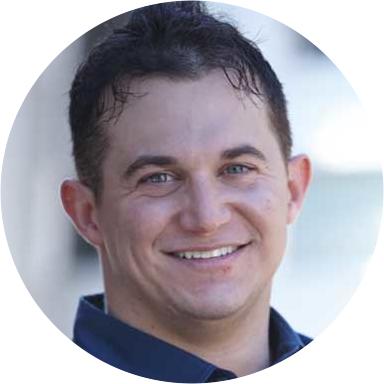 Retired U.S. Marine Corps Staff Sergeant Jonathon Blank grew up in a small farming community in Kansas. He enjoyed a very active childhood with his twin brother Linden, as well as with his younger brother and sister. As a teenager, he joined the local fire department and demonstrated an instinct to protect others and serve his community.

Both Jonathon and Linden joined the United States Marine Corps in 2006. In January of 2008, Jonathon was deployed to Kuwait in support of Operation Iraqi Freedom. In May of 2010, he decided to extend his enlistment. Jonathon did not feel that he could let his peers go into combat without him.

On October 26, 2010, Jonathon was severely injured by an improvised explosive device (I.E.D.) while conducting a long-range reconnaissance mission in Afghanistan. He sustained shrapnel wounds to his left arm and head. The blast also severed his legs. Jonathon remained calm, realizing that panicking would only make his situation worse as his fellow Marines tried to get him to safety. He was taken to several military hospitals before returning to the United States. Jonathon’s rehabilitation at Brooke Army Medical Center lasted from December 2010 to March 2014. His time there was full of both progress and setbacks. Despite the difficult situation, Jonathon was unwilling to let his injury stand in his way. Jonathon remains active outdoors and even goes skiing.

In addition to mobility issues, Jonathon suffers from insomnia, migraines, and chronic pain. His previous three-story home only made his situation more complicated. The Gary Sinise Foundation was honored to provide a specially adapted smart home for Jonathon in the Wasatch Mountains region in Utah, which has been specifically tailored to his needs.