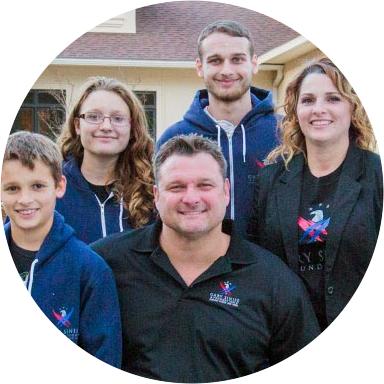 Retired U.S. Army Master Sergeant John Masson enlisted in 1989 and deployed as an airborne infantry for Operation Desert Storm. Upon his return home, he decided to leave the military and focus on his family. Years later, he felt a calling from God to enlist but this time with a different focus. John received his Ranger tab then moved on to graduate the Special Forces Unit as a medic. He was deployed to Iraq in 2007 and to Afghanistan in 2010. On October 16th of that year, while conducting a village stability operation, John stepped on an improvised explosive device (IED). He lost both of his legs and his dominant left arm. The immediate medical treatment he received saved his life.

In January 2011, John was flown to Walter Reed National Medical Center where he underwent additional surgeries.

John serves as a Gary Sinise Foundation Ambassador. He and his family currently live in their custom specially adapted smart home in Southern Pines, NC.