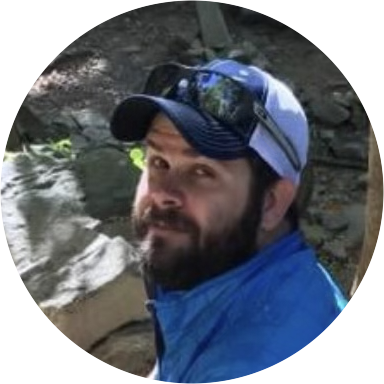 In 2003, at the age of 20, John joined the U.S. Navy. “I grew up in Oak Harbor, WA, in a military family. My father was in the Navy and my mother later joined the U.S. Navy Reserves. So, joining the Navy seemed like the natural thing to do. I was always an active kid and played sports year-round from an early age including football, baseball, basketball, and wrestling. We were a close family that loved the outdoors and spent time hiking and camping in the Pacific Northwest.”

After completing bootcamp, John was selected to compete on the Navy wrestling team. “I wrestled for the Navy in 2004. During this time, my wife and I were also married. We had a pretty crazy marriage in the beginning as she was finishing her RN degree and I was working to complete my goal of EOD (Explosive Ordinance Disposal) school.”

After graduating EOD school, John and his wife were stationed back where John grew up in Oak Harbor. “I made two deployments to Iraq on Detachment 17. During my deployments with MU11 I received 2 Bronze Stars, a Combat Action Ribbon, and an Army Commendation Medal. While working for MU11, I rendered safe and disposed of approximately 400 IEDs and explosive hazards.”

After another deployment to Iraq, he was asked to return to combat once more.

“This was an especially difficult deployment as my wife was pregnant with our first child who was born on September 5, 2010. On September 17, I was injured just outside the city of Emam Saheb, Kunduz, Afghanistan, while clearing the hilltop for landmines. My metal detector failed to alert us. My left foot was completely amputated by the blast and my right leg was severely injured. I returned to the United States and my family met me at the National Naval Medical Center in Bethesda, MD.”

John met his newborn daughter for the first time in his hospital room.

“I had several surgeries in Bethesda and chose to have my right leg amputated as well after speaking with my wife and trauma surgeon.“ After John was stabilized, he and his family were moved to San Diego where he could complete his recovery and physical therapy. “The main thing that helped me keep going was my daughter. She was my driving force to get better, and to race to see who could walk first. I’m glad to say I won that race!”

Today, the Kremer’s have two children and live in Franklin, OH, where they have family close by to help. “Right now, we are living in a one-story ranch style house with a bonus room upstairs. Some of the hardships are having to crawl up the stairs if I do not have my legs on. The driveway is a little steep and it limits my ability to help with simple things like taking the trash out. Also, my mobility in the house in a wheelchair is difficult since it isn’t open and wheelchair accessible. If I need something, most of the time I have to ask my wife to get it for me. Being able to do things on my own will allow me to be a greater help to my wife and children.”

The Gary Sinise Foundation looks forward to building John and his family a home where he can more fully and independently participate in the activities and routines of family life. We want to ensure that John, his wife, and children have the loving space they need to enjoy all the possibilities life has to offer.