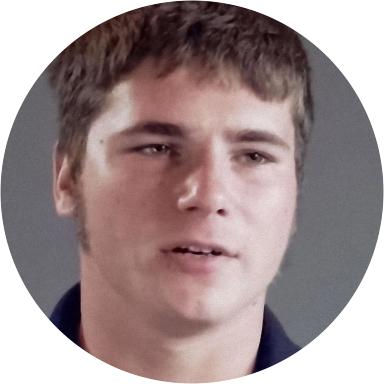 Retired U.S. Marine Corps Corporal J.B. Kerns was deployed for three tours in Afghanistan. On April 7, 2011, while on a mine sweep, JB struck an improvised explosive device (IED). The blast took both legs, his right arm and he sustained other serious injuries from shrapnel. Once JB was stable, he returned to the United States where he underwent numerous surgeries along with daily physical and occupational therapy.

In September 2014, JB received the iPad and keys to his custom specially adapted smart home in Ararat, VA. Kerns’ unwavering perseverance is an inspiration not only to his fellow veterans, but all Americans. “Your life’s not over,” he said. “We keep going. We have a long life ahead of us. And all it is—it’s just a little stumble, a fall. You can get back up and keep going. There’s no reason to stay down.”