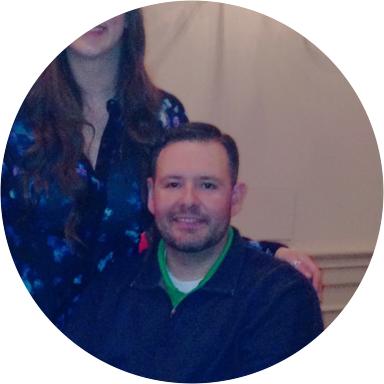 ​On September 19, 2015, following a routine demonstration of a new Chinook helicopter in London, England, retired U.S. Army Staff Sergeant Jason Tabansky was climbing down from the aircraft when he slipped and fell, injuring his right shoulder. After multiple visits to the St. Thomas Hospital Emergency Room, Jason was sent away with medication to dull the pain. Days later, he awoke in the middle of the night because his body was slowly going numb. Within hours, he was paralyzed from the chest down, including both his hands.

While recovering at Walter Reed Hospital in Bethesda, Maryland, Jason had seen soldiers with unimaginable injuries taking on the world, exhibiting positive attitudes without letting their current conditions hinder them. With that outlook, he was ready to take on a second chance at life and teach those around him to be the best advocate for themselves.

Born in the border town of Brownsville, Texas, Jason grew up in both Texas and Mexico. His time between school in Texas and afternoons at his grandparent’s house in Mexico initiated the importance of family and faith for Jason. On weekends, he played multiple instruments at his grandparent’s church, igniting his passion for music. Sports followed his love for music as he played football and golf and later took on saltwater fishing. But it was during this time where he found his true calling after watching soldiers partake in the Gulf War, and after reading “Chicken Hawks” about helicopter crews during Vietnam, that inspired Jason to enlist in the U.S. Army in December 2000 as a 67U, CH-47 Chinook helicopter repairer.

Weeks after entering Basic Training, the nation was attacked on September 11, 2001. Jason vowed that he would see his friends from Basic in Kandahar, and in just one year, he volunteered to deploy in support of Operation Enduring Freedom from 2002-2003. He deployed a second time to Taji, Iraq for a 12 month stay in support of Operation Iraqi Freedom, where he ensured that the quality and timely maintenance was executed on 12 CH-47D helicopters.

Since his injury in 2015, Jason has become an avid hunter, fisherman, competitive archer, and bass player for his church. Through physical therapy, he has regained control of his hands and is currently a paraplegic with zero control of his trunk. Jason has remained positive throughout this process and hopes to attend the Tokyo 2020 Paralympic Games. Now, Jason spends time coaching and working with children in hopes of getting a degree in education.

Since moving into his specially adapted smart home, Jason immediately saw an ease on his daily struggles as well as more mobility around the home. Jason has been able to focus on his continued rehabilitation and aspires to start a family with his wife, Courtney.