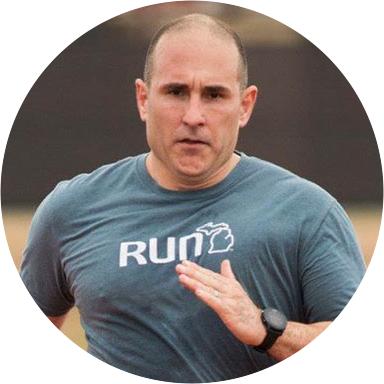 Retired U.S. Army First Sergeant Jarrid Collins grew up in a close-knit farming town in rural Northeastern, Montana. An avid athlete, he ran track and played high school football and basketball while also finding time for the speech team, drama club, and restaurant work in his off time. After graduating, he attended college on an athletic scholarship for a few years before enlisting in the U.S. Army on January 3, 1996, as an Intelligence Analyst.

While initially intending to serve for just four years, Jay found the challenging environment rewarding and felt a sense of pride in being able to serve his country. During this period of his service, Jay was fortunate to meet his future wife, Layla. Before long, his desire to continue his physical and mental growth pushed him to seek new opportunities—which led to his selection as a Special Forces Medic in November 2002. In this role, he deployed to Colombia twice and Afghanistan once.

He was wounded twice in Afghanistan and received two Purple Hearts, the Bronze Star, and The Combat Infantryman's Badge. He was first injured in April 2007, when he was shot in his left arm during a firefight. Despite being wounded, Jay continued to engage the enemy, before eventually performing surgery on himself.

In 2009, a full two years after being wounded, Jay underwent emergency back surgery at Walter Reed. The goal of the operation was to address the back pain and restore functionality to his leg. After the surgery, Jay returned to the field.

In 2014 Jay, along with his team of doctors, moved forward with a decision to amputate his left leg. After rehabilitation, in the summer of 2014, Jay returned to active duty with the Office of Special Warfare.

Jay and his wife Layla have two sons—Gabe and Colt. Jay hopes his new specially adapted smart home will allow him to move freely throughout his entire house while improving the quality of life for his family. And true to form, Jay intends to continue serving—this time focusing his service on those in need.