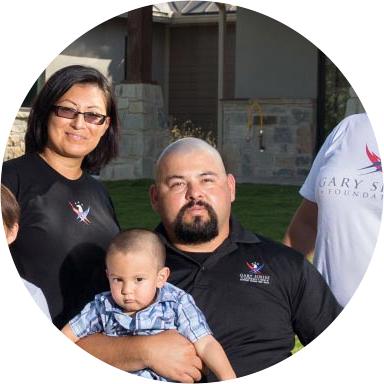 Retired U.S. Marine Corps Gunnery Sergeant Guillermo Tejada is originally from El Salvador. His parents brought his family to the United States with hopes of a better future. He joined the Marines in 1999 and was deployed to Afghanistan in support of Operation Enduring Freedom in September 2010. Later that year on November 11th, while returning back to base from a recon patrol, Guillermo was severely injured by an improvised explosive device (IED). In addition to losing both legs, he suffered a concussion, ruptured eardrum, trauma below the waist and injuries to his left arm and hand. While his fellow Marines immediately began to prepare evacuation, the patrol fell under heavy enemy fire preventing an air extract. It took over an hour for Guillermo to be evacuated.

Four days later he was transferred to Walter Reed National Medical Center where he underwent multiple surgeries. Guillermo was then taken to Naval Medical Center San Diego for additional treatment. He continued care and recovery at Brook Army Medical Center. The Tejada’s moved into their specially adapted smart home on September 15, 2016.