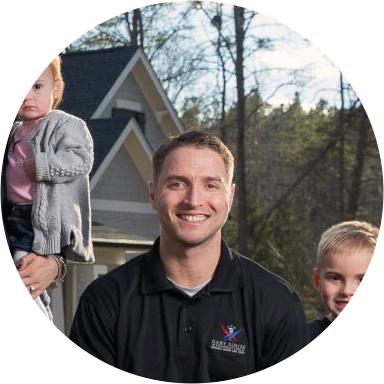 Retired U.S. Marine Corps Corporal Garrett Jones was born and raised in Newberg, Oregon. Inspired by the events of 9/11, he enlisted in the Marine Corps in 2005. Once he completed his boot camp and training, he was deployed to Iraq. On July 23, 2007, two weeks before Garrett was scheduled to return home, he stepped on an improvised explosive device (IED). His left leg was completely mangled and eventually amputated. He lost both eardrums, suffered a grade 3 concussion, and was left with severe shrapnel wounds throughout his body.

Over the next 30 days, Garrett endured 20 surgeries. After recovering at Walter Reed National Military Medical Center and Naval Medical Center San Diego, he was determined to deploy with his battalion once again to Afghanistan. He received approval from his commanders and doctors and left with his fellow Marines in April 2008. While serving as an intelligence analyst and hospital liaison, he considered officially re-enlisting, but the pain of his injuries and the loss of his friends ultimately lead Garrett to retire.

The Gary Sinise Foundation is proud to have built Garrett a new specially adapted smart home.