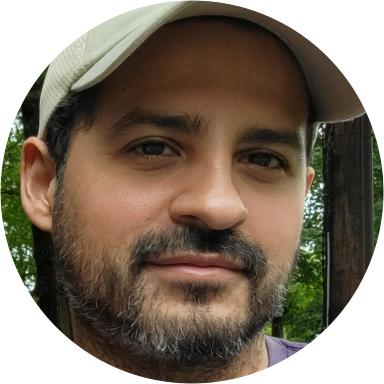 Dennet was just 19 years old when the attacks of 9/11 shocked our country. The very next day, on September 12, 2001 – Dennet joined the U.S. Army. “When I saw what happened, I knew right away I wanted to serve. I grew up in the west suburbs of Chicago and was raised in a strict Roman Catholic home. I was always an active kid and played sports year-round from a young age, including karate, football, baseball, basketball, and wrestling. Growing up with the constant discipline of sports and church made going into the military a natural next step for me.”

After completing bootcamp, Dennet joined the Army Infantry. “I was an automatic weapon gunner initially but shortly after I became the platoon radiotelephone operator, or RTO, and managed the line of communications with headquarters and our patrol units. Six months later, I was selected to try out for the battalion Scout platoon, where I remained for two years.”

Dennet and his unit were deployed to Afghanistan as part of Operation Enduring Freedom. “It was March 29, 2005, and we were returning to our firebase after a five-day mission that was going to be the last of the deployment. All of a sudden, we were struck by an improvised explosive device, or IED. I was the gunner in the lead of the convoy.”

The explosion tore into Dennet’s body, leaving him with broken bones, a damaged spine, head lacerations, extensive shrapnel wounds and extreme damage to his arms and legs. He was sent to Trippler Army Medical Center in Hawaii in an attempt to salvage his limbs, but after 18 months of treatment the doctors recommended bilateral amputations below the knee. Dennet was sent to Walter Reed Army Medical Center for the procedure on September 11, 2006 – five years after the events of 9/11 inspired him to join the Army.

By March 2008, Dennet was medically cleared to return to duty, where he was assigned to the Joint Improvised Explosives Defeat Organization at the Pentagon. In August 2012, Dennet completed his medical board and military retirement process.

Today, Dennet, his wife and their two children live in Derwood, MD where Dennet can remain close to medical care at Walter Reed. “We love our home and I’ve renovated most of it, but it’s not set up for a wheelchair or for someone who is a double amputee like myself. Currently I’m helping raise our infant son and my stepson. When the baby is a little older or in school, I want to go back to college to study Biomechanics. I want to one day file a patent on a prosthetic foot I designed. I want to one day design and build prosthetic limbs.”

As for the passion Dennet feels about his life and accomplishments, he says “I’m driven by time. I want to see and do as much as I can before I die. Life is short, days feel shorter the older you get, time is precious don’t waste it. Love as much as you can. My dream is to be out of debt and able to live simply and within reason with a happy and healthy family. An important life lesson I’ve learned is that life is about love and family.”

The Gary Sinise Foundation looks forward to building Dennet and his family a home where they can live debt free and build a lifetime of beautiful memories.