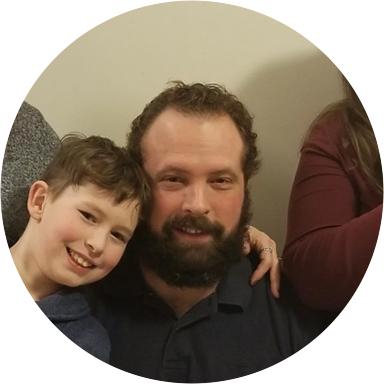 ​Retired U.S. Army Sergeant Christopher Kurtz enlisted in the U.S. Army in February 2009 to turn his life around. Serving in the military would be a pivotal step to attaining higher education, honoring the legacy of his relatives who previously served in the armed forces, and, above all, integral to supporting himself and his future aspirations.

He deployed with the 101st Airborne Division to the Arghandab River Valley region of Afghanistan on June 13, 2010, where almost immediately from their very first mission, encountered combat situations daily. It was later that year while on a foot patrol in December, when a remote improvised explosive device (IED) detonated nearby where Christopher was walking.

The blast tore through his legs. He lost two fingers on his left hand and broke his pelvis in three different places. Once stabilized on the battlefield, Christopher was evacuated to Kandahar Air Field then to Landstuhl, Germany before arriving at Walter Reed Army Medical Center to undergo additional surgeries where both his legs were amputated above the knee. After four years of active duty service, Christopher medically retired from the Army in 2013 with the rank of Sergeant.

As a Restoring Independence Supporting Empowerment (R.I.S.E.) specially adapted smart home recipient, Christopher and his wife, Heather, as well as their daughter, son, and grandson are enjoying the improved quality of life and independence that their new mortgage free home is providing. The financial freedom that the home affords the Kurtz family is well deserved after their shared service and sacrifice.