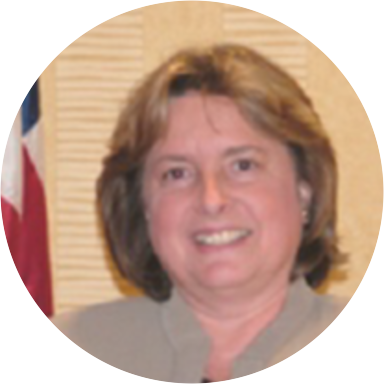 Phyllis was an employee of the Armed Services YMCA San Diego for over 15 years. Phyllis started in 2005 as Program Director for the Active Duty programs and by late 2006, was promoted to Executive Assistant to the Executive Director of the Armed Services YMCA. In 2014, Phyllis became the Finance and Human Resources Manager, followed by a promotion to Director of Finance and Human Resources in late 2015.

Over the last 19 years Phyllis has been involved in the recognition and welfare of our nation's military members and their families through various organizations, helping them with financial needs, recognition, and educating the community and law makers on the importance of the military in our community.

Originally from Vermont, Phyllis enlisted in the United States Navy and finished nearly 23 years of service with her last tour in San Diego, CA. Phyllis has lived in San Diego since 1989 with her husband of 25 years, Larry. Phyllis is honored to be considered to be part of the Gary Sinise Foundation San Diego Chapter Board.