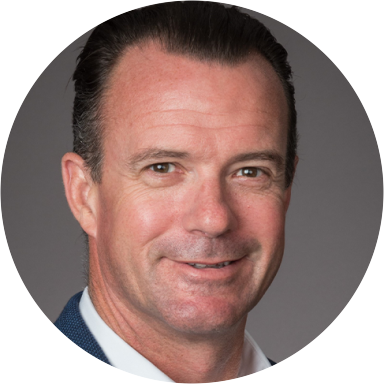 Mike Ragsdale has 20+ years in the United States Intelligence Community, and has extensive experience building and leading teams and programs, detecting, analyzing, and mitigating threats, and thriving in ambiguity.

Mike joined the Navy in 2002 as an Intelligence Officer. During his time in the Navy, Mike completed two deployments to the Middle East: one as an Air Intelligence Officer with a F/A-18 Hornet squadron on board the aircraft carrier USS George Washington (CVN-73), and the other as an Interrogator with a Special Operations Task Force in Iraq.

Mike received his MBA from the University of California San Diego (UCSD) in 2021, and is on the Advisory Board at two SAAS tech companies, advising them on all things corporate intelligence, with a cybersecurity focus. Mike lives in San Diego and is a proud husband and father of two little girls. Mike is honored to serve on the Board and is excited about being able to further the mission of the Gary Sinise Foundation.