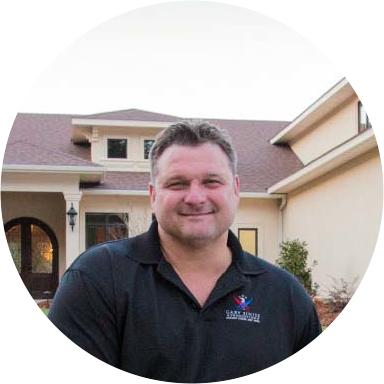 In 1989, John Masson enlisted in the U.S. Army as part of his family's multi-generational tradition of military service. He has served in the 1st Armored Division in support of Operations Desert Shield/Storm, the 82nd Airborne Division, the Indiana Army National Guard with the 151st Infantry Detachment (LRS), and earned a RANGER Tab as well as his Green Beret and Special Forces tab. In 2006, he was deployed as a Special Forces Medical Sergeant (18D) with the 20th Special Forces Group (Airborne) in support of Operation Iraqi Freedom and Operation Enduring Freedom in 2008. Two years later, he was deployed to Afghanistan serving on ODA 2325.

On October 16, 2010, while conducting Village Stability Operations in Kandahar Province, John stepped on an improvised explosive device (IED) losing both his legs and his dominant left hand. Immediate medical treatment by his fellow Medical Sergeant and teammates saved his life. John was then taken to his family and friends at Walter Reed Army Medical Center for further surgeries and recovery. While working countless hours with an amazing staff of doctors, nurses, therapists and volunteers, John was medically retired from the Army in 2012 having served for sixteen years.

In addition to his Ambassadorship for the Gary Sinise Foundation, John has spoken at military fundraising events held by Carrington Charitable Foundation, Veterans Airlift Command, Help Our Military Heroes (HOMH) and Ride2Recovery.