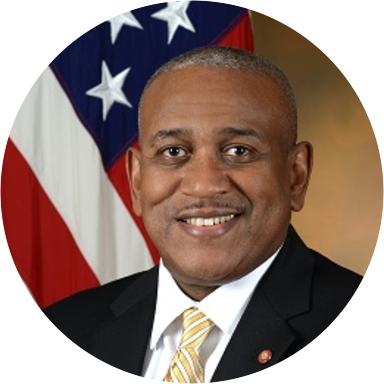 Mr. Allie Braswell is an accomplished entrepreneur, author, and civic leader with diverse experiences in business, public speaking, and community engagement, as well as, leadership, technology operations, and human resources. Allie is the Vice President of Diversity, Equity, and Inclusion for VyStar Credit Union in Jacksonville, Florida. He is responsible for leading VyStar’s efforts to be recognized by its members, employees, peer institutions, and the community as a leading model for diversity, equity, and inclusion. He is also the founder of The Braswell Group, whose major objective is to assist organizations in achieving inclusive, high-performance cultures while simultaneously building bridges that connect them with their local and global communities through support, education, and social responsibility.

Allie served more than 12 years in the U.S. Marine Corps in various roles, culminating as a Signal Intelligence Analyst, Cryptologic Linguist (Bahasa Indonesia), and Cryptanalyst in support of national operations while assigned to the National Security Agency. He served in numerous locations in the United States and overseas, including Japan, Korea, Iraq, and Spain.

Mr. Braswell was President of the Central Florida Urban League, and served on the National Urban League's Housing Task Force and Jobs Task Force. Prior to leading the Urban League, Allie was a member of the Walt Disney Parks and Resorts Global Strategies for Diversity and Inclusion team, responsible for leading the segments corporate social responsibility efforts.

Allie has served on the federal level as a member of the Secretary of Veteran Affairs Advisory Committee for Minority Veterans and continues to serve as the Civilian Aide to the Secretary of the Army for the State of Florida (Central). He continues to serve our local community as the Chairperson for the Orange County Sheriff’s Office Citizens Advisory Committee, Member of the Garden Theater Board, and as a Member of the Valencia College Peace and Justice Institute Advisory Council.

His community service has been recognized with his 2015 selection as a “Veteran of Influence” by the Orlando Business Journal. In 2017, he was honored with the Whitney M. Young Service Award by the Boy Scouts of America, and in 2018 he received the Phi Beta Sigma Fraternity, Inc., Gamma Delta Sigma Chapter’s New Member of the Year.

Mr. Braswell’s published works include “Rekindling the Passion: Restoring the Joy and Purpose to Your Life” — a personal journey of development toward one’s personal greatness. He holds a Bachelor of Science degree in Information Technology from American Intercontinental University and a Master of Arts in Human Resource Management from Webster University.