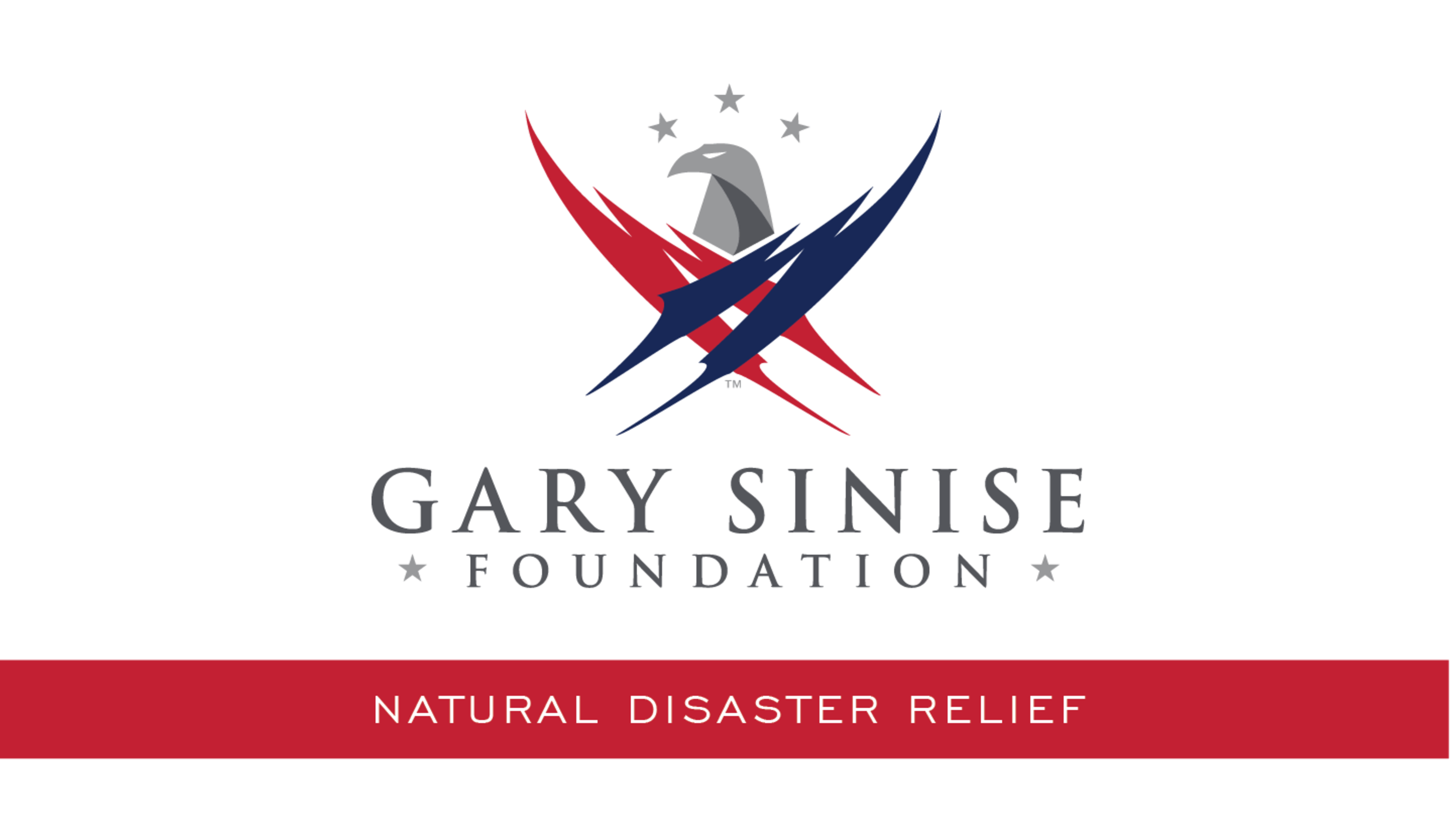 In response to the recent outbreak of wildfires and Hurricane Laura, the Gary Sinise Foundation is providing assistance to first responders and those in need around the country. With cleanup and recovery efforts underway, the rebuilding of communities affected by natural disasters has placed additional demand and stress upon rank and file first responders.

For its part, the Foundation is working tirelessly to support these community heroes with essential grant funding to purchase needed equipment and gear. We're also providing meals to first responders, and national guard members called to disaster zones.

The Gary Sinise Foundation provided Tyndall’s Airmen and families a free meal on Oct. 2 at Tyndall Air Force Base to assist in relief efforts following Hurricane Sally. “We provide complete support to our defenders before, during, and after the battle,” said Hannah Luppino, director of events. “Our programs help bridge the gap between our defender and civilian communities.” 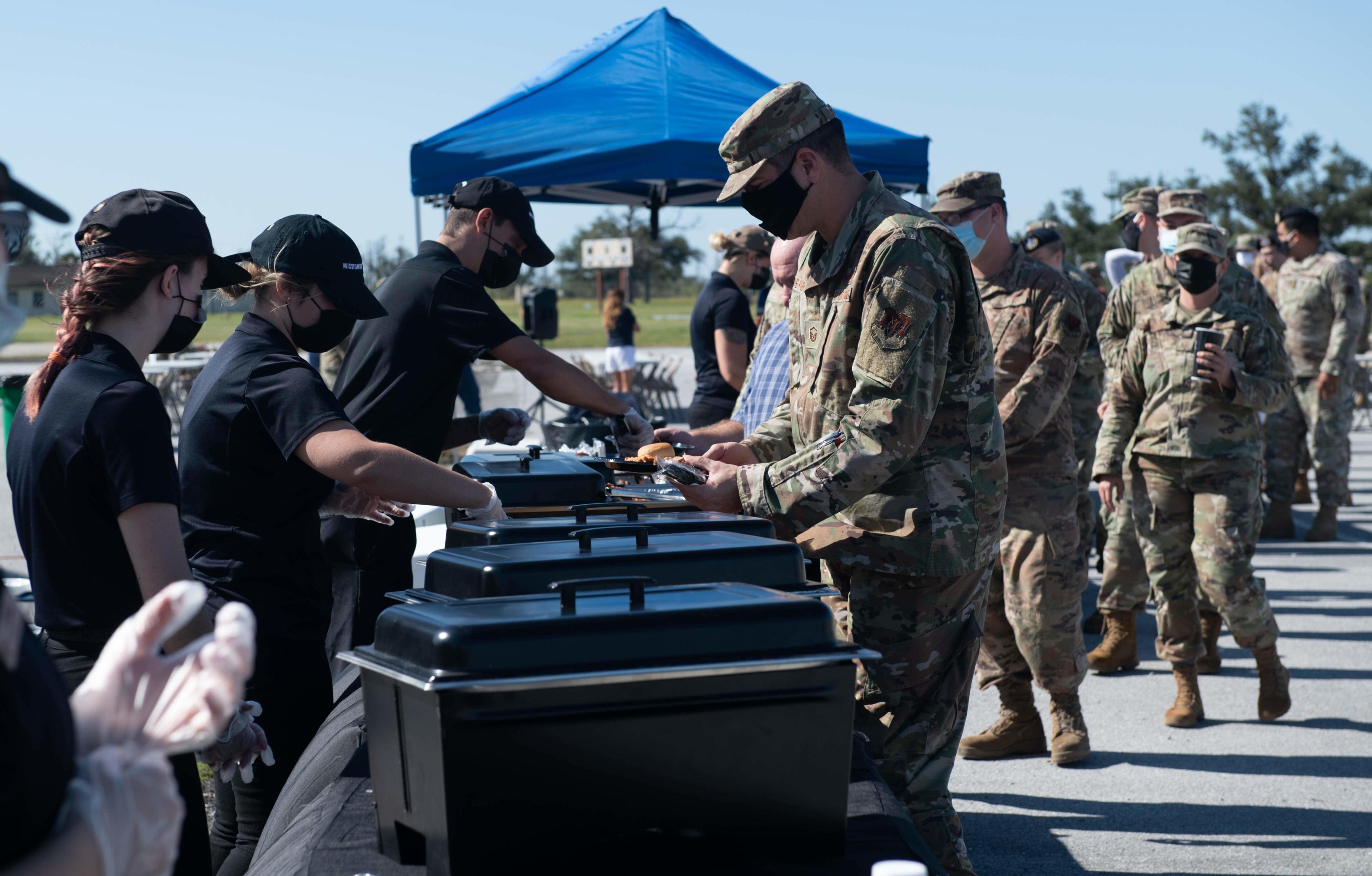 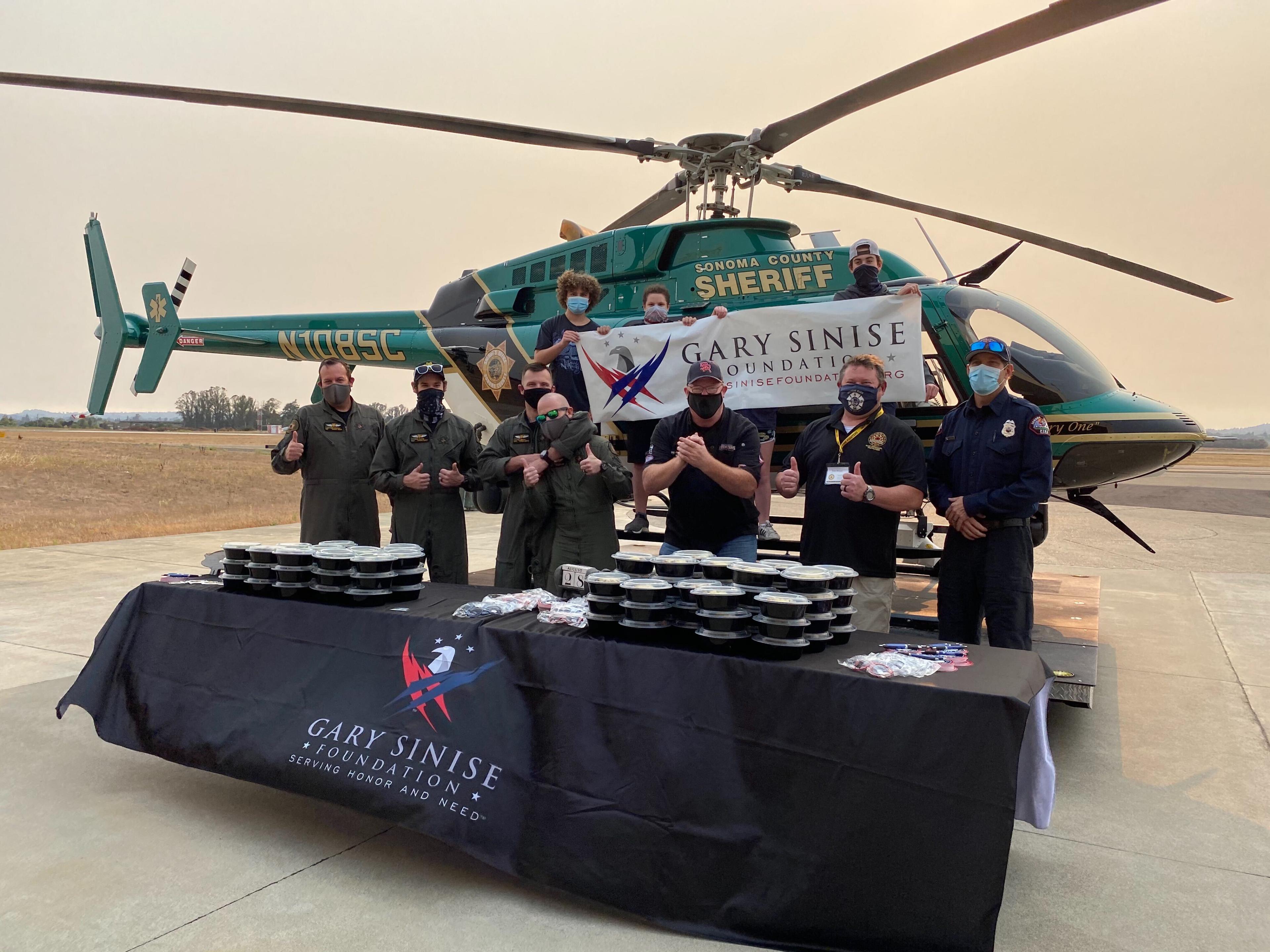 Serving Heroes provided hurricane relief in Orange, Texas, by providing 200+ meals to first responders with the help of Operation BBQ Relief. First Responders Outreach is also providing polos shirts for police officers who don't have time to do laundry and often go through multiple shirts a day.

First Responders Outreach supplied the LAFD with a $25,000 grant to purchase 212 wildfire tools for the fire season. This gear will be distributed to 8 LAFD stations around the city. 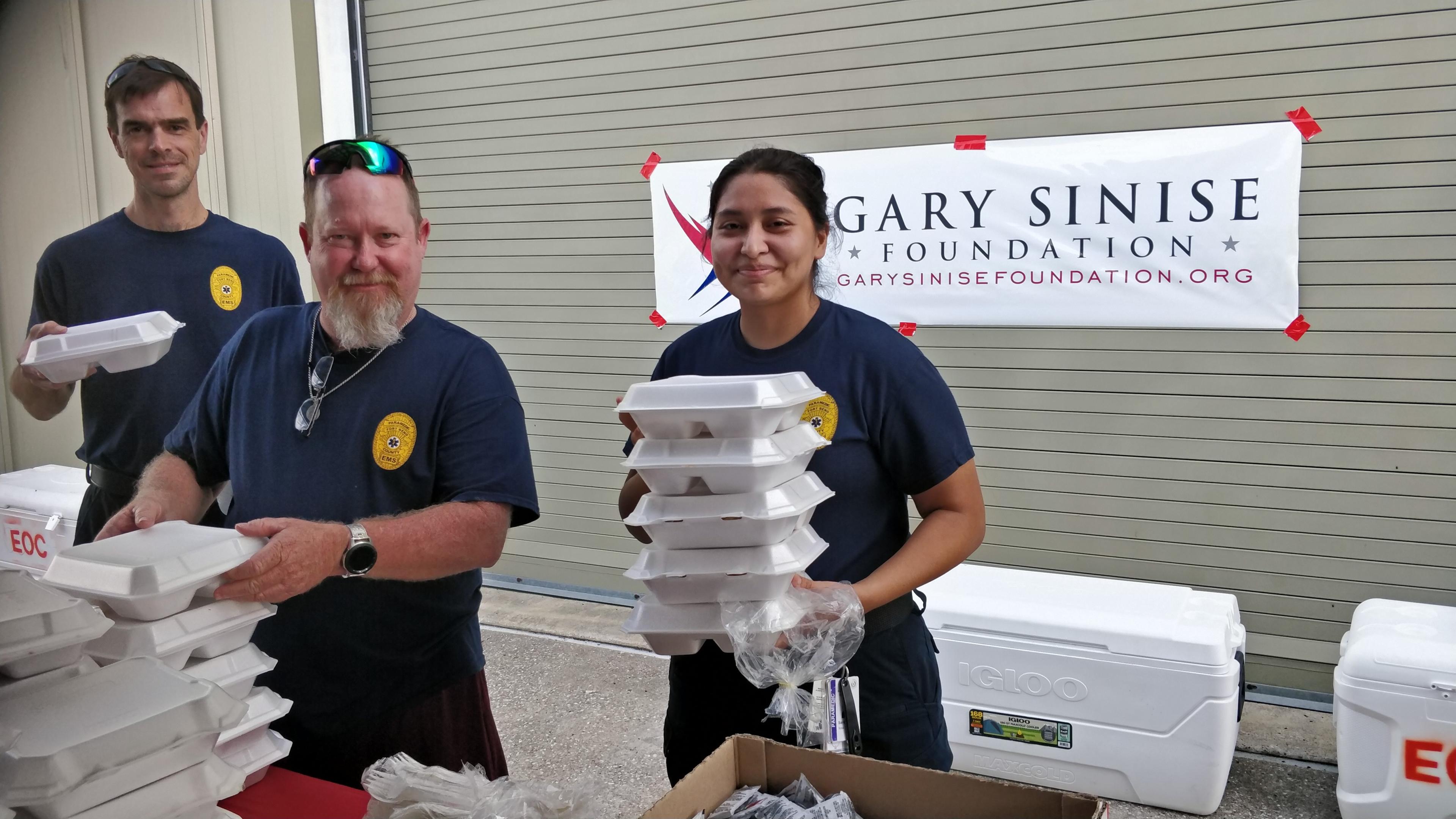 The Foundation supplied 36-ounce hydro flasks — 200 in total — to firefighters containing the Lake Fire, which has been burning in Los Angeles County since August 12. 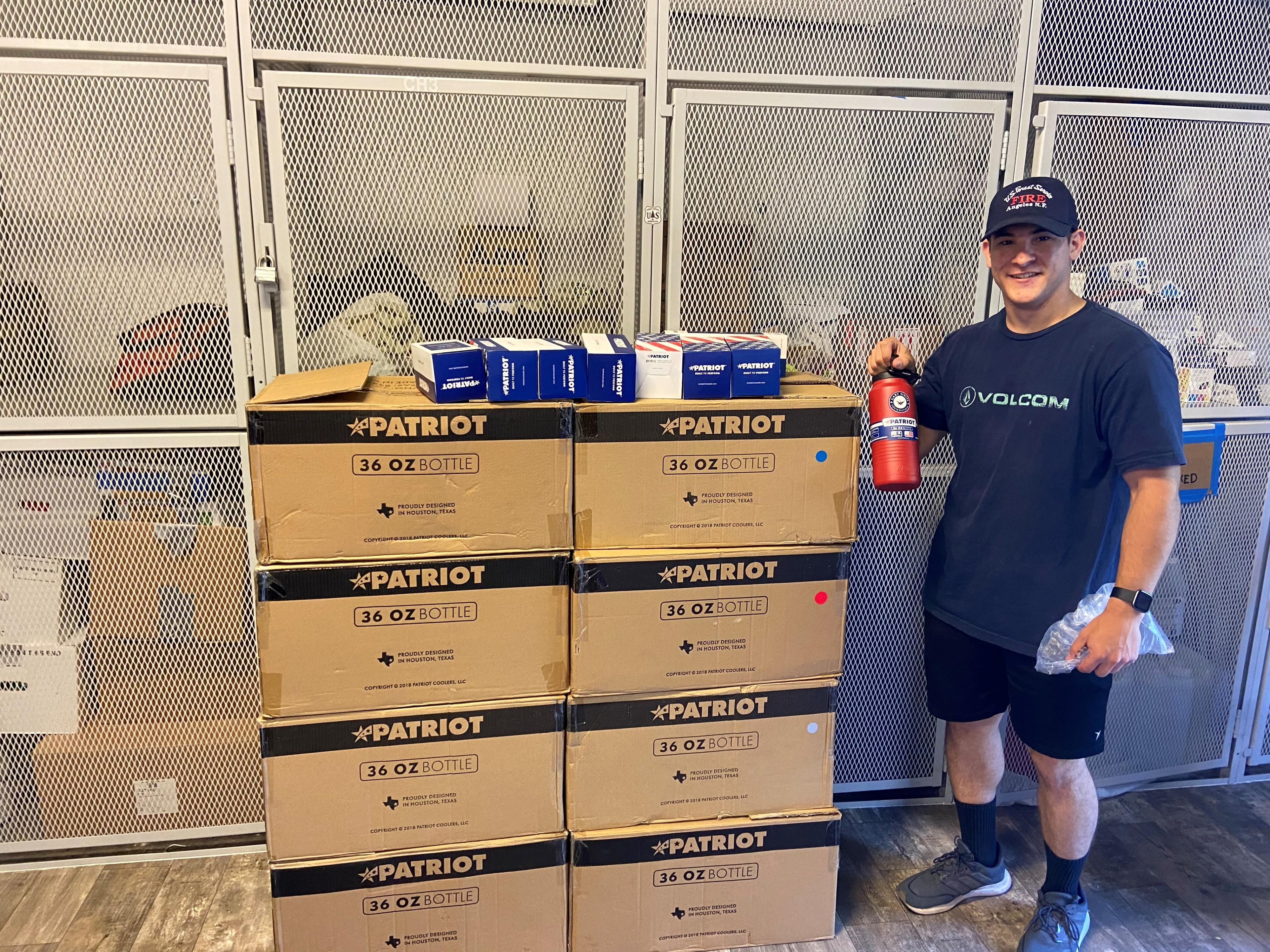 Through your continued support and generosity, the Gary Sinise Foundation will do its part to ensure our nation’s heroes and their loved ones are receiving the support and resources needed to overcome crises facing our country.